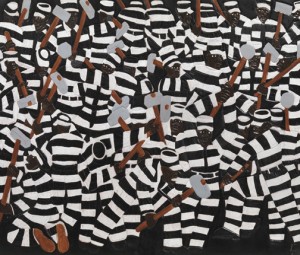 The Life and Times of Winfred Rembert

In this moving documentary, the artist Winfred Rembert relives his turbulent life in the segregated South and the injustice and bigotry he experienced as recently as the 1960s and 70s. The film is abundantly visualized by his extensive paintings depicting the day-to-day existence of African Americans in that era; his indelible images of toiling in the cotton fields, singing in church, dancing in juke joints, and working on a chain gang are especially powerful. In a series of intimate reminiscences, the film shows us how even the most painful memories can be transformed into something meaningful and beautiful.

Rembert, now in his 60s, and film producer and Montclair resident Mark Urman will introduce this not-to-be-missed documentary that preserves an important, if often disturbing, chapter of American history. After the screening, film director Vivian Ducat, Rembert, and Urman will participate in a question-and-answer session.

For more information on the film, visit www.allmethemovie.com.