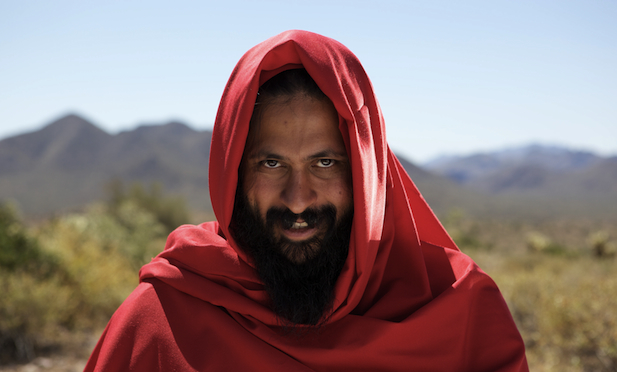 At MFF, we take our laughs seriously. For Opening Night, we feature The Oranges with a tremendous ensemble cast including Oliver Platt appearing in person. We have a whole comedy section that includes 2 Days in New York (starring Chris Rock); Kumaré (pictured above) about a Borat-style stunt involving a fake guru); live-improv featuring comedians from the Daily Show with Jon Stewart called The-What-Is-It, Kathleen Turner in The Perfect Family playing a Catholic matron in deep denial, the latest film from Humpday director Your Sister’s Sister, and a new documentary on the king of late night Johnny Carson.