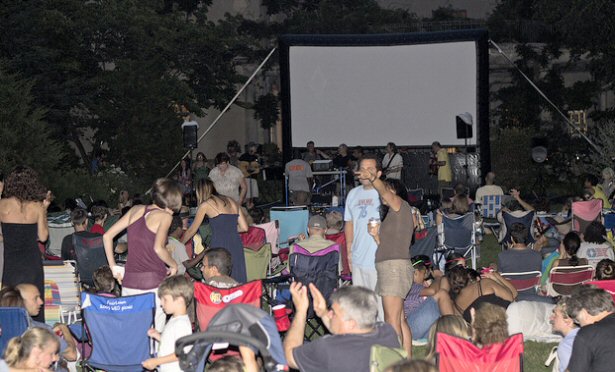 Van Vleck House and Gardens provided a lovely setting last Friday evening to watch Raiders of the Lost Ark projected on an outdoor screen under the stars.

Friends of all ages, families, neighbors, and even some “date-nighters” converged at the delightful Gardens to watch the second film in the Montclair Film Festival’s Free Summer Screenings Series. 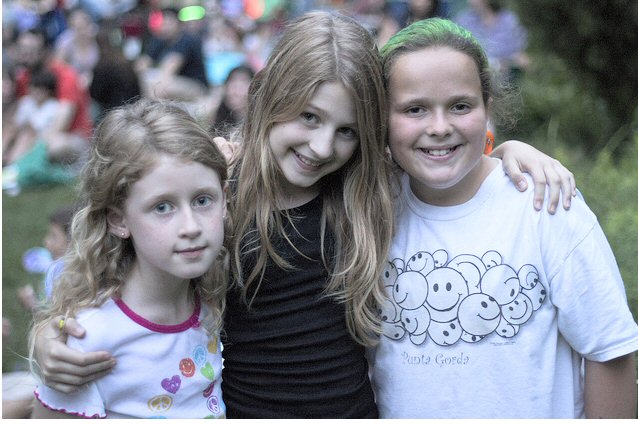 A light drizzle at the start and sticky air all evening did not deter film fans from enjoying one of the most well-known and beloved action-adventure movies of all time. Before Indiana Jones appeared on the screen, the crowd was entertained with a live performance of acoustic folk rock by David Sobel and Tim Kennedy.

Kids were given glow sticks and waved them excitedly as the film began and many in attendance were humming the familiar “Raiders March” throughout the evening.

Montclair Film Festival’s Free Summer Screenings Series continues with two more films: Big (August 10th) and The Breakfast Club (September 6th). Click here for program flyer and click on the link below to view the Facebook album for the Raiders of the Lost Ark screening :