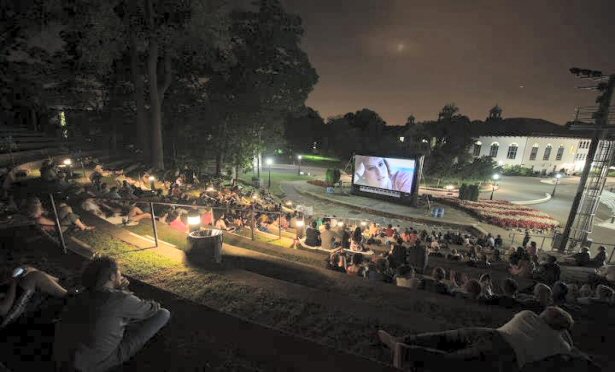 The Montclair Film Festival ended its Summer Movie Series with the showing of the John Hughes 1985 classic, The Breakfast Club–arguably one of the all-time best high school flicks ever made, and one of Hughes’ most identifiable works. 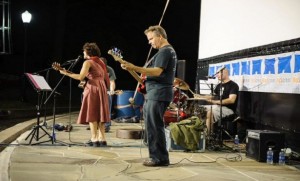 This film strikes a chord with everyone who sees it, and tonight was no different. Pre-movie entertainment consisted of a collection of some of the best music from the 80s (Tom Petty, Pat Benatar, Modern English….) by  a Parents Who Rock band, The No Rehearsals which got the crowd in the mood for one of the best, hard-hitting films of that era. They seemed excited for this film to begin, especially given the success of all the previous summer screenings. And it turned out to be a breezy and beautiful night to watch an outdoor film under the stars, despite a few raindrops that fell during the film’s opening scene.

Although set-up in Montclair State University’s Ampitheater, this certainly wasn’t just a student event; the film crowd was of varying ages, both young and old in attendance. No doubt the group was made up of those who remembered The Breakfast Club from seeing it in theaters in 1985, those who have been introduced to the classic on VHS and DVD, and of course, even those who had never seen the film before. The crowd easily exceeded 250 individuals, and as with the previous outdoor showing of Big, this movie attracted passers-by all night.

Everyone especially enjoyed hearing the multitude of classic lines from this film, such as; “So it’s sorta social, demented and sad, but social, right?”, and “Does Barry Manilow know that you raid his wardrobe?”

The Breakfast Club does a masterful job of bringing you back to your teen years, bringing up memories of the ‘cliques’ back in high school and how they were so different and yet, so very much alike. It’s really a timeless theme about five very different teenagers who for one reason or another ended up in detention, and quickly became a group who recognized the need for support and encouragement.

With the summer ending on a high note with the successful showing of The Breakfast Club, I look forward to future showings of more classic movies presented by the Montclair Film Festival.