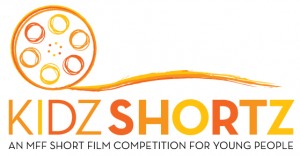 (Montclair, March 1, 2013) -The Montclair Film Festival today announced the winners of their 2013 Kidz Shortz Filmmaking Competition, now in its sophomore year. Once again, it was a great success in keeping with MFF’s mission of nurturing and showcasing talented filmmakers from around the world while creating a cultural focal point for the Township of Montclair and its neighboring communities.

Kidz Shortz ’13 saw 111 registrants from three countries, 23 states and 17 different towns in New Jersey. Said Jury member Chris Gifford, creator of Dora the Explorer about the entries: “They were totally refreshing. These young filmmakers are bold, inventive and fearless. I was knocked out by the variety of approaches they took in telling their stories. The technical craftwork was especially impressive.”

The Kidz Shortz Awards Ceremony will be held on March 28 at The Clubhouse on Glenridge Avenue in Montclair at 7:00 pm. For the second year in a row, it will be hosted by beloved actor Roscoe Orman, best known for playing Gordon on Sesame Street. Winners will receive free digital filmmaking classes at the Montclair Art Museum and their films will screen during the annual Montclair Film Festival, April 29-May 5.

Become a member of The Montclair Film Festival at http://www.montclairfilm.org.

About The Montclair Art Museum
The Montclair Art Museum, a notable, community-based institution with an international reputation, boasts a renowned collection of American and Native American art that uniquely highlights art making in the United States over the last three hundred years.  The Museum’s education programs serve a wide public and bring artists, performers, and scholars to the Museum on a regular basis.  The Montclair Art Museum is located at 3 South Mountain Avenue in Montclair, N.J. Information and directions are available at www.montclairartmuseum.org.

About Barista Kids
Barista Kids is a hyperlocal blog with a mission to make life a little easier and a lot more fun for parents in Baristaville.  For information on advertising, write to ads@baristakids.com.  Send press releases and tips to tips@baristakids.com.

Kids Shortz is sponsored by American Express and made possible with support from the Montclair Art Museum and Barista Kids.