The What-is-It, a one-of-a-kind Montclair Film Festival Event that debuted at the inaugural film festival last year, was well-received from a near-full house at MKA on Saturday night.

Daily Show producers/writers and stand-up comedians Rory Albanese, Adam Lowitt and Elliot Kalan (after performing about five minutes each of their respective routines) satirized educational videos of the ‘50s and ‘70s in the style of RiffTrax and Mystery Science Theater.

Festival Artistic Director Thom Powers assured the audience that these events would never occur anywhere else the same way again. 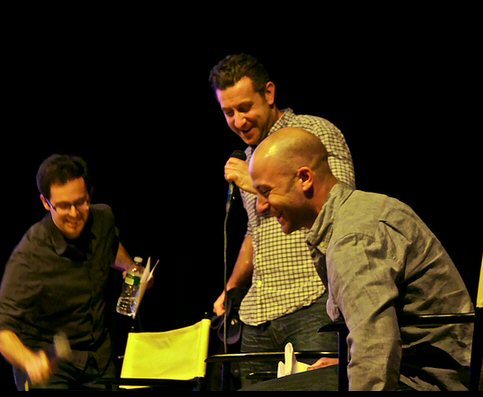