As if our town didn’t already have so much to offer, the Montclair Film Festival’s opening night screening of Twenty Feet from Stardom on Monday, April 29th at Montclair State’s University beautiful Alexander Kasser Theater and after-party has given me reason to love Montclair that much more.

From a glimmer in Co-Founder Bob Feinberg’s eye to a full-blown star-studded festival in just two years,  the Montclair Film Festival has taken off at a pace that few people could have imagined. Or did they plan it all along? 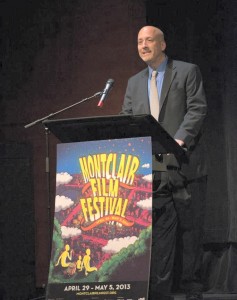 From the get-go,  Festival organizers dared to dream big. Now, at the tender age of two, the Montclair Film Festival is no rinky-dink, small town festival showing films that you’ve never heard of. The buzz in town rivals that of Park City in January or Tribeca in April,  where the whole town is overrun with filmmakers, film lovers, celebrities and press, and the topic of conversation most overheard at your favorite downtown restaurant is which event or screening is the hot ticket of the day.

No doubt that one of the Festival’s hottest tickets was the premiere screening of Twenty Feet From Stardom,  a documentary feature about the lives of back-up singers, which quickly sold out in advance. The film unspooled to a packed house and in attendance were not only the film’s director, Morgan Neville, and local music historian, Warren Zanes, but a special appearance by the main subject of the film, the legendary back-up singer, Darlene Love. 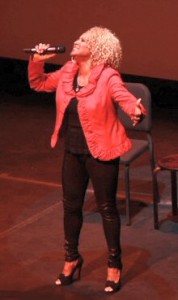 The film laid bare the highs, lows and in-betweens of some of the world’s most successful back-up singers,  the legion of mostly African American (and mostly female) unnamed singers  whose voices you’ve heard on countless recordings from the likes of Joe Cocker, The Rolling Stones, Elton John, Michael Jackson and Stevie Wonder. Featuring interviews with major artists like Sting, Bruce Springsteen, Mick Jagger & Luther Vandross, the real stars were the singers themselves, finally getting a well-deserved spotlight of their own after years performing in the shadows of others.

Focusing primarily on three legendary singers, Darlene Love, Merry Clayton, and Lisa Fischer plus one younger up-and-comer, Judith Hill, Twenty Feet from Stardom featured several mind-blowing vocal performances. Highlights included candid moments such as Darlene Love reuniting with The Blossoms in the studio for the first time in over 30 years, and Luther Vandross sitting around a dining room table with a small group of singers belting out gospel tunes. A rare clip of a young David Bowie recording Young Americans with his group of soulful back-up singers was pure Nirvana to any fan of ‘70’s rock music. And Merry Clayton’s searing isolated vocal track on Gimme Shelter sent even this discriminating crowd into spontaneous applause.

After the credits rolled, Darlene Love took the stage and gave a rousing and passionate performance of Lean On Me, followed by a brief Q&A with Morgan Neville moderated by MFF’s Artistic Director, Thom Powers. 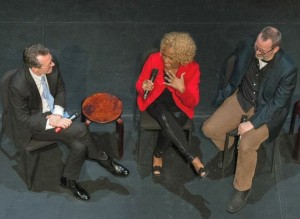 The crowd then enjoyed cocktails, lively conversation and hors d’oeuvres on the theater’s outdoor patio. Based on last night’s event, and what’s sure to be an exciting week ahead,  the two Roberts (Redford & Deniro, of course) might want to keep an eye on their latest competition, the Montclair Film Festival, quickly turning out to be the little film festival that could. 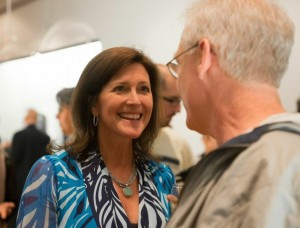 Click below to watch video footage of the MFF 2013 Opening Night Gala:
https://www.youtube.com/watch?v=eNjVRM_k5V4