Arriving at the MFF screening of his directorial debut, Geoffrey Fletcher, the Academy-Award-winning screenwriter for Precious, was gracious and charming, and eager for the audience to see Violet & Daisy, his first feature film. “Watch it with an open mind,” Fletcher urged. “The film starts and ends in starkly different places . . . it’s different from Precious . . . different from anything else.” 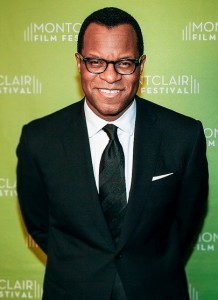 Both written and directed by Fletcher, Violet & Daisy tells the story of two teenage girls, Violet and Daisy, who become guns-for-hire to earn money to buy extravagant dresses from a coveted fashion designer. Violet is the ring leader, with a cool depravity toward victims but genuine affection for her friend. Daisy is younger and more thoughtful; the one who suggests milk with her cookies and believes everything she is told. They wind up in the company of their latest target, a paternal figure played by James Gandolfini, where a hilarious, chilling, tumultuous, and ultimately poignant afternoon together not only alters their plans, but impacts their future. Violet & Daisy will open nationally in theaters on June 7th.

Following the film’s screening, Fletcher delighted filmgoers with a lively Q&A session, sharing insight on his creative process, and intel behind the scenes. “The idea [for the story of Violet & Daisy] came before Precious . . . I love so many different genres of film . . . this has a fable-like way [about it]. There are a lot [of films made about] boys in the universe and I wanted to explore the girls . . . in subjects of love, family, trust, and redemption”. 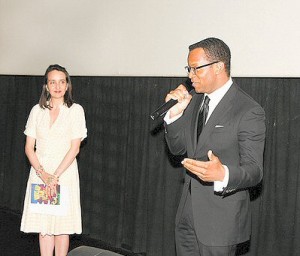 Fletcher and his producer John Penotti spoke of the casting of the two lead girls. “A lot of actresses wanted to be in the film, and we did internet readings from London, LA, New York, all over . . .” said Fletcher. “There are so few parts where the actresses drive the plot.” Penotti concurred, “The girls went for it.”

The MFF audience lauded the film’s cinematography, to which Fletcher attributed to “working beautifully” with his cinematographer Vanja Cernjul. “Vanja is very film literate, and we developed a short-hand [language] very quickly.” The filmmaker dodged questions about the imagery in the film, encouraging the audience to make their own decisions. When pressed, he did share one item. “The plane imagery is tied to Violet’s mother. But that’s all I’m telling you!” he teased.

After the screening and Q&A session, Fletcher was surrounded by audience members raving about the film. He smiled and thanked everyone, then said with a wink, “Think about [the film], and over time there will be more to it, tomorrow, the next day . . .” And with that, Fletcher was whisked away to his next MFF event.