In a sold out showing, Iceberg Slim: Portrait of a Pimp made its domestic debut at the 2013 Montclair Film Festival. A long line of people waited in a stand-by line to claim what ended up being only a few empty seats in the theater.

Iceberg Slim, the nom de plume of the author Robert Beck, wrote PIMP: The Story of My Life (1969), his famous and loved autobiography about his first 42 years of life as a working pimp. The film examines the life of Robert Beck and the context of his writing career. Cycling through interviews with those influenced by Beck’s writings (Ice-T, Quincy Jones, Snoop Dogg, Chris Rock, Henry Rollins, and Katt Williams), scholars, voice-overs taken from PIMP, and interviews with Beck himself the film lays out the first half of the subject’s life.

Beck was a very talented student; invited to the Tuskegee Institute at the age of 15. The film suggests that Beck was pushed towards a life of crime by a tumultuous childhood. Beck spent the first half of his life in and out of prison, working as a pimp and petty criminal in the ghettos of Chicago. There he developed a debilitating drug habit. An addiction to cocaine and heroine eventually got Beck locked up in solitary confinement for 9 months.

Upon his release from solitary confinement Beck vowed to renounce his old life. Beck went out to California to reconcile with his mother and quickly began a family with his first wife Betty. Working as an exterminator to support his four children, Beck would come home and regale his wife with stories of his former life. In time she began to transcribe these stories, which would become the first draft of PIMP. 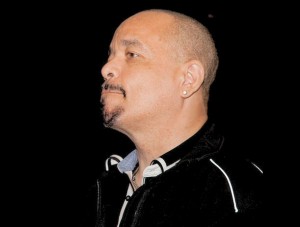 Once PIMP was printed, Beck’s writing career took off. He wrote seven books in total, each of them chronicling stories of people who live on the fringes of society. Outcasts ushered out of acceptance for “ethical” transgressions. Beck wanted to deglamorize the outlaw lifestyles of pimps and hustlers through a gritty depiction of these lifestyles. PIMP and his other novels however still inspired new people to gravitate to such behavior. In an interview, Ice-T, who named himself after Iceberg Slim, claims that as a young pimp he tried to use the book PIMP as a guide.

While Ice-T, the film’s producer, is the largest name associated with the film, it was Ice-T’s manager and business partner of 28 years, Jorge Hinojosa who conceived of and directed the film. Ice-T said of his role in the film that “Jorge would just show me clips, and I was like dope.” 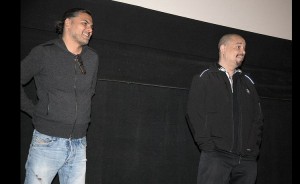 During the Q & A session with Ice-T after the screening, the rapper insisted that Mr. Hinojosa read the works of Iceberg Slim as a prerequisite to becoming his manager.