Directed by George Tillman Jr. who is also known for films such as Faster, Notorius, and the hit Soul Food, The Inevitable Defeat of Mister & Pete takes us into a Brooklyn, New York housing project and introduces us to best friends, Mister,14 and Pete, 9 as they try to survive alone during a sweltering New York summer after both of their mothers are arrested.

Mister’s mother, Gloria is played by academy award winning actress and R&B powerhouse Jennifer Hudson and Martha Millan from Entourage plays the role of Pete’s mom. Packed full of heavy hitters in film, The Inevitable Defeat of Mister & Pete successfully brings to life a coming of age story with a wonderful plot twist that is a must see.

A true gem of the Montclair Film Festival, the film kept me wanting more from young actors Shylan Brooks as “Mister” and Ethan Dizon as “Pete”. 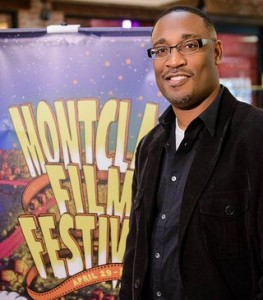 Following the screening, there was a Q & A session with Director George Tillman Jr. sharing his own journey of rejection, defeat, and finally triumph, as the film has gotten more than one incredible audience response having also shown at the Sundance Film Festival. The response at MFF was incredible in a standing room only theater at the Clearview Clairidge Cinema in Montclair; the overall consensus of the room was that this film NEEDS to be seen and that Hollywood needs Writer, Director, Producer extraordinaire George Tillman Jr., the “Mister” of film.

View highlights of the screening below.