Moviegoers were greeted on the steps of the Montclair Kimberley Academy by a fire eater in a green kilt and face paint, much to the delight of parents and children alike as they headed in to see Judd Ehlrich’s Magic Camp. 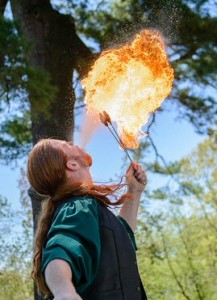 Children from across the country attend for one week every summer to perfect their magic acts and techniques. It’s a place where no one blinks at frequent displays of sleight of hand or even someone strolling through the crowd in an inflatable sumo wrestler costume.

The demographic at Tannen’s is primarily white and male, ranging from pre-teens to high schoolers trying to decide the next step in their lives. There are few female students, and those who do attend often have to struggle against the stereotype of the magician’s assistant. The common thread that binds them all together, however, is a shared love of the fantastic and a drive to become the best of the best.

The students are not only encouraged to work on their craft, but to be themselves.

“Revel in your quirkiness,” says Hiawatha Johnson Jr., one of the camp’s instructors—not something always encouraged in shy, often awkward adolescents.

Over the course of the week, the students’ acts evolve and improve. Reigning champion Reed Spool takes a risk and revamps his entire act the day before the final competition. Brian Woodbridge, a young man with Tourette syndrome, decides to embrace his condition and incorporate it into his act rather than trying to hide it, revealing the cathartic nature of such an unusual hobby. Even newcomer Jonah Conlin finds an escape in his craft when bad news comes from home.

The week at camp ends with a final competition and the top four students are awarded prizes, but there’s a sense that everyone wins. “Magic camp,” as one instructors says, “can change your life.” 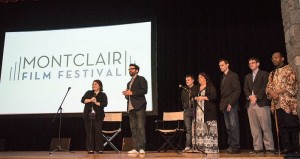 Joining Ehrlich at the Q & A session after the film were several of the camp’s instructors, as well as Reed Spool. Ehrlich, a former student of Tannen’s Magic Camp himself, filmed nearly 200 hours worth of footage during the week at Tannen’s and when following up with the students a year later. His familiarity and history with the camp helped put the instructors and students at ease with his constant presence, although he admitted that within a few days, no one paid much attention to his cameras.

When an audience member pointed out the fact that no magic secrets were revealed in the documentary, Erhlich explained his true motivation behind the film. Because Tannen’s isn’t particulary technical, he wasn’t interested in delving into the technical side of magic. He wanted to focus on the personalities—and the issues—of the people at the camp, seeking to tell stories of transformation.

Click here to hear audio of the Q & A session.