The Montclair Film Festival was host to the New Jersey premiere of Best Kept Secret, a film that had its world premiere at the International Film Festival of Boston where it took home the Audience Award for Documentary prize. After a brief introduction by MFF Artistic Director Thom Powers, Senator Bob Menendez took the stage and said “. . . but for a day on the calendar, the students featured in the film go from the best days of their lives to the worst days of their lives”, referring to the lack of support for individuals on the autism spectrum after graduating high school or, upon turning 21 years old.

Menendez then went on to say that New Jersey has the second highest autism population in the country and there is a gap in resources available. Menendez praised Janet Mino, Montclair resident and subject of the documentary, saying she was an extraordinary educator, a statement that was met with resounding applause. 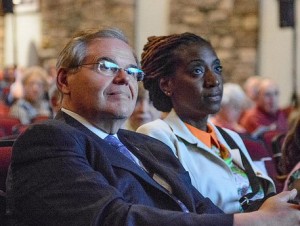 The documentary opens with a statistic that 1 in 49 children in New Jersey are on the autism spectrum. The audience is immediately introduced to Janet Mino and her 2011 graduating class at John F. Kennedy High School in Newark, NJ, a school for children with special needs ages 11-20 years old. Janet describes herself in a voice over as, “not a doctor”, not someone looking for a cure, but self-expression and language skills are her goals for her students. Throughout the movie, however, the viewer experiences her additional roles as a caregiver, champion, and guidance counselor, leading her students through role-playing, life skills lessons, and advocating for their services post-graduation. When a child on the autism spectrum leaves the school system, the care and services afforded by the state, in this case New Jersey, drops off dramatically.

Best Kept Secret honestly explores the options available to Mino’s graduating class, from Pathways to Independance to the WAE Center to part time job placement, and showcases the affordances and constraints of each resource. As Mino site visits each facility, the audience learns there is no simple answer regarding post-graduation care and placement as programming, accessibility to transportation, and enrollment costs differ among service providers. Mino considers the choices available to her students’ families and wonders in a voice over: would I want this for my own child?

Ultimately, the audience is left with the same final question, as the documentary powerfully builds empathy and care for Mino’s students and their families; and, a relatability to the emotional process of weighing the potential impacts of the choices one must make for a family member in need. Best Kept Secret ends with Mino’s graduating class transitioning to life after high school and provides updates on screen for each of the students the movie spotlights. A few continue to have the best days of their lives, but several are not as lucky. 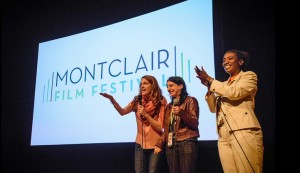 Best Kept Secret will air on PBS’ POV on September 23rd, check local listings for time. A question and answer session followed the screening. Please click here to listen to the audio.