If you’ve ever known someone in the throes of memory loss, First Cousin Once Removed strikes a note, or more of a familiar chord. For those who have had no experience with loved ones unable to remember the pieces of their lives, the film is eye-opening and perhaps disquieting. 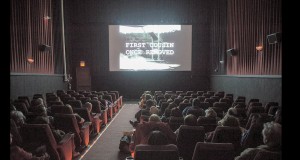 First Cousin Once Removed is screenwriter/director Alan Berliner’s touching HBO documentary about Edwin Honig, his poet cousin, thirty-six years his senior, who suffered from Alzheimer’s disease. Berliner filmed his conversations with Honig over a five year period as the poet’s health declined. Yet, Honig’s poetic essence shines through even as his language ability and memory deteriorate. Honig died in 2011 in his early 90’s. His accomplishments included publishing ten books of poetry, eight books of translation, serving as a professor at Brown University where he founded Brown’s graduate writing program, and being knighted by the Spanish and Portuguese governments.

Thom Powers, MFF’s Artistic Director, hosted the screening and has been showing Berliner’s works in his New York City film series, Stranger Than Fiction, which he conducts with his wife, Raphaela Niehausen, MFF’s Executive Director. Powers referred to Berliner as someone who is very articulate in the language of film and praised his sensitivity as a filmmaker. The New York Times has described Berliner’s works as “powerful, compelling and bittersweet…full of juicy conflict and contradiction, innovative in their cinematic technique, unpredictable in their structure…Alan Berliner illustrates the power of fine art to transform life.” 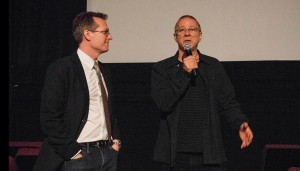 When Berliner decided that he wanted to make movies, he reached out to Honig, his mother’s first cousin, which made them first cousins, once removed. “When I realized I wanted to be a filmmaker. I realized I had a cousin who was a poet. He was very glad to hear from me because I was part of the family he left. We talked about pretty much everything…family, personhood, all topics. I became his link to our family,” said Berliner. And Honig became a mentor to him, a relationship Berliner treasured.

Each of Honig’s meetings with Berliner seemed to come as a surprise to him because each time they met, he didn’t remember exactly who Berliner was and that they had been having a series of talks. Honig says to Berliner at the start of the film, “ It troubles me that I cannot remember you after all these years. I know there’s a past and I know that I lived it.”

With all that Honig cannot remember, he is at the point in much of the film where he is still haunted by central incidents in his life that are painful for him: the death of his brother Stanley at a very young age, the early death of his first wife, Charlotte, and the estrangement of his children. In one of their dialogues, Berliner asks Honig,” Imagine you are in a film and millions of people are watching you right now. What would you say?”

Honig’s ironic response is “Remember how to forget, no more.” Indeed, as their conversations revealed, Honig’s life, despite all his honors, had much he’d rather forget.

Berliner presents a balanced portrait of the poet by showing his achievements as well as his character flaws. As his illness progresses, Honig’s verbalizations are sometimes bird-like sounds and squawks. Images of him filmed when he was in his prime are sharp contrasts to his Alzheimer-ridden self.

The film is structured to intersperse the interviews with scenes of nature, such as beautiful swimming fish in comparison to things that are not peaceful, like large wheels going round and round and fingers noisily hitting the keys of a typewriter. Perhaps these images suggested Honig’s poetic nature as well as the confusion he was experiencing.

After the screening, Berliner said, “I could not have made this film about anyone else. It was a culmination of conversations with him. I hope it makes us think about life, and love and memory and aging.”