The Montclair Film Festival continued the 2013 Summer Series with its presentation of 1997’s well-loved comedy, Men in Black. The comedy-thriller was an enormous hit that spawned two sequels. 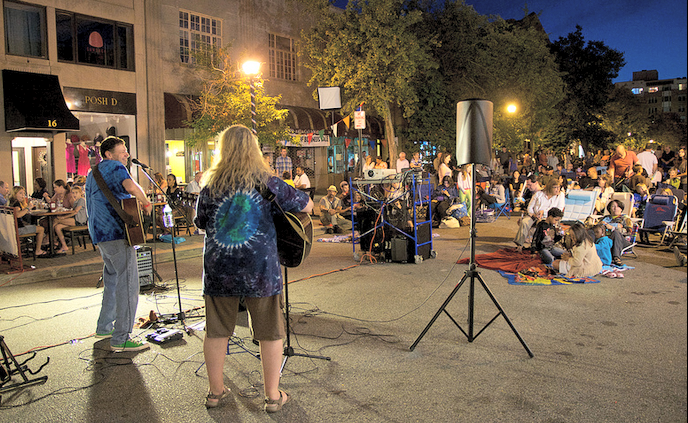 The night was clear as crowds gathered on closed-off Church Street for the start of the film and many eateries were packed as people enjoyed a late night Friday dinner. As always, the Montclair Film Festival included some great ‘pre-film’ musical entertainment for those who decided to come early and hang out with the dinner crowd. Jason Didner and the Jungle Gym Jam as well as Miguel Rodriguez from Parents Who Rock and Alma Schneider’s “The No Rehearsals” provided some ‘smooth tunes’. 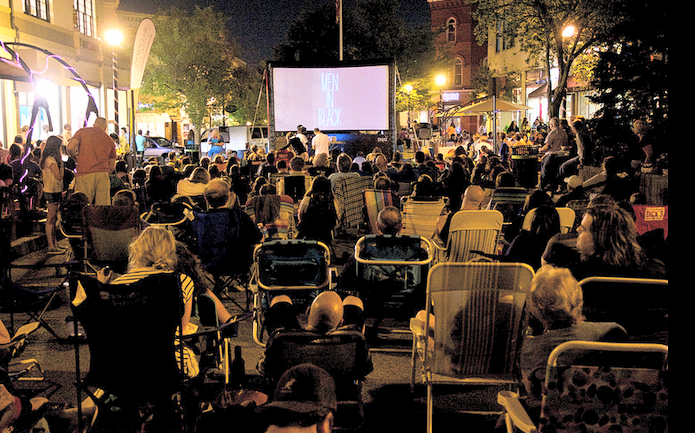 The movie started to a mixed crowd of both the younger and older generations (and some in between), all gathered in front of the screen sitting in their beach chairs, on blankets, on benches, or on just about anything they could find.

Men In Black, a film by Barry Sonnenfeld who is most well-known for his direction of The Addams Family (and its sequel) and the critically acclaimed Get Shorty, is, on the surface, a film about a police officer (Will Smith) who gets caught up in the world of intergalactic alien monitoring and supervision when he joins a covert intelligence group (M.I.B.) after he is recruited by Agent K (Tommy Lee Jones). Smith and Jones, along with an all-star cast that includes Rip Torn and Linda Fiorentino lead you in the action packed attempt to save the world from annihilation. Vincent D’Onofrio has a classic performance as Edgar the Bug, with spot on timing and some freaky body movements. Academy award winner Rick Baker provides a plethora of amazing make-up and prosthetic effects. With all of the award winning talent (Smith, Jones, D’Onofrio, Shaloub, Fiorentino, Torn) on a film like this, you can’t go wrong. Plus, Danny Elfman provided a score that works perfectly.

This was a classic summer night to come out and see a classic movie. I hope you can join us for the last offering of the Montclair Film Festival Summer Series 2013, the movie, Holes, at The Montclair Public Library, Bellevue Branch on September 6th, 2013. Click here for more details.

View more photos of Men in Black on Church Street. 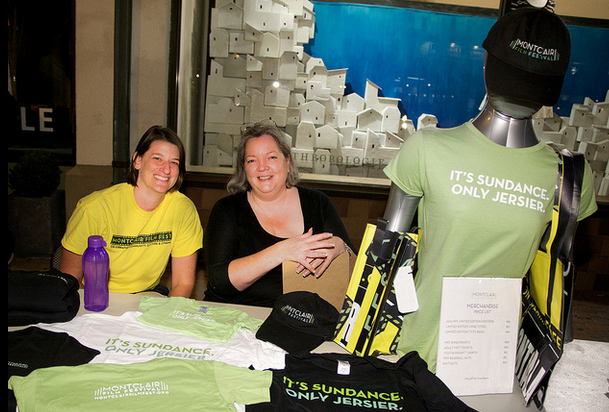