Last night at the Audible Lounge on Bloomfield Avenue, Montclair Film Festival held its free panel discussion on the New Golden Age of Television and panel member Tom Fontana summed up the main takeaway of the evening with this hashtag worthy statement:

“Every new venue is a great thing” for television.

Fontana, whose writing and producing credits include such hit shows as OZ, Homicide: Life on the Street, and Borgia was referring to the explosion of original offerings by recent arrivals Netflix and Amazon, but his comment rang true to all assembled: diversity is the fodder for good TV. 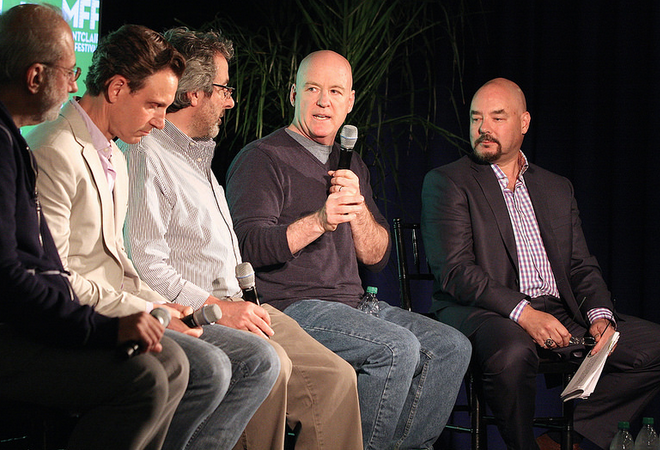 On this point the other assembled heavyweights of the small screen–AMC Executive Joel Stillerman, Executive Producer Tom Kelly (BBC America’s Copper, CBS’s Blue Bloods), Producer Warren Leight (NBC’s Law & Order: Special Victims Unit and Criminal Intent), and writer/director/actor Tony Goldwyn–seemed to agree. If today is the best moment to be creating television then it’s been rendered so through the opportunities afforded by the proliferation of new forms. First, there were the cable dramas of a decade ago, and now with the advent of the new providers such as Amazon and Netflix, everyone, it seems, is in search of good content.

Indeed, Tom Kelly said it was impossible to divest the art from the commerce in the process. The new players and the new money are allowing the writers, creators, and showrunners to take the chances necessary to create the memorable shows that are the hallmark of this moment in the life of television. 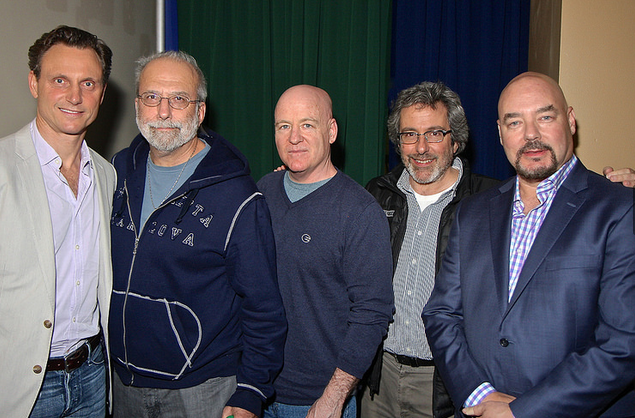 “You have to give permission to take risks and fail,” said Fontana and it was meant as much as a throw down of the glove as a soundbite or aphorism; only as the assembled TV audience continued to ask for better TV would the producers be allowed to take the chances necessary to write better TV. A golden age heralded has thus arrived.

Here are some more highlights from the New Golden Age of Television panel discussion:

1. TWITTER IS LIFE. Although each of the panel’s members had reservations at some point, its importance could not be understated. A burgeoning following, a trending comment, or a hashtag for a current episode could make or break a show.

2. APPLY THE LAUNDRY TEST. As described by Warren Leight, imagine two women folding laundry. One mentions she heard an interesting story. If you think she can hold the other’s attention through the folding of that sheet and into the next, the writer has a meaty idea.

3. TV IS CYCLES. Perhaps the most illustrative moment of the night, also by way of Tom Fontana, who estimated that there have been at least three golden ages of TV, already. The takeaway? TV is good right now, enjoy it. The economics and tastes of the audience will change at some point and the ride will begin again.

4. IT’S A GREAT TIME TO BE A NOVELIST ON TV. You can do War and Peace now and it’s not just a niche. People want immersive stories.

5. THE SOPRANOS CHANGED EVERYTHING. You could do unique, character–driven TV on a big network and get a runaway hit.

6. EXCEPT THAT “OZ” CHANGED EVERYTHING FIRST. “OZ” made it ok for A-List talent to migrate to the small screen.

7. THE WRITERS ROOM IS A MYTH. If the point is to get a bunch of writers with impressive resumes together in a room so they can order take-out, build the writer’s room. If you want exceptional scripts written, do not.

8. IT’S STILL HARD FOR WOMEN AND PEOPLE OF COLOR TO BREAK IN TO TV. The numbers don’t lie.

9. THE # IS THE NEW STANDING OVATION.

10. IT’S THE BREATH MOMENT. If the concept can take your breath for even a moment, write it. 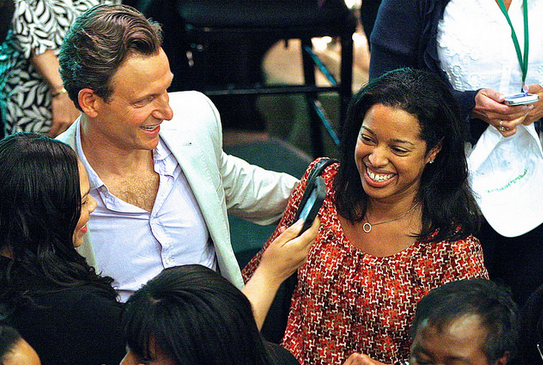