From the award-winning documentary (The Way We Get By) filmmaking team, Aron Gaudet and Gita Pullapilly make a formidable foray into feature films with Beneath the Harvest Sky, a gritty and intense coming-of-age drama set in the small northern farm town of Van Buren, Maine. It’s harvest break, a time when members of the community pick potatoes for a profit. Casper (immaculately played by Emery Cohen) and his best friend Dominic (Callan McAuliffe) have big plans after high school graduation—get out of town and move to Boston. “We were meant to leave this place together” Dom tells Casper. Dom wants to buy a sports car, so he works the harvest, but is also drawn into Casper’s version of money-making: prescription drug stealing, part of a Canadian-border smuggling operation headed up by Casper’s father and his second cousin. His Dad likens their livelihood to little fish in a sea of big-fish pharmaceutical companies. 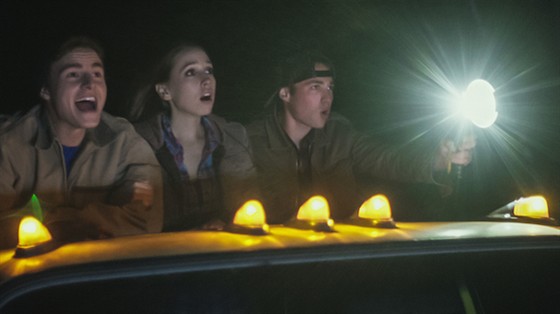 In a classic like-father-like-son tale, the audience rides along with these two teenagers on their ATVs, desperately caught between small-town life that has already been prescribed for them, and a life that they dream of in the big, faraway city. We see a glorious, splayed scene of the Sugar Mover, a farming agent used to kill the budding flowers in order to protect the potatoes below ground. There are forces that seem to be moving beyond the boys’ control. Casper’s girlfriend further derails in his plans, announcing that she’s pregnant. Dom sees Casper, his “life vest” moving more and more out of his reach. Family bonds are stronger than their friendship, and the ground holding them up is caving in. Casper tries to console his best friend with these words: “Sometimes good things have to fall apart, so that better things can fall together.” But Don is not convinced, and events take a cutting turn for the worse. 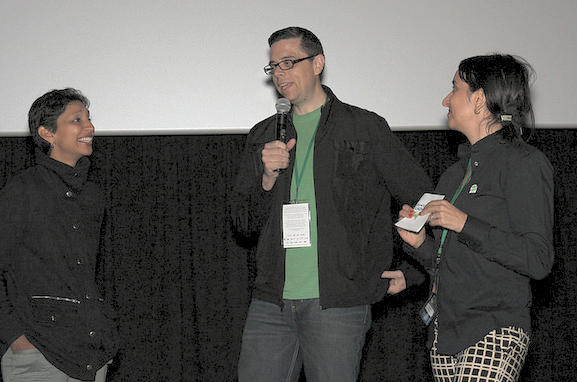 During the Q&A session after the screening the, Gaudet and Pullapilly talked about the making of the film. They moved from New York City to Van Buren and spent a year and half there, hanging out in local diners with French-speaking hunters, at schools with teachers and students, and in jail with inmates and officers. They sought answers from the less-than-talkative towners, begging the question, “How do people survive in this community?” On the one hand, it’s a beautiful oasis of farmland; on the other, it’s filthy and falling apart at the seams. With a chilling score by Dustin Hamman, the directors deliberately want audiences to “get their hands dirty,” cinéma vérité style, where you feel just as suffocated as the young main characters do. Beneath the Harvest Sky opens tonight in Manhattan at Cinema Village. 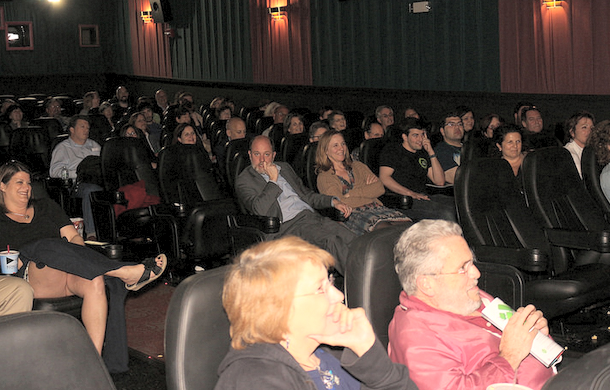 Click here for more pics from the screening of Beneath the Harvest Sky.