Girl Adopted made by filmmakers Melanie Judd and Susie Mutamed is plainly a story of love because two Christian chicken farmers from a small town in Arkansas decide to do an extraordinary thing. They adopt a girl from Ethiopia named Weynsht.

Is she the token black girl in the town? Yes and no, as the filmmakers concentrate more on the Ethiopian/American issue. But the adoptive mother wistfully says, toward the end of the documentary, that when she looks at Weynsht (Wendy), she doesn’t see Ethiopian or black but sees her daughter and she loves her. I can tell she is fiercely protective of her. I love that. She is literally any mother. Adopted or Birth. It doesn’t matter.

The first part of the documentary is heart wrenching seeing children in Ethiopia who may spend their whole childhood in an orphanage. I cried. I am so grateful for people like Weynsht’s parents who have the calling not only to adopt but to adopt an international child to create a better life for him or her. Yes, it was hard for Weynsht living in the United States, but what was the alternative? 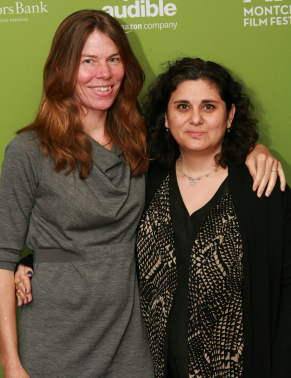 There are so many layers to Weynsht: the cultural issue; the race issue; the adoptive issue; the teen issue. Concentrating on only one or two issues may have been challenging for the filmmakers. However, as a black female, it’s easy for me. While I am not international, I know, like Weynsht, what loneliness feels like when you are the only black female in the room (add that to American stereotypes of black females). So, I can only imagine how hard life unfolded for Weynsht as she had to embrace our American culture (language, subject matter, customs) while being the “sole black girl” in her community.

You can actually feel Weynsht’s pain throbbing through the screen as the “only one.” She explores it briefly. Her voiceover states (while we watch her in high school with her fellow high school classmates) that she is proud to be Ethiopian, she hates being black and she wants to be white. In the audience, watching this documentary, I feel a sense of loss for her.

There are so many layers and so many complexities to this story and thank goodness, a happy ending. But the happy ending I attribute in large part to her parents. Parenting is universal. When Weynsht said she hates them, I think of my daughter. When Weynsht said she loves them, I think of my daughter. When the Dad wanted to make her meet her brother while they are in Ethiopia looking for her family and she decided that she didn’t want to meet him, I think of my own husband. When she finally meets her brother, I knew at that moment she would still return to the states rather than stay in Ethiopia as she occasionally threatens to her parents.

The moment as well as other moments resonates during the trip back to Ethiopia that Weynsht through all of her trials and tribulations has become an American. Really, an Ethiopian-American.