Tricked recounts the unvarnished and heart-wrenching tale of America’s sex trade, a thriving multi-billion dollar business that ensnares underage girls and young women from all walks of life. Through the voices of the victims and their families, the pimps, the johns, and the cops, the documentary’s co-directors, Jane Wells and John-Keith Wasson, weave a horrifying story of exploitation and violence. 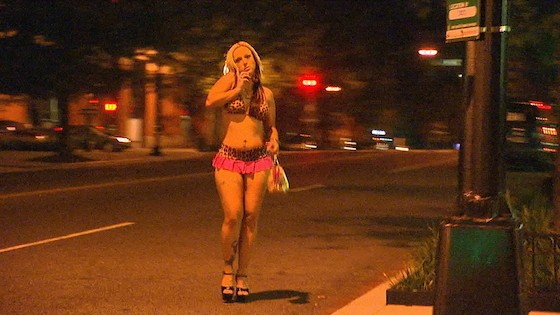 The narratives are chilling. Danielle, a former sex slave turned activist, is still putting her life back together after falling prey to a pimp as a freshman in college in Boston. When reflecting on the years she spent as a prostitute, she laments, “to sell myself for $30 is pretty sad.”

Another victim was only 11 when she was forced into walking the streets. She ruefully refers to her former pimp as “daddy daycare” because his group of prostitutes consisted entirely of underage girls.

One unabashed pimp who proudly displays his fancy cars, his multiple homes and tens of thousands of dollars in jewelry–all purchased off the backs of the prostitutes he’s enslaved–believes that “all women is either a prostitute or a whore,” since prostitutes sell themselves and whores give themselves away for free. When asked during the audience Q&A how she managed to obtain such a candid interview, director Jane Wells explained, “the reason we got access was because of reality television. Pimps are by their nature peacock-like people and they just love attention and to be the center of attention.”

There’s the john with the PhD who’s paid for sex at least 500 times and rationalizes his hobby by claiming that America is about “life, liberty and the pursuit of happiness.” And since paying for sex makes him happy, he doesn’t see anything wrong with it. Rare are the instances where the words of the Declaration of Independence have been so horrendously perverted.

The dedicated vice cops know that they’re going after the wrong people when they arrest the women. They weep when they recount the stories of the victims they’ve tried to save and are struggling to get the pimps and the johns off the streets. Police budgets have been slashed and the people who would make the best witnesses–i.e., the victims who are actually willing to speak–aren’t considered jury-friendly enough for prosecutors to risk bringing the perpetrators to trial. 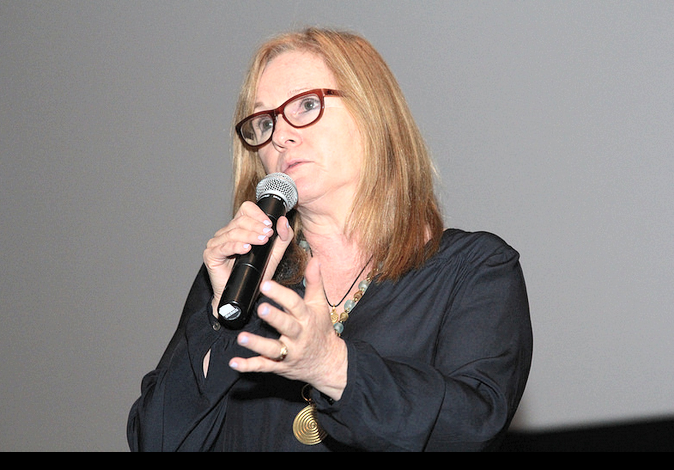 So how to stop the continued proliferation of the industry? Jane mentioned education and decriminalization. She noted that “we have to break down some of the myths associated with prostitution, particularly the one that johns like to believe, which is that it’s harmless….the truth is that if you pay for sex, you don’t know whether that person is under pimp control or not, and you can’t know because [the women] are trained to believe they’re doing it volitionally.” She also remarked that certain Scandinavian countries have seen a reduction in sex trafficking after decriminalizing the sale of sex while ensuring that buying sex remains illegal. Jane believes that this strategy, while perhaps counterintuitive at first glance, is one that merits further consideration in the U.S.

To learn more about the scourge of the sex trade and the organization founded by Jane Wells to help survivors of atrocities tell their stories through film, please visit www.3generations.org.