Mark Fitzmartin loves horror movies, and on a beautiful Saturday afternoon he decided to let us all in on why we all love them too at Montclair Film Festival’s free panel Masters of Horror and Suspense – Why We Love Scary Movies! At one point or another we have all been frightened by either a movie or a shocking experience, and in some way these experiences capture our interest….that is the purpose of a scary movie. 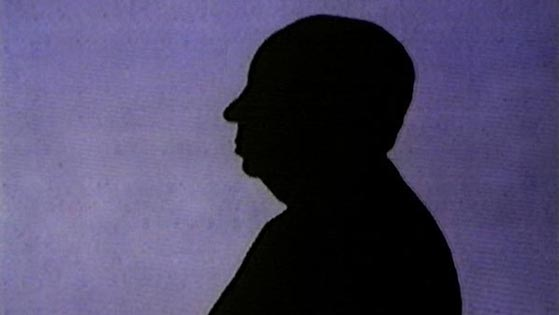 Mark, Executive Producer at ARF and Company, brought us a look into a few of his favorite movies, and why this genre is so subtly successful. The crowd was excited to hear what he had to say, with fans and non-fans there to find out some of the secrets behind horror and the industry. Displayed was some one of a kind artwork form Alfred Hitchcock’s most famous films (Rear Window, and Psycho).

The talk was scheduled to discuss six of the most famed horror films; however the discussion became so interesting and involved that there was only enough time for four out of the six. These included Hitchcock’s Psycho and The Birds, Spielberg’s Jaws, and Wes Craven’s Scream.

Mark discussed with us how ‘The Master’ Alfred Hitchcock incited such thrills and suspense in his audience (the secret is “keep them hanging”), and how important it is that a director be able to ‘control’ his or her audience. That the more real the situation becomes; the scarier it can be for an audience.

We were given a glimpse into the most famous scenes in horror movie history, ‘The Shower Scene’ (Psycho), ‘The Attic Scene’ (The Birds)…..and an explanation to just why these are so scary, and why we find them so fascinating.

Mark was engaging and informative, and provided a thoroughly enjoyable hour long talk (one that I am hoping can be extended into a three hour long discussion next year!).

Mr. Fitzmartin had these parting words for the fans of horror movies and even those who are not: “Horror movies are a release of tension in a safe, secure environment, it is necessary to experience fear, it is a part of life.”