Mensch: A Yiddish word, meaning a person of honor and integrity. Director Mike Myers of Saturday Night Live fame and such movies as Wayne’s World and the Austin Powers series, describes Shep Gordon as the “nicest person I ever met”. 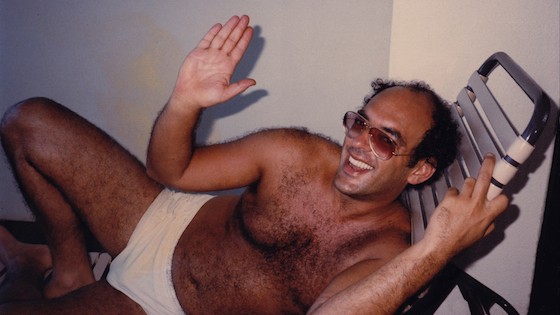 After seeing Mr. Gordon at the Bellevue Theater on Saturday night, it is easy to see why Mr. Myers holds him in such high regard. At the end of the film, he engaged the audience with stories and answered questions for several minutes and upon exiting the theater, he stood in the lobby and personally thanked every person for coming as they passed by. And when I requested a few minutes with him after the film, he enthusiastically agreed to my request. Not typical behavior for a top agent in the entertainment industry.

Supermensch is a wonderful film about a wonderful man who, through a fortuitous series of events, became one of the top agents in the business.

After graduating college with a degree in Sociology, Mr. Gordon went to work for the California prison system. On his first day of work, he arrived with his hair in a ponytail halfway down his back and his military-styled counterparts thought it would be a “warm” welcome to send him into one of the most dangerous wings of the prison. Mr Gordon’s career with the Department of Corrections lasted one day.

Disillusioned and unsure of his future he landed at the rundown Landmark Hotel. Unbeknownst to Mr. Gordon, the Landmark housed some of rock and roll’s newest and brightest stars. On his first night, he was awakened by what he thought was a domestic disturbance between a man and his girlfriend. His “rescue attempt” for “damsel in distress” garnered him a punch to the jaw from the as yet undiscovered Janis Joplin. The next morning he happened to bump into Ms. Joplin who forthrightly apologized and invited him to “hang out”. Mr. Gordon soon learned that none of the rising stars at the Landmark had any type of representation. With his easy going nature, charming style and “good” drugs, he was able to ingratiate himself with many of the major players in the entertainment industry. Among them, the man who was with Janice Joplin the night before…Jimmy Hendrix. And the rest as they say, is history.

The film traces Mr. Gordon’s emergence as one of the biggest agents in the entertainment business and what is most impressive about the film and the man himself is his humility and natural ease. We hear from Mr. Myers as well as Michael Douglas, Alice Cooper and many of the others he represents who speak glowingly of his easy going nature and his loving and caring approach to the people with whom he represents and his friends and family. And the incredible vision to see the “next big thing” as he did when he recognized the importance of the natural food movement and aligned himself with the most talented chefs in the world. As we all know, though it was unheard of years ago, chefs are now entertainment stars with their own television shows and brand labels all due to the vision of Shep Gordon.

After seeing the film and meeting the man, I left the theater feeling good about humanity.