I’ve followed the story of Aaron Swartz, so I was interested in seeing The Internet’s Own Boy: The Story of Aaron Swartz, to learn more abut what happened and about Aaron as well. He certainly had a great impact on the digital world that we live in today and through his death, his impact continues. As Tim Berners-Lee says in the movie, Aaron “was trying to make the world work.”

Aaron is well known in the internet space, having created many of the early tools that we used, including RSS and Reddit. He was also a part of the Creative Commons team, developed by Lawrence Lessig to replace the traditional copyright and allow content creators new ways to share the content.

The film features lots of home videos, interviews with many, well known internet stars (a word many of them probably wouldn’t use themselves) and gives a look into the world where programming is magic–it let’s you accomplish things ordinary people can’t do. 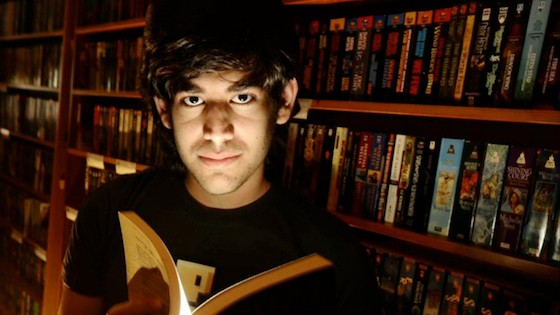 You can see Aaron’s energy and drive, right from a very young age. He was part of Y Combinator’s First Summer Founders program, where he created Infogami, which was then merged with Reddit. Once Reddit was purchased by Conde Nast, he left and became much more involved in political activism.

He founded watchdog.net designed, as he described on his web site in 2008, “in part to pull in data sources from all over—district demographics, votes, lobbying records, campaign finance reports, etc.—and let people explore them in one elegant, unified interface. I want this to be one of the most powerful, compelling interfaces for exploring a large data set out there.”

But, as he said, just giving people data isn’t enough. You have to give them tools for action. Again, from his 2008 site, “So the second part of the site is building tools to let people take action: write or call your representative, send a note to local papers, post a story about something interesting you’ve found, generate a scorecard for the next election.”

Surprising even him, Aaron was instrumental in helping stop SOPA, legislation that many feared would have done significant harm to the internet and how it worked.

His next big fight involved public documents, court records and such, which people had to pay to view. While Congress has written that charging people to access these public records could charge only as much as it cost to put the records there. According to the NY Times, this system was generating $150 million, which many activists felt violated the charter.

He was arrested for downloading documents from JSTOR while a researcher, who was given access to the files. Setting up a computer in a tech closet, he wrote a script, which allowed for thousands of documents at a time to be downloaded onto this computer. Since he had not done anything with the files, he was not charged with copyright violation, but with hacking instead. Facing what could have been 35 years in prison, he eventually committed suicide in January of last year.

And his story brings to question many of the issues we’re dealing with today–how do we create an open internet, where information is available to everyone? How does our existing system of copyright work in a world of instant information? What constitutes theft of digital information?

Towards the end of the film, Lawrence Lessig asks another key question in stories like this. How did they, his close friends, miss the signs that Aaron was about to commit suicide? What could they have done to help him more?

Aaron Swartz left quite a legacy in his short life and we can only hope that the conversations he started, will continue as we look for answers in our new, digital world.