“We have an easy rapport,” joked actor Christian Borle about his friendship with Montclair’s Patrick Wilson, who’d just asked him a question in the voice of famed arts interviewer James Lipton during his Patrick Wilson and Friends at the Montclair Film Festival. In a talk on Sunday afternoon at the Montclair Art Museum, the two former Carnegie Mellon University roommates had fun ribbing each other, doing impressions, and managing to squeeze in a lot of interesting discussion about acting. 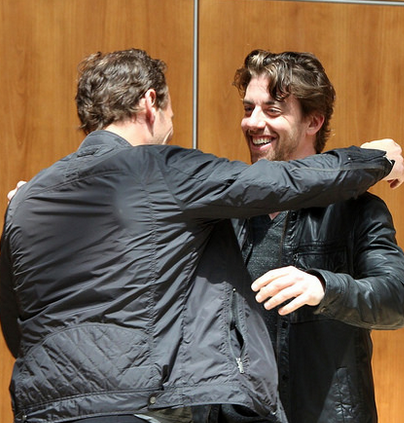 While their career paths have differed somewhat, both talked about their work with director Mike Nichols—Borle in Spamalot on Broadway and Wilson in Angels in America (HBO)—from which they took away essential acting advice: “ ‘Just fake it,’ ” Wilson quoted. “ ‘I’m serious. You gotta jump in, fake it—usually we can’t tell anyway—and eventually it’ll catch up to you.’” Nichols said this when actor Ben Shenkman was concerned about how he’d be able to cry on set all day for a scene. And Borle said that when he finished his fourth audition for the role of the Historian in Spamalot, he mustered up the courage to ask Nichols if there was anything he could be doing differently. “Yes,” the director replied. “Just be you.” “So the Historian just ended up being me, but with an English accent,” Borle explained. “Starting from that place of ‘just being you’ changed my entire philosophy about acting.”

Borle’s career has seen him in several Broadway shows, as well as on television in NBC’s Smash, on which he had a prominent role. “Most of that, again, was faking it because I was scared shitless—being on a TV show in front of all these people, and there’s Angelica Huston; it was an incredibly intimidating thing. And so you fake it until it starts to feel real and relaxation sets in.” 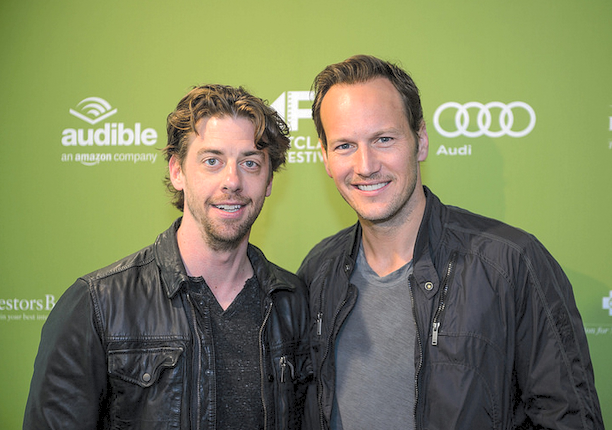 Set to make his feature debut in an upcoming Michael Mann film about cyber terrorism, Borle said making it was unlike anything he’s done in the past: “I’m coming in with my TV experience. I’m fast, and like, ‘I don’t even know that camera’s there anymore!’” Borle illustrated with his hands that in one scene the camera was about six inches from his face during a phone call: “So my eyeline is inside the camera,” he said. “I just remember being so close to the lens and doing nothing at all. It’s all in the eyes. They can see you thinking. That’s all you have to do. It’s pretty great. Then Michael Mann comes over to me and says, ‘Yeah, um, I need you to react to what the guy is saying on the phone.’ I will be cut out of this movie.” 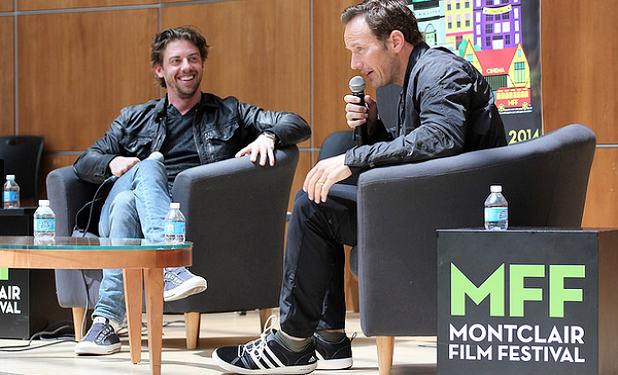 Wilson, who is primarily a stage and film actor, described his turn as the lead in A Gifted Man as a difficult one. “You’re blocking a scene and you sort of think, I can sit here and drink this—it’d probably feel more natural to go over there and look at whatever it is—but I know if I go over there they’re going to blow that coverage, which is about another couple hours. So you know what? I’m just going to sit here and look that way. Because if I look that way, eventually they’re going to go, ‘Oh, we have to turn this way and shoot you.’” When asked if he’d work in television again, he said absolutely, given the right circumstances: a series that could be shot quickly, the way something like True Detective was done, and not a 24-episode season, as is the case with many network shows. 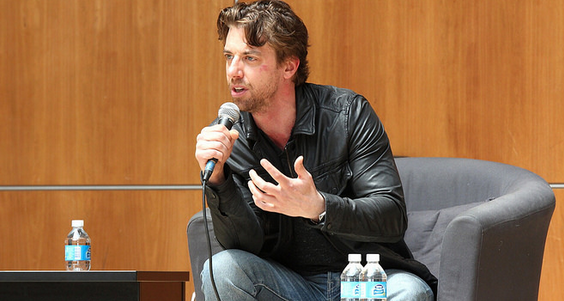 After they’d opened up the floor for questions, an audience member asked Wilson about Big Stone Gap, the passion project he’s been working on for a long time that was created by a close family friend in a town many generations of his family have called home. While filming there, he was very happy to stay with his grandfather and grandmother, who has passed away since. “The saddest part,” he said, “is that my grandmother wasn’t able to see it.”

Borle and Wilson are stars on the rise who’ve watched each other grow as actors since the age of 17. It was a lot of fun to see two close friends come together for a fun afternoon of anecdotes and trade talk. Rumor has it that—schedule permitting—Wilson will talk to a new “friend” at the Montclair Film Festival every year. If the upcoming events are anything like this one, they’re going to be quite a large draw every time.