Montclair met Hollywood as the filmmakers who help make the Montclair Film Festival what it is came out to party and socialize with audiences on Saturday night at MFF’s Filmmakers Party at the new Audible Lounge. Throughout the two-story loft-like space, music played, drinks flowed, plates of food got devoured, and people happily gathered to chat, network, and celebrate a job well done. Plenty of comfy chairs, couches, and café tables beckoned to the guests to relax and converse, and the festively decorated room included what seemed like a gallery of movie posters spilling across the upstairs walls. 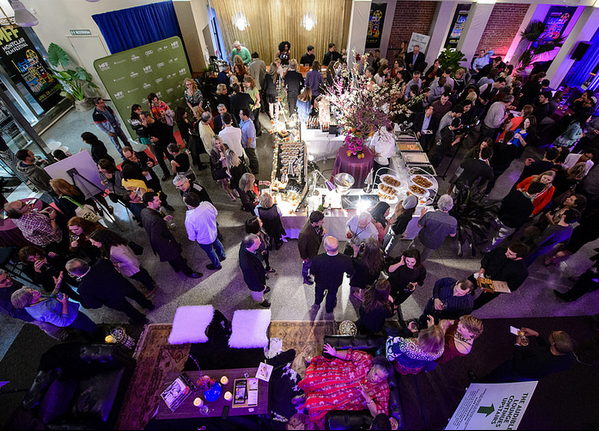 At the bar, one could enjoy wine and beer, or sip a Filmmaker Buzz, the festival’s signature drink—a sweet and tasty rum concoction made with locally produced syrup. Tables were heaped with fun film-themed food, like Old Hollywood Movie Mushroom Truffle, four different kinds of popcorn (including spicy Dragon), adorable mini-hot dogs in tiny buns, and cute toy-sized, old-fashioned Coke bottles with a straw stuck inside. Standing on top of a ledge above the door, looking over it all, a photographer captured the scene as people struck poses for him.

Greeting guests were Festival directors Thom Powers and Raphaela Neihausen, as well as founders Stephen and Evie Colbert. But the real stars of the evening, the ones the crowd came to mingle with, were the filmmakers. I spoke with some of them to learn more about their experiences with the festival—how had their screenings gone? How had audiences responded? What feeling did they come away with? Chad Walker, the co-director of the extremely popular I Am Big Bird: The Caroll Spinney Story, said that he’d known about the Montclair Festival for a long time and was really honored to be there. After noting that the MFF had really positive word of mouth in the circuit, he said his own screening had gone “seamlessly” and that he’d enjoyed a lively question and answer session following it. In short, he said, “I felt like a rock star.” 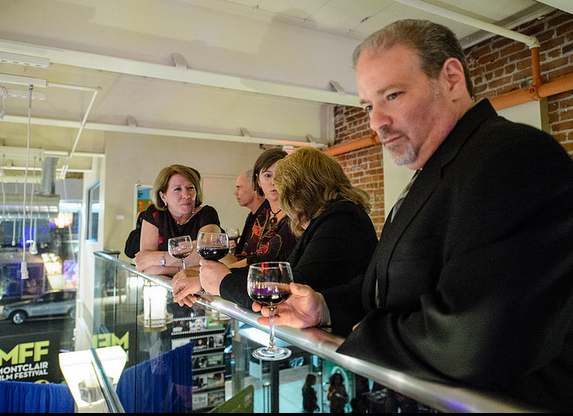 Allison Bonner Shillingford’s film, A Place to Belong, was set in Montclair, and she is a local girl. Shillingford was thrilled at the full house who had come to see her documentary, and the fact that the women whose history she’d chronicled were right there in the audience—and told her afterwards that she’d done a “good job.” Another Jerseyite was Beth B, director of Exposed, an exploration of the lives of burlesque performers. Laughingly, she mentioned that many of her daughter’s teachers from the Montclair Co-op turned up for the screening of her provocative (full-frontal nudity) documentary. “They LOVED the film,” she said, also mentioning an interesting response she received from a 70-something man whose daughter brought him to the screening: he was ex-law enforcement, and told her: “I thought I saw everything, but you showed me things I never even imagined.“ Ultimately, Beth B was thrilled that she’s “managed to move people beyond their judgment” into a sympathetic, understanding of her film’s subjects. 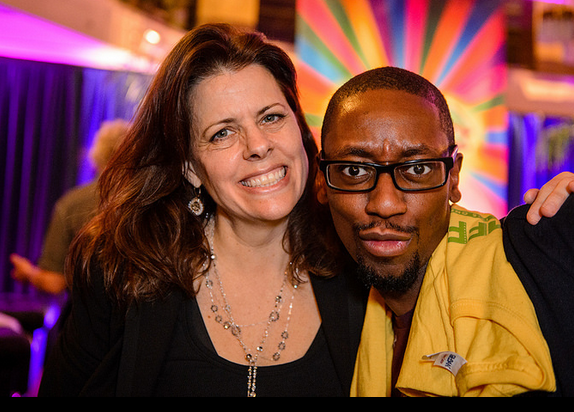 Montclair resident Joel Katz’s White: A Memoir in Color (made in 2012) had its Jersey premiere that very morning. He called the film, which explored his own Jewish immigrant roots, his father’s tenure at Howard University during the Black Power era, and his adoption of a multiracial child, a “personal essay.” Katz really enjoyed the screening, particularly the fact that many people in the audience were also adoptive parents and shared their stories with him. “I felt embraced,” he stated.

As midnight neared, things slowly began to wind down. After all, another day of films still awaited…

Click here for more great pics from the party!

And check out the fab video highlights below!