Around the country thousands of high school students and their parents are finalizing decisions about college and Montclair Film Festival’s screening of Ivory Tower at the Montclair Kimberly Academy on Saturday, May 3 could not have come at a better time.

The film stitched together many narratives, from the struggles of a poor student from Cleveland who is accepted into Harvard, to a group of student protestors at Cooper Union. The central theme linking these stories together was the difficult financial issues that beset families and universities.

MFF Artistic Director Thom Powers introduced the film, followed by a welcome from Don Cussen at RBC Wealth Management, one of the early supporters of the Montclair Film Festival. The documentary premiered at Sundance and had its New Jersey premiere at MFF. A wide release is coming this June. 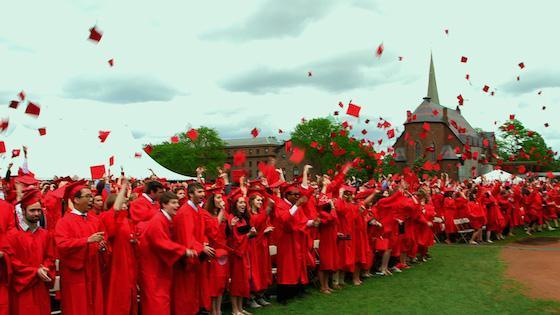 A Q&A with New York Times reporter David Carr and the film’s director Andrew Rossi followed the screening. Rossi told Carr that reading about the growing “crisis” of higher education, he began making the film with the question, “Can it really be that bad?”

It turned out, he told Carr, that it was “far worse” than he imagined. Student loan debt has now surpassed credit card debt in the US. Yet hundreds of thousands of students each year continue to take on loans in pursuit of a degree. Partly, Ivory Tower sought to also unravel the mystique of higher education.

According to President Drew Faust of Harvard, the reasoning is quite simple–a liberal arts education is simply the best education to prepare students for the future. Yet Harvard is one of the few schools left in the country that are still able to offer substantial financial aid packages to their students. A sobering statistic in the film revealed that only 1.25% of colleges offer full financial aid. 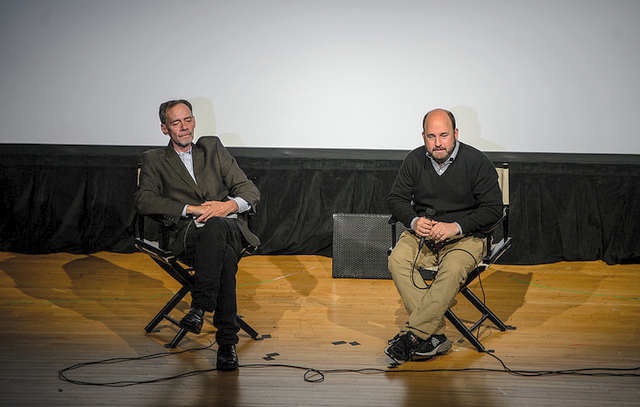 Ivory Tower offers perspective on why that could have happened. Even since the early days of the founding of America’s Ivy League colleges, there has been something of a “prestige race.” Today keeping up in that race means creating more of everything–academic programs, housing, amenities–in order to rise up in the college ranking system.

Combined with a decrease in the level of state and federal support and a sharp rise in administrative positions and compensation, this has created a financial crunch for schools. Tuition serves as an escape valve to absorb the increasing costs of running colleges and universities.

In response to this crisis, a growing number of technology-driven alternative models to education have arisen. The film followed the development of one such solution, Massive Open Online Courses, known as MOOCs, which are college-level courses available online for free. Although touted as the solution to high-cost universities, the poor student success rate in these courses dampened initial enthusiasm.

Of course there are those, like Paypal founder Peter Thiel, who would like to bypass college and education altogether. Beginning in 2010, Thiel created a fellowship program for twenty students under 20 years of age to drop out of school and use $100,000 in capital to embark upon ambitious entrepreneurial or non-profit ventures.

One of Thiel’s fellows, Dale Stephens, went on to found the “UnCollege” movement, which seeks to challenge higher education’s status by using a Silicon Valley model of self-directed learning and technical innovation. The film’s interviews with these “education hackers” showcased young people’s frustration with traditional educational paths.

In the Q&A session, one of Carr’s final questions was about Rossi’s vision of the future. “What is your plan for your kids?” he asked Rossi, who has two young children. Rossi found it hard to predict, but he did feel that the UnCollege movement did not completely understand the value of a degree. That said, he thought it might be increasingly possible to “assemble your own education” in the future. 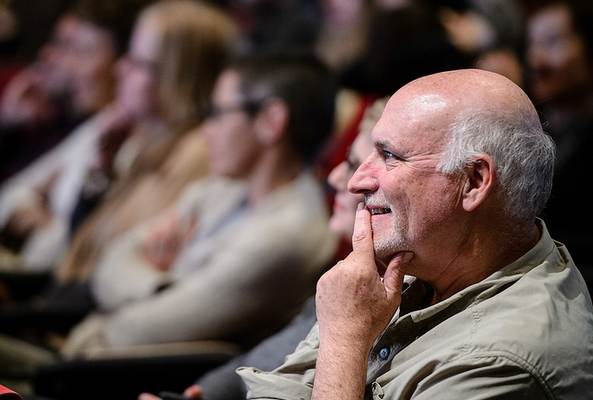 He told Carr that he wished people would not romanticize the educations at prestigious schools. “Wherever kids go to school, they turn it into the school they need it to be.” To many anxious parents in the auditorium, that was comforting advice indeed.

Click here to view more pics from this event.