Op-Docs has become a premier on-line series of short documentaries presented by The New York Times. Currently, there are 111 videos from 85 directors. Since their debut in 2011, Op-Docs’ honors include a Peabody Award, a News and Documentary Emmy nomination and a World Press Photo Award. 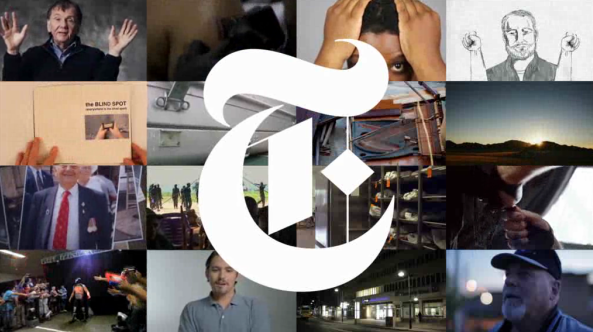 Returning for the second year to the Montclair Film Festival, Op-Docs series producer and curator Jason Spingarn-Koff and Editorial Page Editor Andrew Rosenthal presented a selection of recent works, followed by a conversation with contributing filmmakers.

Andrew Rosenthal explained that “…the series is a natural extension of what is done on paper.”

Favorites from this afternoons’ presentation included:

Naturally J.J. Cale (3:27) –  Director Drew Christie’s animated valentine to the singer/songwriter J.J. Cale, although better known as a composer (‘After Midnight’) than performer, was a true artist nevertheless.

An Education In Equality (Joe Brewster & Michele Stephenson, directors) – Effectively edited down to 10 minutes from its’ full-length version, the doc traces 13 years in the education of an African-American boy at the prestigious ‘Dalton School’ asking important questions about race, class and private versus public education.

I urge you to go to nytimes.com/opdocs and check out the range of topics and great selection of videos.

Here’s hoping Op-Docs returns to the Montclair Film Festival next year and that a tradition becomes established.