The Front Man is one of those films that make those on the seemingly endless quest to reach their goal question their beliefs and values. Is what you considered to be a measure of success really a true measure of success? On one level The Front Man is about obtaining your life’s goals and on another level it’s an endearing love story with lots of laughs in between. The film starts out with husband and wife of 13 years, Jim and Christie Wood, light-heartedly analyzing whether they should or shouldn’t have a baby. After reviewing their con list: sagging boobs and potentially having a bad seed, it’s the one item on their pro list: experiencing ultimate love, that persuades them to have a child. 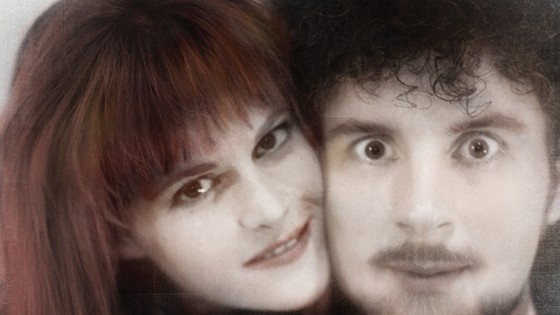 Throughout the film, viewers follow Jim on his journey to become a famous rock star with his high school band the Loaded Poets. His efforts to reach this goal include both serious and humorous moments, such as interviewing legendary NJ musician, Glen Burtnik and Christie doing the unthinkable on the Howard Stern radio show for a chance to have the Loaded Poets cd played over the air.

I have shared the valuable lesson learned from the film, with those that I know who are still chasing their dreams. I think Jim Wood summed it up perfectly during the Q&A session that occurred after the film, “I was chasing the elusive dream and in the meanwhile achieved the American Dream but treated it like it was a consolation prize.” This statement is priceless. NJ Director and Jim’s friend, Paul Devlin, who shared that he ironically, was going through a similar journey, remarkably pieced together 13 years into a 72 minute film. I encourage anyone who is or knows someone who is still chasing their dream or those who share Jim’s rock and roll passion, to see this documentary. Luckily there’s another chance to watch this sold-out MFF film on May 29th at the Stranger Than Fiction Film Festival in New York City’s West Village.