“He won an Oscar for his film, Precious Images, and created many of the wonderful montages we see at the Oscars,” said Daniel Battsek, chairman of the Montclair Film Festival artistic committee, when he introduced Chuck Workman, on hand for the screening of his documentary, What is Cinema. 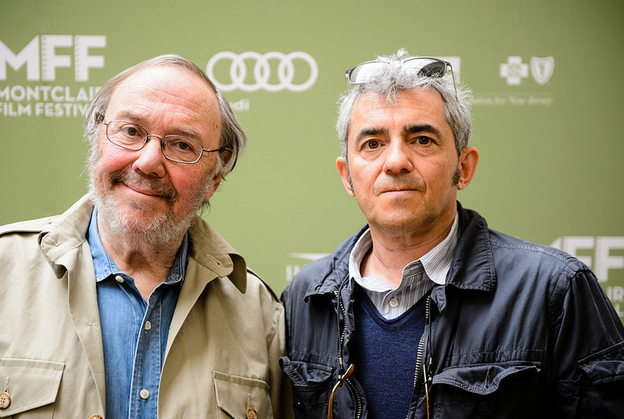 In contrast to his work on the Academy Awards shows where his medleys of images are designed for those specific events, What is Cinema is Workman’s visual ode to the films and filmmakers he loves.

“Cinema is the art form of film and movies are the mass entertainment part,” Workman said, before the eighty minute screening began.

The film is dedicated to exploring the power of the art and the intent of the artists who create it. It’s a fairly rapid fire of 100 film clips of movies you know and movies you might want to know but have never seen, It’s loaded with interviews held with a variety of Workman’s favorite filmmakers such as Jonas Mekas, Mike Leigh, David Lynch, Robert Altman, Costa-Gavras and Michael Moore, and archival clips with Robert Bresson and Alfred Hitchcock.

Director David Lynch’s explanation of what cinema is eloquently expresses what many of the directors appear to feel, although each one says it a bit differently. In Lynch’s words, “It’s so beautiful, cinema. It comes in a spark and you see it and you feel it and you hear it. It’s so delicate, but if you get into that world, it can be like a dream.” Jonas Mekas’s take is that film is like a drug, something that society needs, that you are pulled into it. In French film director Robert Bresson’s words, you “make visible, what, without you, would never be seen.”

As an art form, “it’s like trying to describe something that’s ineffable. It’s something that you can’t really explain, The filmmakers are looking to create art,” Workman told MFF programmer, Eric Johnson in the post-film chat. It’s not that Workman doesn’t want mass audiences to view films, he just doesn’t want the form to be too homogenized. He sees film as an incredible art form that has not yet had the chance to blossom but believes it’s moment is coming.

Workman’s interest in experimental film is seen within segments of the documentary in which non-traditional, avant-garde filmmakers are setting their own boundaries.

It’s Workman’s desire to bring a mainstream, yet savvy audience to What is Cinema, hopefully to take those viewers on a little bit of a journey. He’s looking beyond the film to the experience it creates. The director’s attitude about the movie business is realistic. It’s clear to him that there will always be a vaudeville show, a Spiderman and Broadway musicals. That kind of sensibility will always exist, but on the other hand, there will always be the sensibility of cinema as an art form where in the end, it’s all about the images. 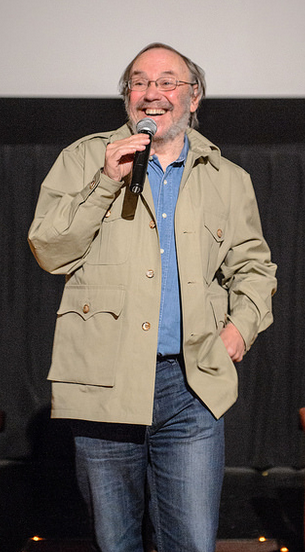 Workman’s Academy Award winning live action short, Precious Images, is the most widely shown short in film history. It’s included with four of his other films housed in the Museum of Modern Art’s Collection.