Is it surprising that Montclair, which was ripe for a film festival that has already demonstrated success in its toddler years, was also the childhood home of two more rising stars? Actors, Kristen Connolly , known for her role as a Congressional staffer on Netflix’s House of Cards, and Ben Rosenfield, who joined HBO’s New Jersey based period drama, Boardwalk Empire, returned to town on Friday to participate in an aptly titled conversation, Homegrown. Interviewed by Luke Parker Bowles, Open Road Media’s vice-president of production, the young performers discussed their Montclair roots and the trajectory of their burgeoning careers. 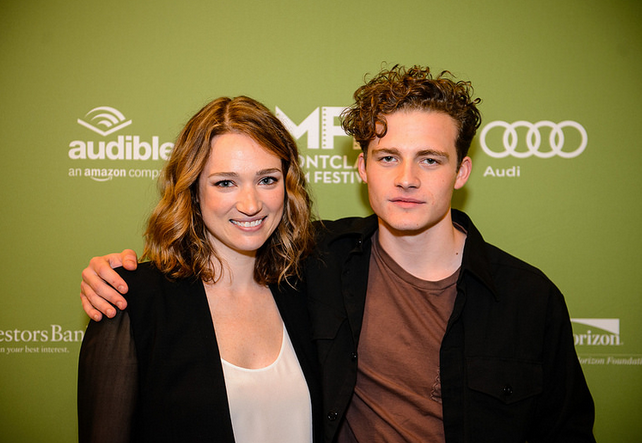 Both actors expressed fond memories of Montclair–-the Watchung Deli and Serendipity Café came to mind–-but more than any particular location, they emphasized the importance of having grown up in a community that values the arts.

“There was always a lot of theatre and music and art in all forms happening in Montclair,” recalled Kristen. “Knowing that people you went to school with, that their parents had jobs doing these kinds of things…To be surrounded by that and to know that it’s a possibility, really makes an impression on a young person.”

In addition to growing up in a town where they could cross paths with talented people everyday, both Kristen and Ben found inspiration in their families. Kristen’s brother has found success both as an actor and now as a playwright, whereas Ben’s mother is an actress and therefore the art form has always been a part of his life. They also each took advantage of local acting opportunities; for instance, Kristen and her siblings participated in Essex Youth Theater and Ben took acting classes before they got their first break.

Fittingly, Kristen earned her “first little break” at home when a film location scout rang the Connelly’s doorbell. She was a bit taken aback when her mother informed the scout that her daughter was an actor. Thankfully, an uncomfortable moment blossomed into a fortunate fluke because the scout provided her with an audition through which she earned her first paid acting role in the film, Mona Smiles.

On the other hand, Ben asserts that his first break was the biggest he will have as he made his debut in 2011 as part of the Off-Broadway Atlantic Theater Company’s four person cast, Through the Glass Darkly, directed by Tony Award nominee, David Leveaux. This was certainly was a pivotal moment in Ben’s career as it led to a connection with his current agent.

Between Set and Stage

Rosenfield and Connelly appreciate the relative freedom that exists in the entertainment industry today, allowing them to experiment with their craft in film, television, and on stage.

Ben spoke about the professional atmosphere on Boardwalk Empire’s set and commended his fellow, seasoned actors for their dedicated hard work. When asked about the show’s lead, Steve Buscemi, he simply replied, “He’s the man. He’s Steve Buscemi.”

Similarly, Kristen shared her respect for her House of Cards director, David Fincher. She regards him highly for his meticulous approach to his craft. “He knows what he’s after and doesn’t let go just because it’s time for lunch,” she says, recalling the number of takes to get a specific shot of her on the telephone for the series’ pilot.

Commenting on the challenges of working on episodic television, as opposed to a fully-scripted feature film, Ben commented, “[On a series], all you have is what you’ve done so far in the present, you don’t have the information about the future, which is very much what life is like.”

Both actors are currently in steady television roles, although they each have a number of projects in development. The public will soon be able to see them both beyond the small screen: Kristen will be featured as Desdemona in another Shakespearean production in an outdoor arena and Ben can be seen on the silver screen in the fall.

During the Q&A, Connelly and Rosenfield provided novel advice for an aspiring actress in the audience. Ben recommended that she find a strong acting class to provide her with an opportunity to network, and Kristen lauded the benefits of being a member of an artistic community such as Montclair. The featured actors also exalted the value of the internet in forging a path into the field. Ben advised, “Don’t be held hostage by the idea that you need to audition; make your own work,” which is what Kristen did with her peers after graduate school when they created their own web series on YouTube.

Kristen Connolly and Ben Rosenfield are no longer aspiring actors themselves as their resumes are certainly growing. Although they may not yet be as recognizable in Hollywood as other Montclairians, they already have fans at home. This was voiced by a member of the audience at the conclusion of the Q&A; “It’s not a question; I just want to thank you for coming home. We are your biggest fans.” 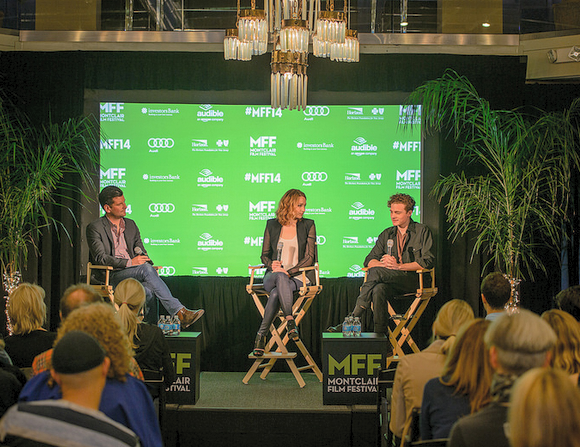 Click here for lots of great pics from the Homegrown event.