“There has got to be more to life than going to lectures at the YWCA and stealing cheese!” bespectacled protagonist Doris erupts at her longtime friend—and seemingly at the world—and the packed Wellmont Theater collectively roared with laughter. It is one of several poignantly hilarious scenes in director Michael Showalter’s charming and deeply affecting dramedy, Hello, My Name Is Doris. The film, which opened the fourth annual Montclair Film Festival on Friday night, marks veteran screen actor Sally Field’s celebrated return to a leading role, and incited a prolonged, thunderous standing ovation from the audience of hundreds. 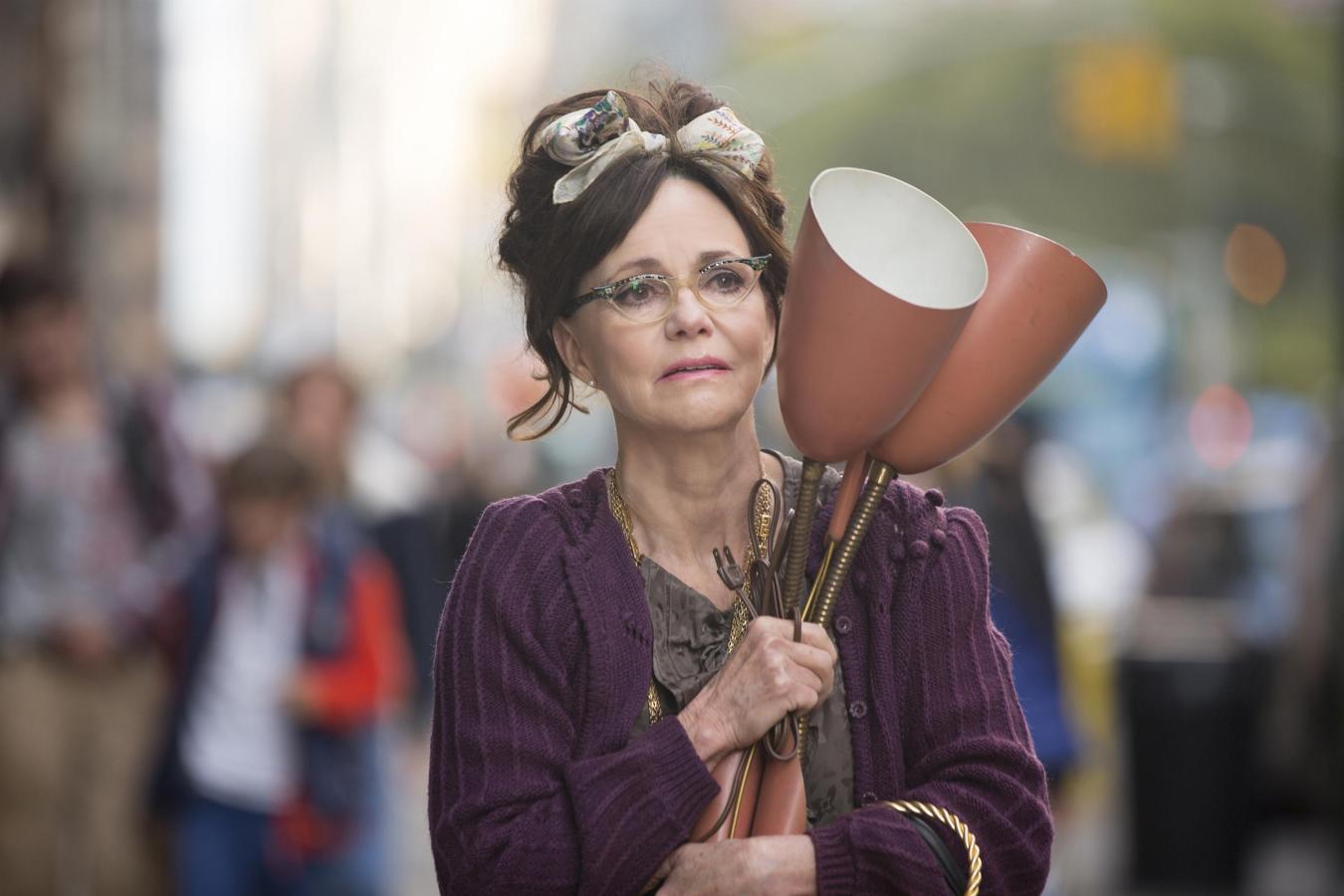 Winner of the Audience Award at SXSW, Hello, My Name Is Doris is, at its heart, a coming-of-age film, albeit not in the traditional sense. Following the death of her mother, with whom she lived in a hoarded Staten Island house her whole life, sixty-something data entry clerk Doris Miller (played by Field) finds herself in search of a new purpose. At the behest of her longtime friend Roz (a delightfully brassy Tyne Daly), Doris attends a seminar at the YWCA and is immediately entranced by the unctuous, smooth-tenored motivational speaker (Peter Gallagher) and his new-age optimism. “The word ‘impossible’ is simply ‘I’m possible,’” he tells Doris, and she lies awake in bed repeating “I’m possible” like a prayer.

Doris’s new outlook coincides with the arrival of John Fremont (Max Greenfield), a corporate nice-guy with model looks who’s recently transferred to Doris’s company. Despite being twice John’s age, Doris crushes hard on him, but is far too bashful—or, after decades of devotedly caring for her mother at the expense of her social life, ill-equipped—to effectively woo him. She vacillates between having a stuck tongue and prattling on like a preteen whenever John is around, and there are several riotously funny fantasy sequences in which Doris indulges her yearnings. She enlists the aid of Roz’s thirteen year-old granddaughter to school her in modern romance (which, naturally, begins with a little Facebook stalking), and, soon, freshly goal-oriented Doris rushes heart-first toward nabbing her prize, whose true feelings for Doris are as mysterious for the audience to unravel as they are for her. 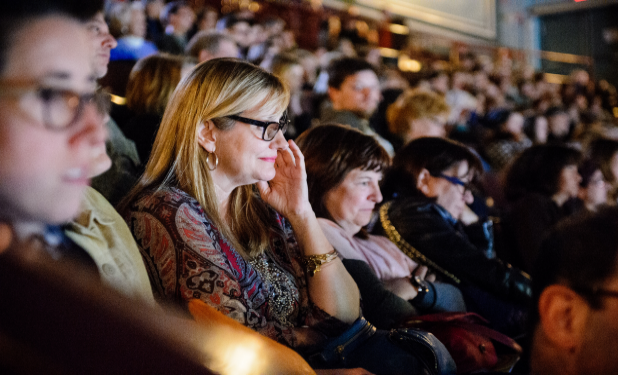 While all this may sound very sunny, cowriters Showalter and Laura Terruso—whose short film Doris & The Intern provided the basis for the feature—deftly balance the screwball comedy with profound dramatic heft. Hoarding often serves as a self-imposed barrier between the hoarder and the outside world, borne out of trauma. The film doesn’t sidestep the cost of Doris’s duty to her ailing mother: In one explosive scene, Doris lets loose a long-stifled rage at her selfish brother (Stephen Root) and his pugnacious wife (Bridesmaids’ Wendi McLendon-Covey) after they ambush Doris with an intervention. This breakdown is powerful and devastating, and serves as one of the film’s most breathtaking moments. Field adroitly maneuvers the tonal shifts, exacting expert comedic timing during Doris’s schoolgirl reveries and breaking apart at the seams at Doris’s loneliest and most vulnerable moments. It’s easy to see how the Oscar buzz is already starting. 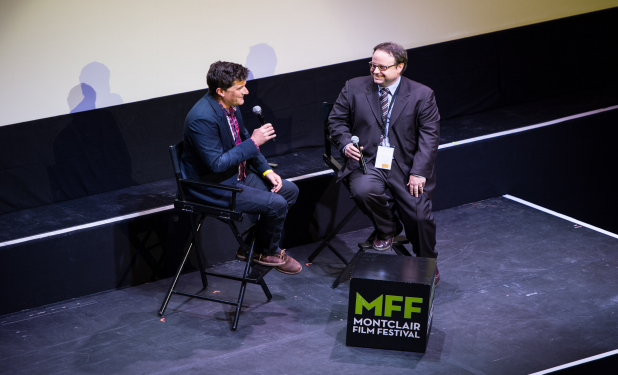 After the screening, Montclair Film Festival Executive Director Tom Hall engaged Director Michael Showalter in a discussion about the film. When asked about the development of Doris’s character, Showalter referred to Terruso’s short: “It seemed, to me, to be an archetype and a universal character that I recognized but had not really seen portrayed before. She was very funny to me and familiar to me, but a new kind of comedic protagonist.” After working on the character with Terruso for several years, the final touches came when Sally Field signed on and “brought the character to life in the way you see it on screen.” 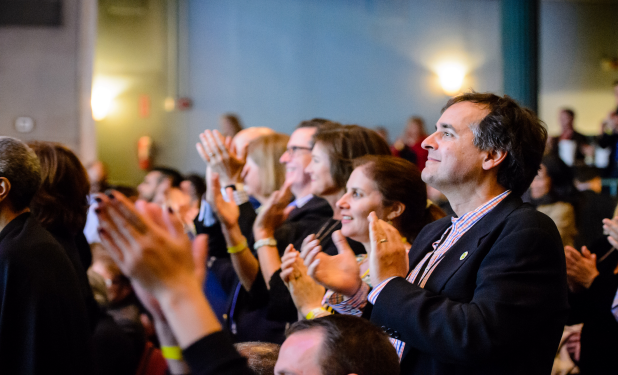 Showalter spoke warmly of his collaboration with Sally Field. “She is someone that I’ve loved my whole life, so I was intimidated, to say the least,” he admitted, which incited cheers from the audience. “When she agreed to do the movie, my entire focus shifted to give her what she needed [in order to] do the performance that she did.” Showalter also marveled at her craft and process: “I have great respect for what she did. I saw the craft of a real actor, who just was so committed to every single moment of that performance and building that character from nothing.” Showalter noted that it was especially fascinating to watch Field’s process and devotion to the role, as it contrasted so greatly with his own experience as a sketch comedy actor. “When we finished the movie, there would be these moments when she was sad because she was saying goodbye to someone that she knew. It’s like she creates this person and, at the end of it, she’s like, ‘I got to know her and I really like her, but now I’ve got to say goodbye,’” he said. “As a sketch performer, that’s not my [process]—I put on a wig and jump around—but, for her, it’s something totally different; it’s really transformative.”

When asked about what inspired the look of the character, Showalter cited style icon Iris Apfel (star of the documentary Iris, which opened this weekend) and Grey Gardens as templates. “These fashionista characters who talk through their clothes to the world—that’s who Doris was,” Showalter revealed. “She’s not someone who is very talkative or gregarious, but she says a lot with what she wears.” This led to a discussion about the shifting of tones throughout the film, which Showalter described as something he seeks out in the performing arts: an interplay between “the bitter and the sweet.”

“I like constantly shifting between the humor and the drama,” he said, “so that you’re always on your toes. [The film] is funny for the first two-thirds, and then in the last third, things start to unravel.”

Hall characterized the relationship between Doris and Roz as “an authentic female friendship” and asked Showalter how he, Terruso, and actors Field and Daly were able to depict that relationship so masterfully. “We [Terruso and Showalter] talked about Roz as Doris’s rock,” he stated. “Doris is that fragile person that you want to protect because she doesn’t protect herself, and Roz is that solid friend we all either have or wish we had. We just imagine that they’ve been friends forever and have seen so many different things together.” Showalter credited some of the authenticity of the onscreen relationship to Field and Daly’s real-life friendship. “They did a play together in 1963 in Boca Raton at, like, the Burt Reynolds Theater or something,” he quipped, “so when they saw each other, it was like a reunion. Those two, it’s just like, ‘Get out of the way!’ They were so amazing.”

Showalter entertained a question about how they arrived at the marvelous ending for the film. He mentioned a multitude of endings he and Terruso tried or considered trying—including one of Roz riding up on a motorcycle to whisk Doris away, which drew laughs and applause from the audience—and that he kept many of those avenues open while filming. “We shot it in a way like Transformers,” he said, “so we could do twenty different iterations of it in editing and figure out which was right.” One of the primary questions for the filmmakers was whether the ending would be rooted in Doris’s fantasy or in reality. Even some of the cast members were divided on this; Showalter mentioned that Greenfield lobbied hard for his interpretation.

When asked about the extent to which his sketch comedy and improv background influenced Hello, My Name Is Doris, Showalter acknowledged that, apart from a few of Field’s comedic scenes, there wasn’t much improvisation, due to the film’s limited budget. It did, however, influence the film’s tone: “One thing [Terruso] and I talked about a lot from the very beginning was the tone of the movie, because sometimes it can be very broad screwball comedy and the next moment it’s going to a deeper place, and she would say, ‘How are you going to do that? How are you going to match these two tones?’ Maybe where the sketch comedy comes into it is it’s all kind of the same thing to me.”

The sketch comedy influence ended when it came to the filmmaker’s treatment of Doris. It was paramount that Showalter treat Doris respectfully: “I never wanted to make fun of her. I never wanted to make it feel two-dimensional. She’s not a sketch character; she’s a real person.” When asked if he felt he was toeing the line at times between “having fun with” and “making fun of” Doris, Showalter admitted that some audience members may see it differently. Referring to one scene in which Doris is wearing a fluorescent hodgepodge of garments from multiple eras, Showalter said, “[Some might say], ‘This is really making fun of Doris.’ But I believe she has those clothes. I feel like she has clothes from every era and they’re just hanging out in her closet. There was one moment in the disco period when she bought those clothes and just hung onto them.”

At this point, the floor was opened to audience questions and the community was eager to engage with the filmmaker. Asked about whether Doris had inner strength in addition to fragility, Showalter clarified, attributing the achievement of that balance to his lead actor: “I think that’s what Sally Field can do that very few people can do as well as her, which is to be vulnerable and fragile and so strong at the same time, and do it in a way that feels real. When I say ‘fragile,’ I don’t mean ‘weak.’ [Doris’s] fragility is because she’s so special, and so she can be broken. There’s a fierceness and a survival quality there, but she is fragile because she feels. She’s not numb in any way.”

Another audience member asked how Showalter was able to get Greenfield to “tone it down” from his character on The New Girl. “He knew who the character was and I think he liked the character, maybe because it was an opportunity for him to show something different of himself,” Showalter replied. “There was no wrangling on my part. I think he’s perfect for John. He just exudes niceness; that you can’t fake.”

It’s “so rare, now,” another community member stated, to see “women of a certain age” carry a role “naturally and with lines on their face,” and Showalter was asked if Field felt “self-conscious” at any point. Showalter acknowledged that this was a question better answered by Field herself, before taking an opportunity to offer further praise and gratitude for her contribution. “She’s beautiful; Sally Field is beautiful,” Showalter asserted. “She threw herself 100,000% into the role, as you can see . . . I’m just so grateful she did the movie because she’s so good in it.”

Hello, My Name Is Doris has been picked up by Roadside Attractions and is expected to be released theatrically in 2016.

After the screening, party guests spilled into the festive party room and enjoyed good food and cocktails while toasting the beginning of another great Montclair Film Festival. 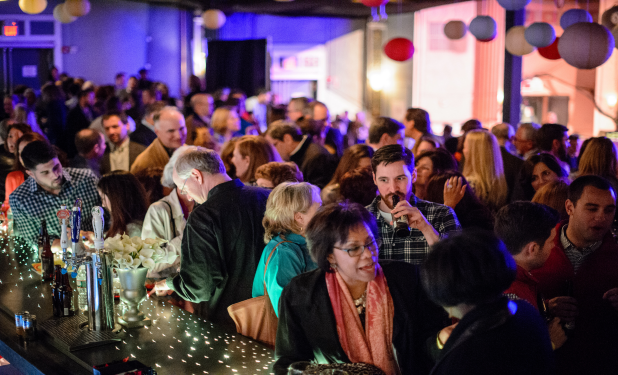 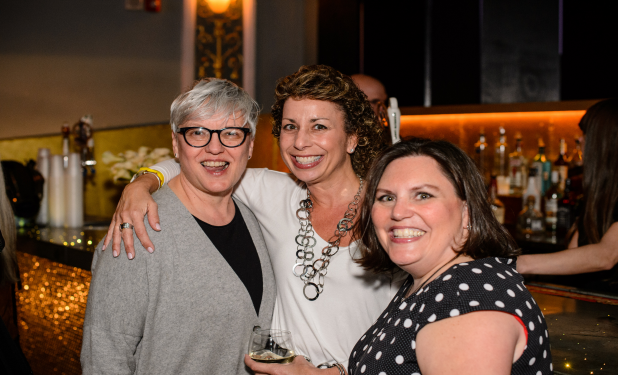