“Am I homeless? I don’t exist!” cries George (Richard Gere) as he hits the nadir of despair near the end of Time Out of Mind, a powerful and emotional character study about one man’s desperate struggle with homelessness in New York City. 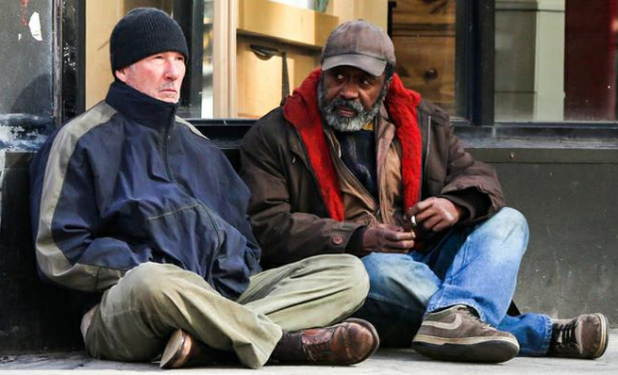 Written and directed by Oren Moverman (who also wrote and directed The Messenger and wrote I’m Not There), Time Out of Mind doesn’t so much recount a story to the audience as it drops the audience directly in the middle of George’s precarious existence as a homeless man in New York City.

We don’t learn much about the circumstances that led to George’s plight. In fact, we don’t learn his name until the second half of the film. This anonymity reflects the invisibility of the homeless population – it’s easier to ignore them than to get to know them. Through George’s interaction with social workers, homeless advocates and his conversations with Dixon (Ben Vereen), another homeless man who befriends him, the movie gradually reveals a few details about his backstory. George’s wife died of breast cancer, and he lost his job, his insurance and his home. He started to drink. We also learn that the young woman George spends much of his time observing from a distance is his estranged daughter, Maggie. Poignantly portrayed by Jena Malone, Maggie struggles with feelings towards her father that alternate between disdain, anger and filial loyalty.

Vereen’s portrayal of Dixon helps to draw George’s character out of his increasingly dangerous solitude and provides moments of welcome levity. All-too-brief yet layered supporting performances by Steve Buscemi, Kyra Sedgwick, Brian D’Arcy James, Jeremy Strong and Thom Bishops, among others, add complexity to the story. Gere’s performance, however, is striking. He spent more than a decade trying to get the movie made and his passion for the subject matter is evident in his raw, naturalistic and empathetic portrayal of George.

Cinematographer Bobby Bukowski impressively manages to make the city seem simultaneously vast and claustrophobic. And by filming George from angles that more often than not show him outside looking in, the camera serves as a metaphor for the plight of the homeless population. 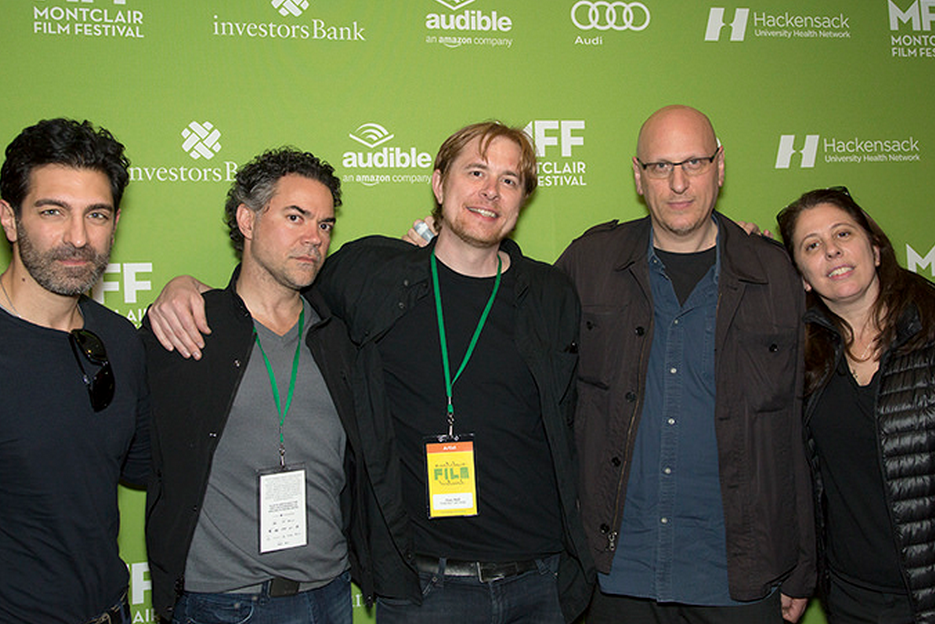 During the Q&A session following the screening, Moverman indicated that the work of Saul Leiter, an observational New York street photographer active during the 1940s-1950s, served as the inspiration for the film. Leiter’s work “recognized the many layers of the New York experience – the physical space, the perspectives through windows, through apartments, through cars. We wanted to make a movie that doesn’t move so much in terms of our manipulation as filmmakers, but rather has still, almost photographic images where the city moves around the character,” said Moverman.

Both Moverman and the film’s editor, Alex Hall, also discussed the remarkable use of assaultive sound in the movie, which immerses the audience directly into George’s world. “If you don’t have a destination, if your time is really without memory, ‘out of mind’ like George, you’re basically not in a hurry to block out what New York sounds like, and it is overwhelming and hard to bear. By opening up New York through sound and picture, we actually layered [George’s experience] even more,” explained Moverman. The voices in the shelter scenes, added Hall, “came from a group of men we assembled from a shelter. We asked them to tell their stories to each other and to the producers. We recorded all of those conversations and they became the bedrock of a lot of the background noise in the shelter scenes.”

Time Out of Mind is slated for theatrical release on September 11, 2015.