A late night crowd gathered for The Montclair Film Festival’s only horror offering of 2015, Tears of God. People grabbed their popcorn and other goodies and settled in with high hopes for a good old scary ride. 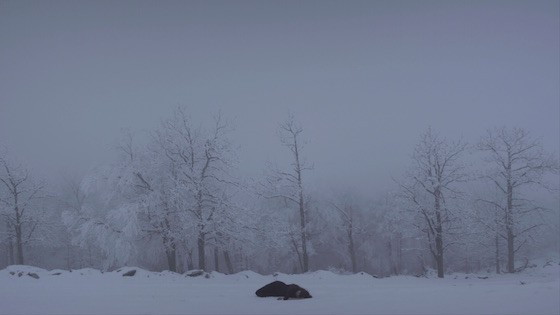 Have you ever had a hankering for a horror movie that invokes the feelings that the old Hammer Horror movies used to create? That feeling of isolation and protracted confusion when you are not quite sure what might happen next? This is the type of movie that Tears of God is. Existentially creepy–this film keeps up a disjointed pace that just doesn’t stop.

Tears of God is a story of despair, death, and subsequent madness. In the rural countryside, a young woman named Ida (Kate Lyn Sheil) struggles to create her own meaning of life after the loss of her father through a barren, apocalyptic wasteland. Her community is ravaged by demonic possession, with only the single voice of Father Samuel (Samuel Herring) crying out against the madness overtaking the town. But Ida wants to reunite with the dead, and the only path she sees is communion with and surrender to the evil that surrounds her. Haunted by a relentless demonic presence (The Lich), she pursues her own sanity. Seen by the audience in a chapter or verse format, madness and despair constantly follows Ida. The possessing demon takes on many forms throughout this story through possession and violence, as it continues to ruin lives and create havoc.

A great deal is left up to the audience to interpret, as you are left wondering who these people are and why they do not seek help. It is almost as if through part of the film we, as the audience are watching the young woman’s own internal dialogue, the divisions of her own personality at war with themselves, while the possessing demon sits back and pulls the strings by pushing the woman in one direction or another. 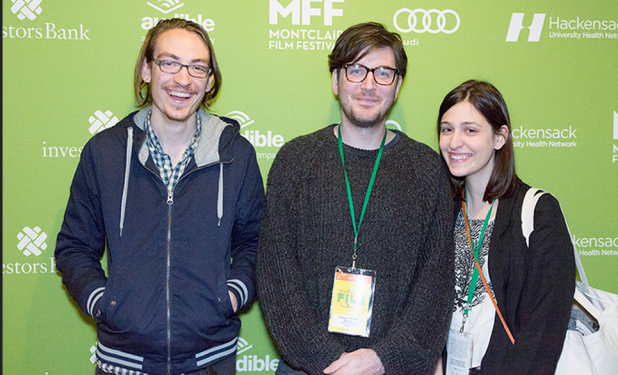 After the screening there was a brief Question and Answer period with Director Robert Hillyer Barnett answering questions about the process of making the film, and the set locations. Mr. Barnett elaborated on this question, informing the audience that the movie was filmed in and around his home town in North Carolina. Another question had to do with a disturbing theater scene which caught the eye of one of the audience members. It turns out, the theater used in the scene was an abandoned theater that the film crew decided to use, which was a considerable cost savings for the film production.