In the films’ opening scene, a janitor ambles across the quiet gymnasium of Passaic Valley High School in Little Falls, sweeping the floor and pulling out the bleachers. “I get that it’s the biggest thing in their lives right now, but I don’t understand it,” he shrugs. He is, of course, referring to Girls’ Show—the subject of David Krantz’s documentary of the same name—the biggest, most highly anticipated, and most hotly contested event in town each year. 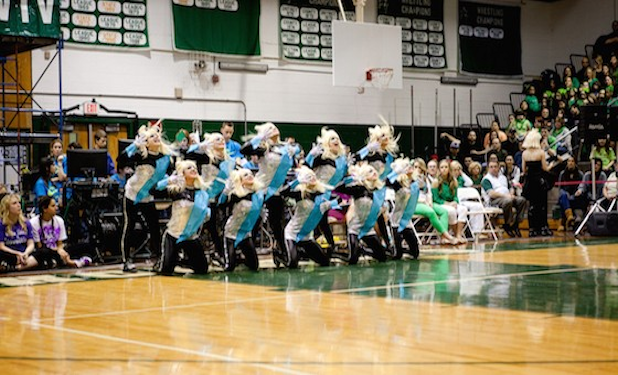 Prior to the screening on Saturday night, Krantz addressed the chittering crowd, who had filled nearly every seat in The Wellmont Theater. “How many of you have been in Girls’ Show before?” he asked, and the audience responded with whoops and excited shrieks. Stoking an age-old rivalry, Krantz then asked, “How many here are Green Team? How many are White Team?” and throngs of people applauded, hooted, and screamed in kind. Many of the audience members displayed their allegiance by wearing white or green clothes (“All you need is GREEN and a DREAM!” one t-shirt exclaimed).

So what is Girls’ Show? If you live outside this pocket of Passaic County, you probably have never heard of it, and, by the filmmakers’ admission, it’s something that’s better experienced than explained. Girls’ Show is part cheer competition, part dance-off, and part variety show. Each year, girls from Passaic Valley High School, which serves students from Little Falls, Totowa, and Woodland Park, try out to compete. Girls’ Show began in 1941 as young women’s response to the dearth of girls’ athletic opportunities at the school. “Girls’ sports weren’t as prevalent [as boys’ sports],” recalled one interviewee from the Class of 1954. “With Girls’ Show, we said, ‘It’s our time; this is ours.’” 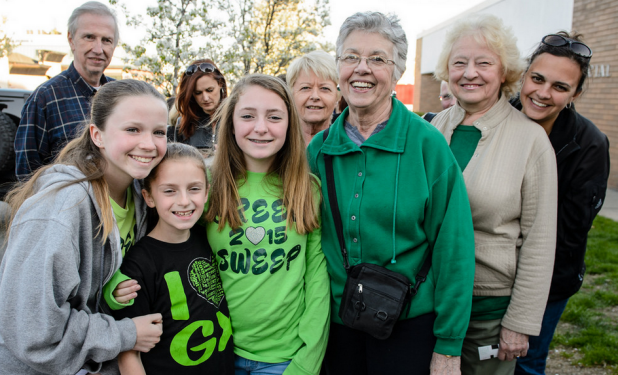 The film follows the 2012 Girls’ Show competitors as they hold tryouts, carefully choose teams, invent elaborate themes, choreograph routines, design and fabricate costumes, select and professionally cut soundtracks, and, of course, endlessly practice, the limits of their bodies—and their friendships—tested over the many weeks of devotion and effort. “I love Girls’ Show; I just hate it,” grins exhausted senior Leandra Cilindrello, head of the White Team.

The documentary exhibits both the camaraderie and the intense rivalry that Girls’ Show incites. Girls’ Show director Kathleen Dellanno tells the team leaders, “[The new recruits] look up to you. Don’t belittle them. We build people up; we don’t break them down.” Indeed, it’s clear the girls form deep and lasting bonds and, when the going gets tough, they support each other. “I try to make jokes and keep people laughing,” says Cilindrello. During difficult moments, Ashley Dondero, head of the Green Team, reassures and encourages her comrades. However, both girls are hungry to win, and one misstep or botched cuff on a costume can send sparks flying. Some girls’ mothers, aunts, and grandmothers were all in Girls’ Show, and the pressures of maintaining that legacy bubble just beneath the surface. When heading a team in the midst of a streak, those pressures are amplified. “I would never want to be the head who ruined the legacy. I would go into hiding,” Dondero very seriously says. “I want to show that I can be the best and I can beat the best.”

That interplay and vacillation between camaraderie and rivalry forms the film’s backbone. Footage of the girls embracing and weeping joyously when they first see their finished costumes is contrasted with recollections of when Girls’ Show was cancelled for getting too “serious,” with girls sniping at each other, hurting each other, even getting into car accidents. “Everyone is so nice now,” Dondero assures us, but when describing the older shows—“I heard they had girls do knee-falls on concrete and they threw ice at them”—her eyes betray her with a glimmer of gleeful menace. Interviews with past Girls’ Show participants fondly recalling the fun and friendship of the competition sit alongside a policeman’s report of a grown man macing another on line for the show. Students hotly debate whether the show can be considered a sport: One teenage boy dismisses it as “an excuse for girls to be bigger bitches than they are,” which drew loud hisses and boos from the audience, while Dondero defiantly offers a challenge: “I hate boys who are like, ‘Girls’ Show isn’t a sport.’ You come to one of our five-minute routines!”

So what is Girls’ Show? Attitudes and perceptions run the gamut. Is it a sport? Is it a cult? Is it a feminist celebration of women’s athletics? Is it “just a dance show,” or is it a see-it-to-believe-it extravaganza? Is it a source of community pride or division? Whatever it is, it’s a force to be reckoned with. 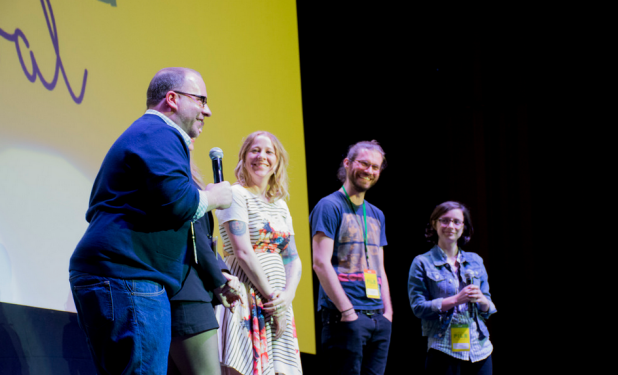 Following the screening, director David Krantz, producers Rebecca Atwood and Kyle Luker, and writer Rachel Brunet took questions from the audience, who cheered and applauded throughout the entire film. Krantz revealed that his interest in making Girls’ Show stemmed from a breakfast conversation with Atwood, whose attempts to explain and categorize the competition initially bewildered Krantz yet compelled him to research it further. Luker’s involvement was a family affair, having grown up in Little Falls and attended Passaic Valley High School: His mother, aunt, and sister-in-law all competed in Girls’ Show. “I’ve been trying to tell people what it is for years,” Luker said. “Hopefully it’s something we can bring to the whole world.” Luker took pride in how the film captured the extraordinary effort on behalf of the girls, the faculty, the administration, and the community. “You get to see how much work both teams put into this one night show,” he marveled.

Krantz elaborated on capturing the balance between competition and camaraderie on film. “Being ten years removed from high school, I forgot how much drama there was,” he laughed. “But it’s sometimes lost that these participants are designing their costumes, coming up with the music, managing people, and doing so much that doesn’t really show on college resumes. It really is phenomenal from that standpoint. I covered it for four days a week for five or six months; I wasn’t always there on the weekends and other times when they were working on things, so it’s a lot of dedication.”

Since many of the audience members had personal connections to Girls’ Show, most of the questions pertained to what was cut from the film: why a focus on the Cheer and Dance facets of the competition but not Exercise, why there wasn’t more archival footage included (a decision that pained Luker: “It was so grainy that it wouldn’t have projected well on a screen this size”), why other Girls’ Show directors and participants weren’t featured, etc. This afforded an opportunity for the filmmakers to discuss the process of creating, shaping, and editing an independent film on a strict budget, especially within a school setting.

In order to be as unobtrusive as possible, Krantz agreed to minimize the amount of crew members filming within the school. “For us to follow six teams, two people from each team, would have been nearly impossible,” he acknowledged. “A production of that size would warrant a much larger crew.” Krantz also emphasized the importance of tailoring the story in a way that would reach audiences outside the Passaic Valley High School community. Since Girls’ Show is “a weird, insane thing to try to explain,” Krantz said, streamlining the focus to a rivalry between Dondero and Cilindrello helped make Girls’ Show more comprehensible to an outside audience. 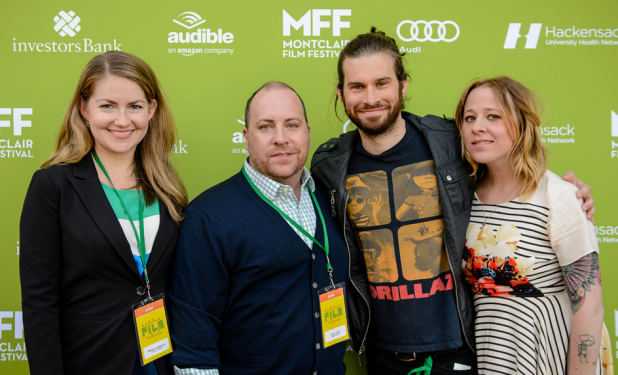 Editing the film took over a year and a half, with two different editors on board. The crew employed seven cameras to capture an immense amount of footage, which then had to be whittled down to the film’s 73-minute runtime. The music alone took six months to compose, sequence, and edit: Since the Lady Gaga-themed White Team used the pop star’s songs throughout their routine, all that music had to be replaced. “We couldn’t [afford to] go to Lady Gaga and ask for the rights to her songs,” Krantz stated.

The community was boisterously appreciative of the film. Audience member Nina LaRusso, a one-time Girls’ Show competitor, thanked the filmmakers for capturing what makes Girls’ Show unique, exquisite, and long-revered. “You’re filling a void that we all have,” she said. “I’m 37 and I still have dreams about it, so thank you for doing this.” When Atwood detailed the necessity of making cuts after nine months of shooting, she declared, “None of you would have sat here for five hours,” and the audience roared in playful disagreement. 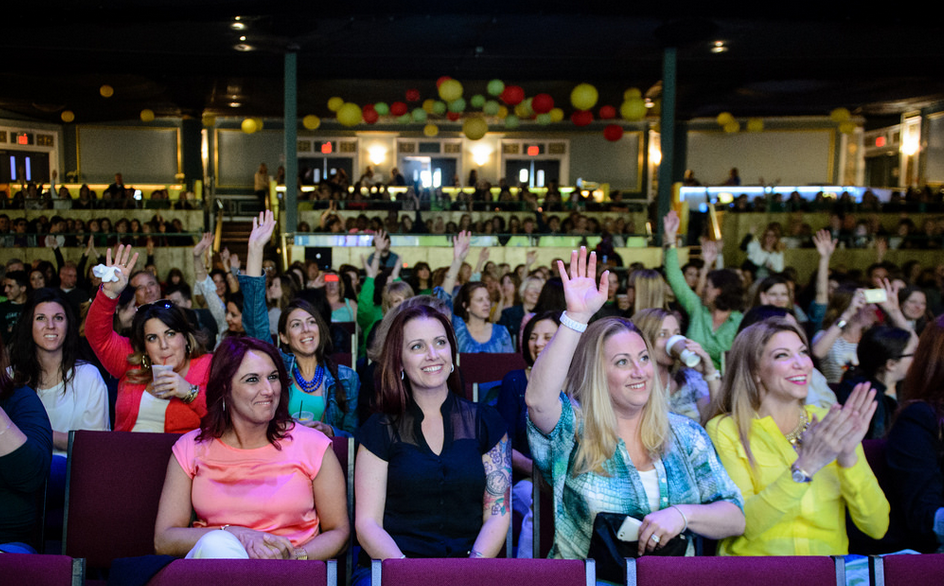 The filmmakers were equally grateful to the community, particularly to Girls’ Show director, Dellanno. “A lot of people told us we couldn’t make this movie,” Luker revealed. “From day one, Kathleen said, ‘You have to tell this story.’ So we were really lucky that we had her. We’re so thankful for her support, and the support of everyone involved with Girls’ Show who helped make [the film] what it is now.”

When asked what she found most interesting, Atwood cited the importance of the underlying story about women: “The thing that really made my heart sing is that this is all about women of every age coming together and supporting each other and competing against each other and loving each other—from the audience loving the people performing, to the performers collaborating with each other and having their ideas heard, and the community coming out to support them. And that, as a woman myself, is something I don’t see nearly enough.” 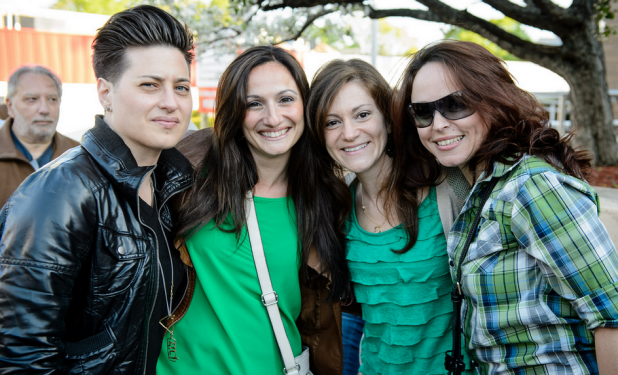 Click here for more great pics from this event.