“You wanna f**k or you wanna fight?” Olympia Dukakis’ Grandma growls towards the beginning of 7 Chinese Brothers, an introspective look at the ramblings of an Austin ne’er-do-well, directed by Bob Byington. It’s a fine shorthand for the film’s message: do you want to participate in life or do you want to continue to wring your hands at the margins? 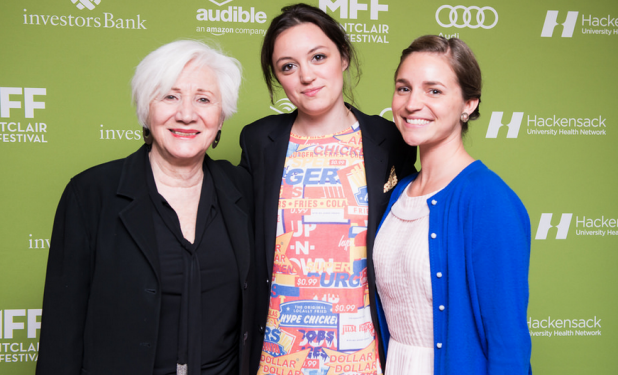 The film is a case study of life for the Beta male. Lawrence stumbles from his beat-up heap of a car to his dead-end job to his crappy apartment while occasionally washing up at his grandmother’s assisted living home. Amid his attempts to hit her up for money, he’s managed to strike up a friendship with her nurse Major Norwood, played by the strong-jawed Tunde Adebimpe who provides Lawrence with advice and filched pills. The movie is by turns whimsical and absurd, though life finally makes a case for Lawrence to try and take it seriously after he meets his new boss and love interest, Lupe, played by Eleanore Pienta.

Filmgoers have walked this road before, so we are pleasantly surprised to learn when Grandma passes that the way forward is not paved with easy opportunity for Lawrence. Instead he’s provided the impetus–by way of a very funny remembrance ceremony–to begin making the amends necessary to finally get on with life. Pressured by a pre-recorded message of Dukakis extoling those present to come up with concrete things to accomplish in their lives, many are at a loss. The character actor Steven Root, here in the guise of an estate attorney, admits simultaneously that he needs to work on his family life, that those efforts are failing, and, having heard the tape previous to the rest of the group, that he probably should have prepped a bit longer for this very same moment. 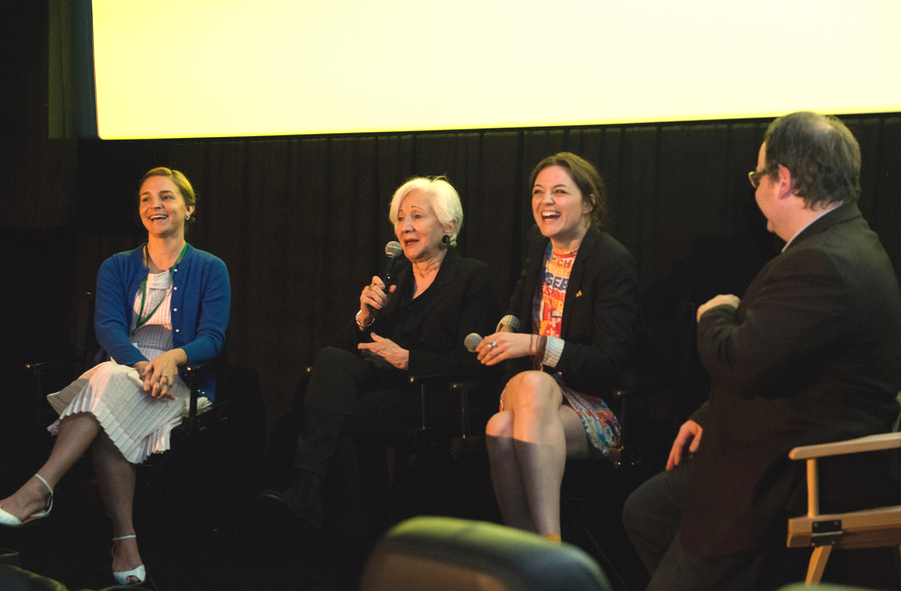 At the Q&A after the screening Lawrence / Schwartzman was still being propped up by the film’s female cast, though now in his physical rather than emotional absence. Dukakis and Pienta fielded questions, joined by the film’s effervescent producer Seana Flanagan. Asked about what drew her to the part, Dukakis replied, “The persistence,” referring to director Byington’s initial failed attempts to cast her. Such is the life of an indie movie in 21st century America; persistence does pay off, though in the long run. Flanagan shared that Byington first wrote the script 12 years ago, with different actors attached in different permutations. Asked about the budget, Flanagan played cagey with a smile. “The polite answer is somewhere between Titantic and The Blair Witch project,” she quipped to laughter.

It’s interesting to note the screening Sunday was a coming home of sorts for Dukakis, long a native of Montclair, though recently removed back to NYC. So as the screening ended and the theatre’s doors opened into the late spring heat, she had many well-wishers at her arm, a bent ear, and many a kind word. Earlier referring to Schwartzman’s boundless energy and enthusiasm for acting, Dukakis noted, “When someone does that, you want to jump on the bandwagon,” though she could just as well have been referring to the support of a hometown crowd.