Award winning documentary producer John Battsek joined The Montclair Film Festival and the In Conversation audience at our own Audible Listening Lounge for an intimate discussion about his career in the documentary industry. Introduced by his brother, Daniel Battsek (a Montclair resident and film producer), John made the trip “Across the Pond” to promote his films featured at MFF: Listen to Me Marlon and Drunk Stoned Brilliant Dead: The Story of National Lampoon and to attend Monday night’ In Conversation. 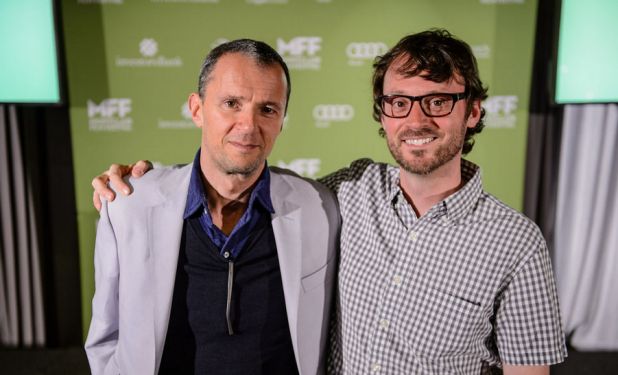 The excited crowd that gathered shortly before the conversation began had an opportunity to chat with John over a cup of tea or coffee. They were thoroughly interested to hear about his career and to learn from his experience.

John Battsek has been involved in the creation of over thirty documentaries, including Searching for Sugar Man (Academy Award® 2013), The Imposter (BAFTA winner 2013), Restrepo , Sergio, Manhunt, Hillsborough, and The Tillman Story. John has been nominated three times for a PGA Award and was the recipient of the 2013 prestigious Grierson Trustees Award for Outstanding Contribution to Documentary. He is seen as one of a host of brilliant documentary producers and an expert at his craft.

Joined onstage by friend of the Montclair Film Festival, David Nugent, both he and John settled in for an enjoyable discussion about the often difficult task of producing award winning documentaries. 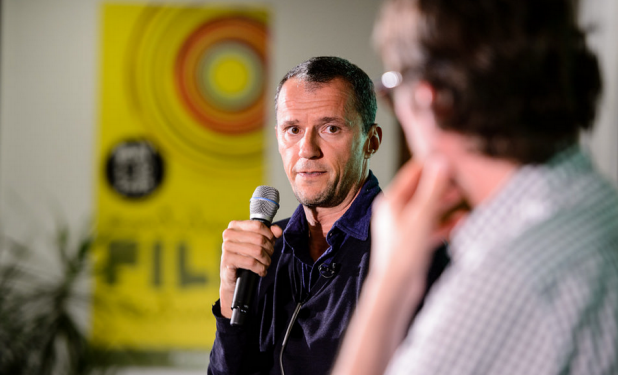 As John has produced 39 films in the past 18 years (most of them documentaries), the logical place to start the discussion was to talk about what draws him to a project? Being a sports hobbyist and lover of film, what very often excites Mr. Battsek about making a film is the chance to work with new filmmakers. Finding new talent gets his blood pumping about new projects.

There are certain aspects of his profession and the profession of film directing that John says are essential to be a success in this industry. Documentary directors must be willing to collaborate with others on their projects as they are telling their story. Producers however have a more difficult job, as they must be able to talk, and talk fast, while always making sense. Both professions require a great amount of determination and humility as well.

Questions from David Nugent took a turn toward how the industry influenced John’s work. Which professional producers and directors does he look up to? What are the most influential films? He relates that his most influential colleagues would have to be: James Marsh (Theory of Everything), Errol Morris (The Wildness of Error) and Kevin McDonald (Northern Soul). And films that John watched as a boy with his father and his brother had a tremendous impact on him including: Marx Brothers films, The Great Dictator, The Sting, and The Deer Hunter. After John watched the documentary, When We Were Kings, about the famous boxing match between Ali and Foreman in Zaire, he knew he wanted to create films.

In discussing his own work, John made a point of telling the audience that the reason why the best films always seem to be documentaries is because the standard for ‘narrative films’ has dropped in the past decade. Also that ‘real stories’ about ‘real people’ are much more compelling! This is probably the reason for the success of his documentary, One Day in September (1999), an emotional account of the terrorist attack and taking of hostages at the 1972 Munich Olympics.

Searching for Sugar Man and Black Sun were two of John’s more well-received documentaries, however their level of financial success were very different. When asked about these two films and their differences, John told the audience that Searching For Sugar Man was a ‘feel good story’ about two South Africans set out to discover what happened to their implausible musical hero, the shadowy 1970s folk singer, Rodriguez. While Black Sun is a horrible tragedy, the story of Hugues de Montalembert, a New York-based artist and filmmaker who was blinded by a brutal attack in 1978. People enjoy and are more likely to be attracted to positive, uplifting stories. This is usually what dictates the overall success of a documentary.

John Battsek always wants to ‘push the envelope’ and try something fresh and new, he did so in this years Montclair Film Festival offering Listen To Me Marlon. He and his team combed through Marlon Brando’s own personal recording archive and had Mr. Brando himself tell his own life story rather than just interview a number of celebrities (which John finds tedious and over used). Through his professional connections, John was able to obtain a CGI recording made of Marlon Brando’s head (made for the feature film Superman, 1978) so that the audience could actually ‘see’ Marlon Brando tell his story.

When asked about ‘arguments’ that he has with his directors and crew, Mr. Battsek told us . . . ‘running time’. He is very adamant that a documentary’s running time should not exceed 85 minutes, because he does not want an audience leaving one of his ‘docs’ saying that it “could have been a little shorter”.

Mr. Nugent and Mr. Battsek then opened the floor to the audience for questions. When asked about the level of creative input that he has in his documentaries, John told the audience that he finds there is a ‘real appetite’ for his creative input, even more so than on a narrative film.

When asked about funding for documentaries and narrative films, John explained that ‘crowd funding’ (Kickstarter) is very valuable for new talent, those who are just starting out. Although he personally has no experience in crowd funding, and would never resort to it, it can be useful.

Would Mr. Battsek get involved with a completed film? Earlier on in his career he would have said no, but his answer to this type of question has changed recently. He would involve himself if it was the right type of film that created an interest.

The only real piece of advice that John left us with, and this is actually applicable to much of life, is that when making a film get involved with someone who knows more than you do. This is great advice, and we want to thank Documentary Producer John Battsek for joining us today!