Laughing hard, deep from the belly, with many others nearby feels really good. Such laughter became a repeated experience for the audience watching Very Semi-Serious, directed by Leah Wolchok. 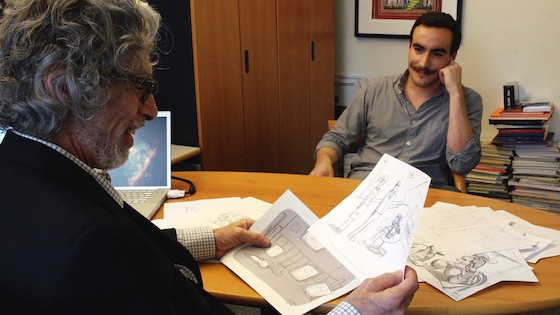 This film focuses on Bob Mankoff, cartoon editor of The New Yorker magazine since 1997, and the process he uses to select great cartoons. Although the film is a motion picture, what we laugh most at are the dozens and dozens of still shots of brilliant cartoons shown throughout the documentary. Mankoff himself comes across as a charismatic and humorous gatekeeper, one who loves the magazine and the poignant and strange cartoon artists who get rejected time and again. Working on his own memoir during the filming period, Mankoff is most famous for his cartoon depicting a business executive on the phone, stating the ultimate rejection: “No, Thursday’s out. How about never—is never good for you?”

Unfortunately, the director and others involved with creating the film were unable to make the screening due to a scheduling conflict. Nevertheless, the audience remained thoroughly engaged with the film itself from beginning to end. 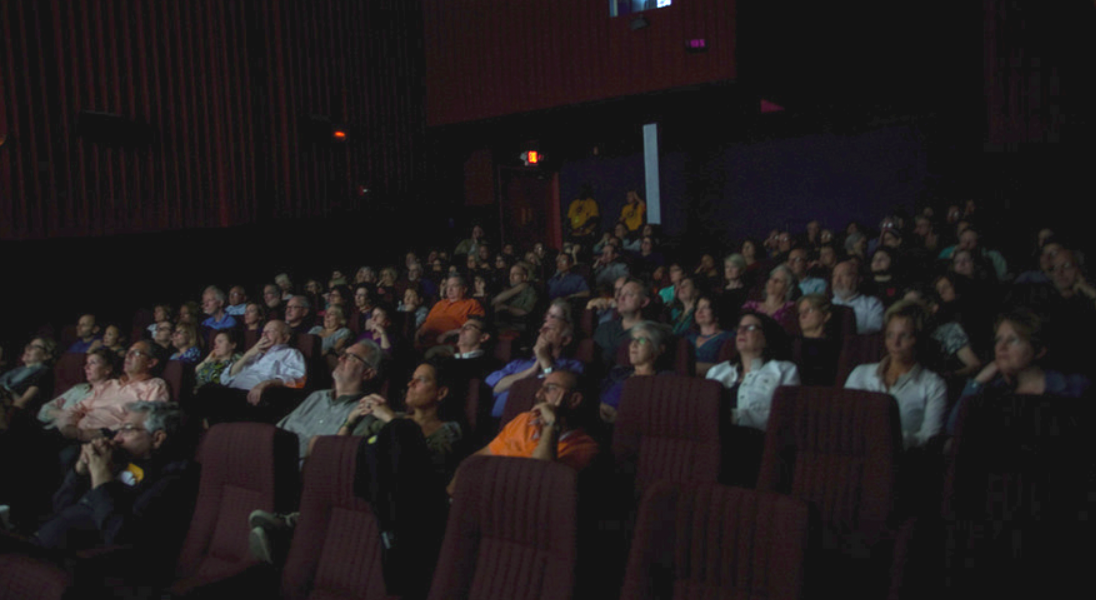 Every Tuesday is a big day for professional cartoonists. Young and old, often published or never published, they bring their portfolios of cartoons for Bob Mankoff to review at The New Yorker offices. Rejection happens, over and over and over again. So does selection, rarely and occasionally.

The film is very special because it effectively manages to profile the quirky personalities of a number of cartoonists. While the dominant and very humorous personality of the film remains Bob Mankoff, the narrative makes us empathize with a number of successful old-timers, such as G. Booth, as well as newer cartoonists trying to break into the magazine, including Lliana Finck and Ed Steed.

A very young English man born in 1987 and raised on a farm, Steed explains he had never seen The New Yorker. While traveling in Vietnam, he finally sees some of its cartoons online, and decides he will focus his career on getting published in that magazine. We see Steed meeting with Mankoff on a Tuesday, and even the film audience realizes the talent that Steed has. Mankoff jokes that Steed always wears the same gray shirt when he comes to the offices, but that particular day Steed has finally added an additional wardrobe piece, a gray shirt on top of the old gray shirt.

The film devotes significant segments to profiling women cartoonists who have broken through the glass ceiling of the male–dominated artistic world. Born in Brooklyn, Roz Chast is the rare New Yorker cartoonist with more than 1,000 cartoons published in the magazine since her initial acceptance in 1978. She describes how cartooning became the way she could find a way to tell her mother off in private. In a very funny scene, the camera focuses on her with her pet bird inside her house; Chast explains why she hates going outdoors, because it can be too hot, too cold, too unpredictable.

We also learn about Emily Flake, whose cartoons have been frequently selected by Mankoff. As a new mother, she explains that she doesn’t want to get stereotyped for doing new mother cartoons. Yet one of the funniest cartoons by her shown in the film depicts a young urban mother telling her friend she selected the private school for her child based on a Groupon deal!

The film gets a little more semi-serious when Mankoff reflects on editorial decisions just after 9/11. The editors felt it would be inappropriate to publish any cartoons immediately after the disaster, but changed their minds after G. Booth submitted a powerful drawing of a violinist putting her instrument and bow down on the ground. A week or so later, Mankoff published Leo Cullum’s cartoon depicting a man and woman at a diner, with the woman saying “I thought I’d never laugh again. Then I saw your jacket.”

In the current year when an act of violence occurred at the offices of Charlie Hebno in Paris, Very Semi-Serious makes a strong cinematic statement that we want to live in a world where cartoons can make strong statements about our culture.