As a mom, I search for ways to support my toddlers in discerning the world around them. To distinguish and strategically sift through myriad messages that are both competing for and congesting their attention. 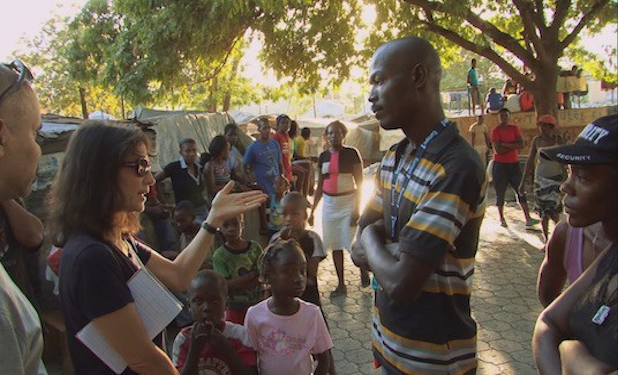 Although I didn’t come to this particular movie searching for solutions to my parental dilemma, by the end, it certainly gave me confirmation that I was on the right path in my introspective inquiry. Enter Hot Type: 150 Years of The Nation, a documentary by two-time Oscar winner and veteran movie producer and director Barbara Kopple chronicling America’s oldest weekly publication’s very pursuit of telling news stories from the frontline unfiltered by financial sponsorship. Filmed over the course of three years, Kopple creates a compelling film about the importance of journalism from ground zero. The arc of the movie details the historical intent of the weekly publication, the snapshots of several reporters, and profiling stakeholders—from interns to staff—invested in continuing to sustain and publish the paper. Heralded as an icon of old media, The Nation, in its mission and methodology, tries hard to uphold tradition.

Created by a Republican abolitionist, The Nation has been heralded as a beacon, a periodical for the people. Quoting its editor and publisher, Katrina vanden Heuvel, The Nation is intent on “treating journalism as a public good.” Other notable journalists such as Rachel Maddow and Bill Moyers, who are featured in the film, attest to this point. Maddow lauds the publication as “a mission driven cause in the form of a magazine,” and Moyers celebrates how the magazine “can get close to the truth because it does not try to get close to power.”

Hot Type: 150 Years of The Nation makes cogent irrefutable arguments for both frontline reporting and restricting donations from impacting day-to-day operations and editorial decisions. But the movie also makes real and clear the challenges such an approach to reporting must constantly face and address. Despite commitment to relaying news devoid of corporate sponsorship and the filters such monies mandate, there is always the looming question of addressing the ever-increasing costs—in money and manpower—of such devotion.

In light of the dilemma, Hot Type: 150 Years of The Nation accentuates the significance and impact of frontline reporting by situating viewers right in the heart of the stories the reporters are covering. We are eyewitnesses alongside Sasha Abramsky beholding the scorching consequences of climate change on a farm and its far-reaching impact on its workers, its town and the larger economy. We too choke on the dust and devastation. Richard Kim walks us through Zuccotti Park and the Occupy Wall Street movement to hear its actual voices, juxtaposing them against the vitriol hurled by those that assuming ulterior motives and choosing not to understand them. John Nichols immerses us within the groundswell of protest in Wisconsin against the whittling of public services, attacking of labor unions and the powerful use of the recall vote as a tool to dismantle such ruthless initiatives. Dani McClain pulls up an extra chair for us to sit and listen to why North Carolinians from all walks of life amass to protest against the revision of voters’ rights. We learn the power and impact of the collective voice, and the power of silent protest. Amy Wilentz brings us back to Haiti, back to the rubble and tents still enshrining its people years later, returning our gaze back to its forlorn recovery long after ocular titillation with its recent catastrophe has abandoned them. She brings the poverty of our collective inattention back into full sight. We learn how the disciples of The Nation try hard to bring into our focus big issues affecting ordinary people.

In speaking of bringing into focus contemporary big issues, Hot Type: 150 Years of The Nation illustrates the cyclical nature of history, overlaying vocalized excerpts of previous stories covered in The Nation over the stories highlighted in the film. It makes a chilling impact. It is amazing how history repeats itself. The fright of McCarthyism is resurrected and paralleled alongside what is happening in Wisconsin. A news article from 1963 about the exploitative practices of international bankrolling of governments that pillage, impoverish and oppress its own people parallels images of Haiti’s still remaining tents and tarnish. The resounding words of Dr. Martin Luther King from an article he wrote about civil and voting rights resounds against images of activists in North Carolina. In a poignant use of quotes, “silence is betrayal.” To this point of silence as betrayal, the movie shows The Nation as a publication not as a leftist soundpiece regurgitating a scripted platform, but a publication constantly enduring the challenge of keeping its finger on the pulse and a microphone to the mouth of the people.

But Hot Type: 150 Years of The Nation is not just about the resilience of a publication. While the movie explores the staff’s collective investment in their mission, it also vivifies who they are as people, bringing into focus their introspection, plights and epiphanies inasmuch as their journalistic dynamism. It is also about the people that do the work. We are given glimpses into everyday lives and everyday struggles. Excerpts of Richard Kim’s writing process and procrastination show us the hard work of writing. Betsy Reed Stamm shares how she grew up on kitchen table conversations about politics, and in turn is teaching her tween daughter the same. Victor Navasky, Publisher Emeritus, brings us into his public and personal spaces. Katrina shares of her evolution as a writer and member of The Nation, harkening back to her days as an intern. And it is the intern program itself that is spotlighted in the film, where so many in the film attribute their start as writers. The current interns are also given opportunity to share where they think the publication can grow, as illustrated in a staff meeting they ran where they suggest more coverage of LBGT issues, cultural criticism, and diversity within The Nation’s own editorial staff.

Luckily, with all the rich and deep ideas and questions raised by the movie, we had the fortune of having the filmmaker with us. During the question and answer period, people raised various questions about the focus of the film, decisions about what to include and why, as well as upcoming projects. When asked why journalists were the focus of the movie, Kopple explained that to make the case for why frontline journalism is important it necessitated being with actual journalists in the field. An audience member inquired of her editorial process given the breadth of the movie. Kopple shared that there was a massive amount of footage collected in the years of filming, but worked diligently to shape the movie so that it had variety in the stories covered. 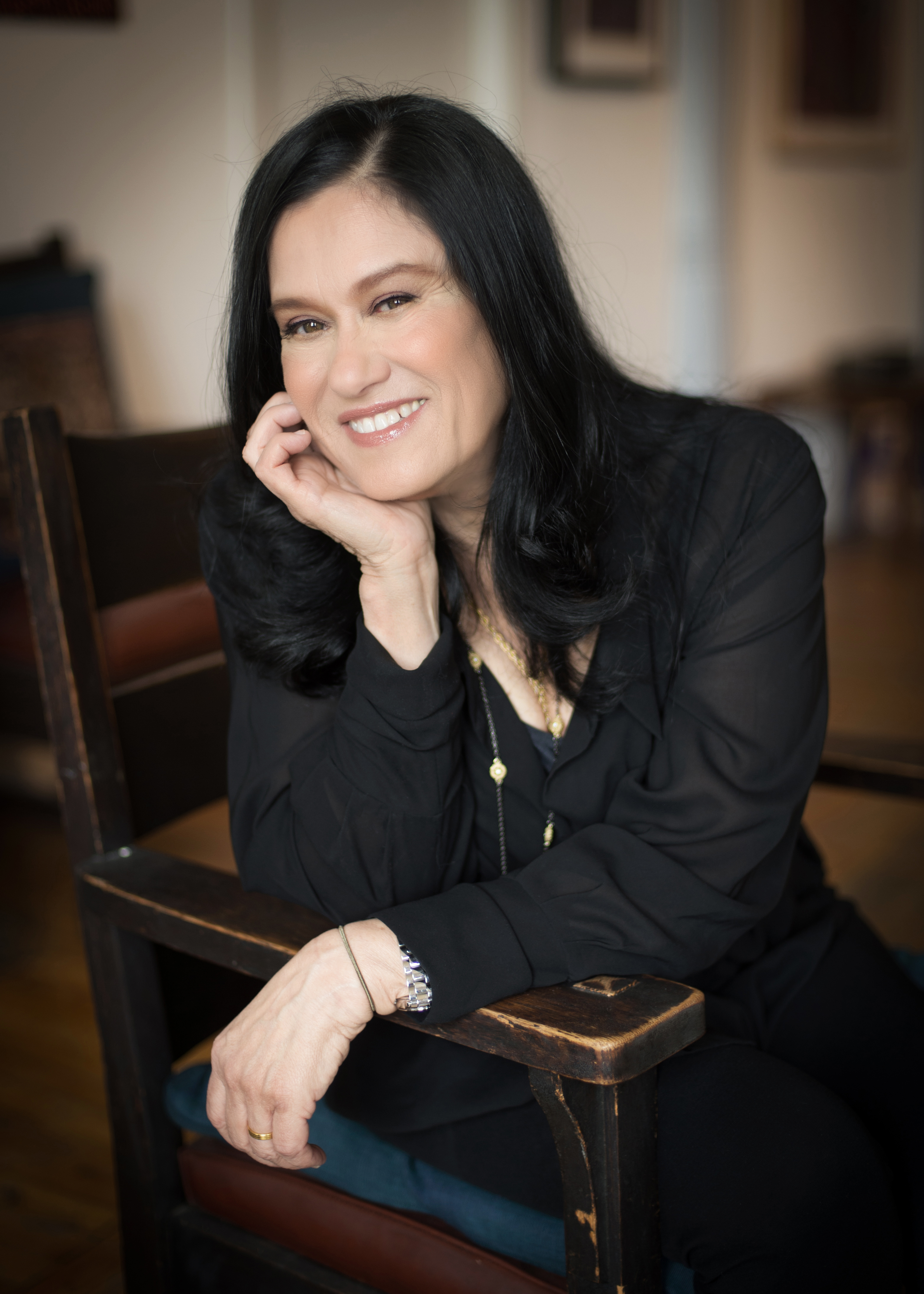 When asked of her own experience about making the film, she shared that she got a lot out of the experience. When asked how others can help The Nation continue thriving, Kopple advocated for people to subscribe and make donations. Next, another viewer asked about her filmmaking background and future projects. Kopple shared that she has been making films for 30 years, and currently is editing two new documentaries, one about Sharon Jones and the Dap Kings, the other about homeless veterans.

When asked what drives her, she answered regarding the resilience of the human spirit. “We live in such dangerous times,” she said, “yet people still move forward.” Another audience viewer noted the lack of diversity in people of color working for The Nation, which Kopple addressed by saying that while there is diversity of journalists in the field, she too made note and suggested to the staff that there needs to be more diversity within the central office. Finally, when asked her intention in making the film, she responded that she was commissioned by The Nation to chronicle its 150 years, but as she began doing that she wanted to learn more.

What I could do, too.

What I could teach my sons to do.