Thursday night’s headline for the Montclair Film Festival was a film event that fit its subject; it was larger than life and totally outside of the box. The live documentary screened at the Wellmont Theatre was a tribute to R. Buckminster Fuller, who according to a television host, had been called a “genius”, “the Benjamin Franklin of the space age” and a “crackpot”. 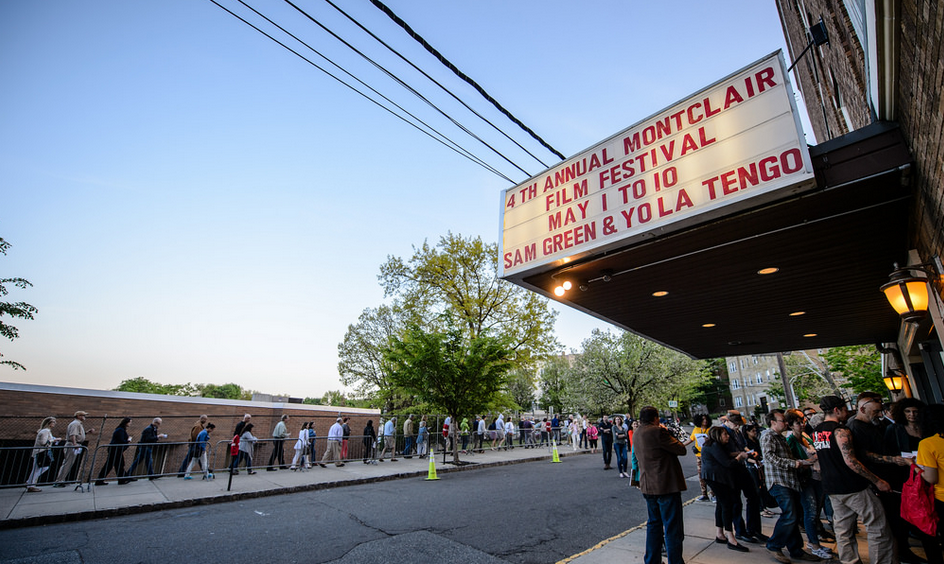 Director and producer Sam Green narrated a series of clips and stills from the late Fuller’s archive in harmony with indie band Yo La Tengo’s original live soundtrack. From the other end of the stage, the music’s tone alternated between foreboding, hopeful, eerie and Space Odyssey-esque to follow the rhythmic loop of triumphs and failures that made up Fuller’s life.

In a soft, bedtime story voice, Green took the audience on a trip of the architect, inventor and author’s life with a mixture of humor, empathy and a bit of reverence. Green also smoothly went off script and reminded the audience that it was a  live performance with a “bless you” to a sneezing ticket holder. 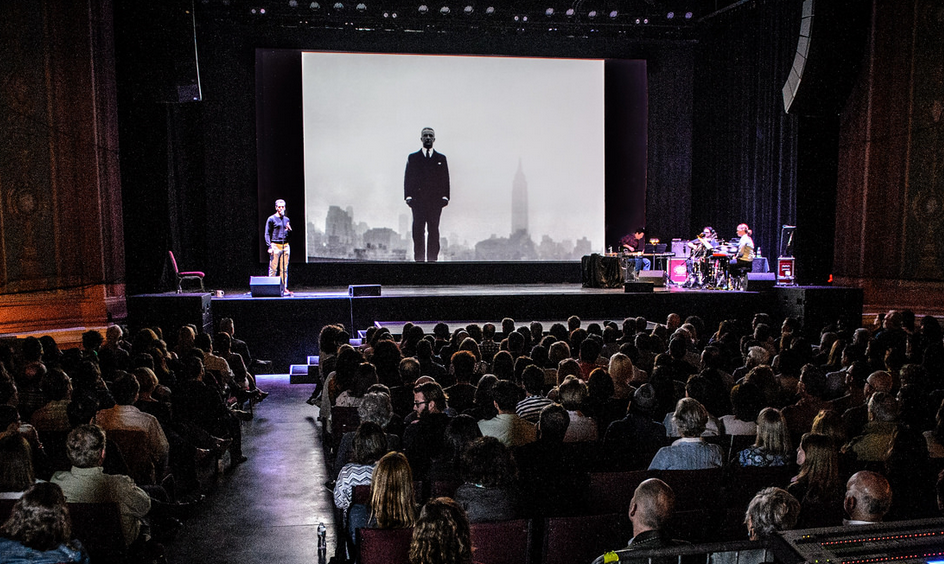 On script, Green first marveled at the expanse of Fuller’s archives; there is a wealth of telegrams, letters, photos, blueprints and anything else that “crossed his desk”. The audience laughed as Green gestured towards an image of Fuller’s Social Security card and grinned, “I love this s**t!” 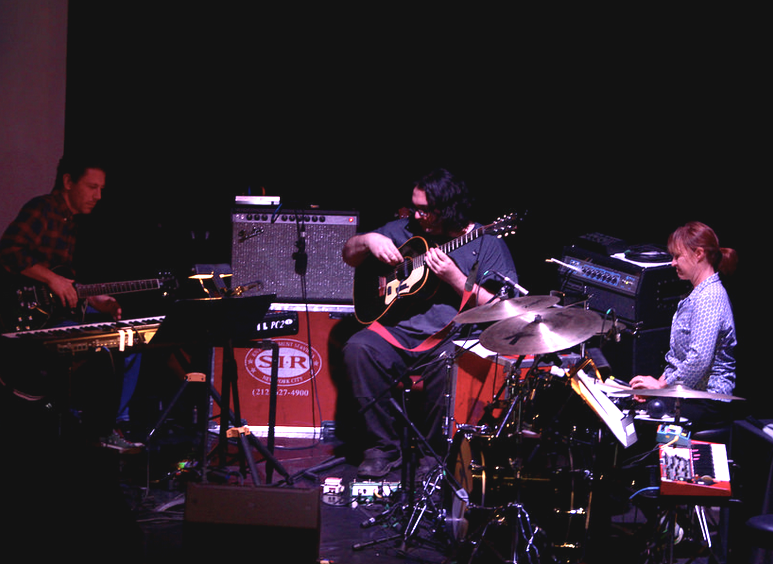 Fuller’s life began ordinarily enough; he married in 1917 and had children. However, a series of misfortunes led him to the brink of suicide. Legend says “a voice told him he couldn’t take his own life, that he had to dedicate his life to humanity instead”. And, Green added, “In some versions of his story, he even levitated”.

Whatever happened in that mythologically tinted turning point, Fuller heeded the voice. He initiated his own design revolution with the creed of today’s environmental conservationists, “do more with less”. By applying this philosophy to invention, Fuller believed that peace would be created as humanity could circumvent fights over resources.

To illustrate Fuller’s vision, Green shared a number of his sketches and prototypes. Fuller dubbed many of these ideas with a blend of the words, “dynamic, maximum and tension;”: dymaxion.

Perhaps Fuller’s own term was the most apt title for his designs. After discussing Fuller’s futuristic car and mass produced house concept (both of which “went down the drain”), Green placed his most famous invention in context, “Alexander Graham Bell got a phone, Thomas Edison, the lightbulb, with Buckminster Fuller, its the geo . . . dome– he’s the dome guy”. 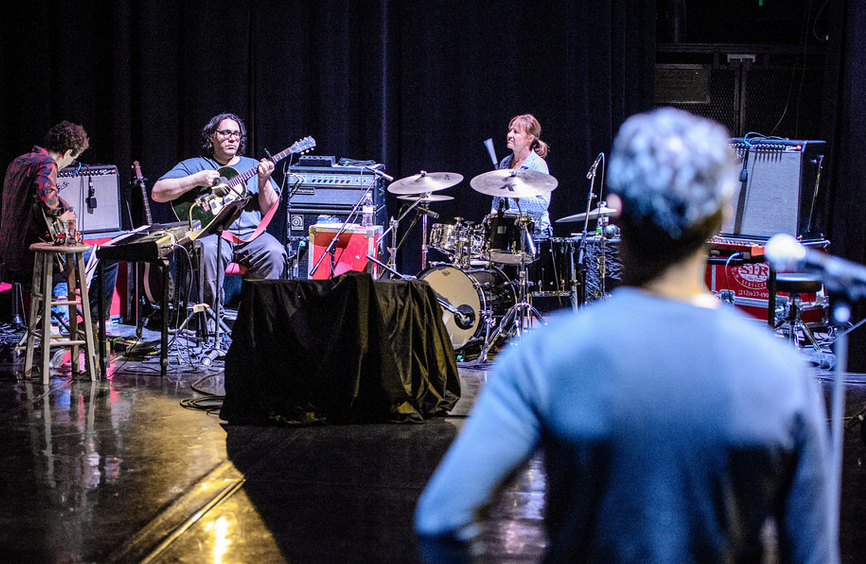 It was his first success. In the 1950s his dome plans were used for botanical gardens, aquariums, radar stations, churches, and, of course, Fuller’s home. Green identified this success as another turning point, “he was no longer a fringe figure”. Yo La Tengo highlighted that transition with strains of hope.

In from the fringes, the “huge egomaniac” was pictured on a 1960s Time magazine cover and became a lecture staple. When it came to lectures, though, less was not more.

Not only did Green credit Fuller as “the most impossible person to edit I’ve ever come across” because he spoke in “the opposite of soundbites,” but he also shared that one of Fuller’s lecture series was entitled “Everything I Know”.

At 42 hours, that title might actually be the opposite of hyperbole.

Was R. Buckminster Fuller a genius or a crackpot? Or perhaps a bit of both? However you slice it, Sam Green’s project is fitting for either personas. 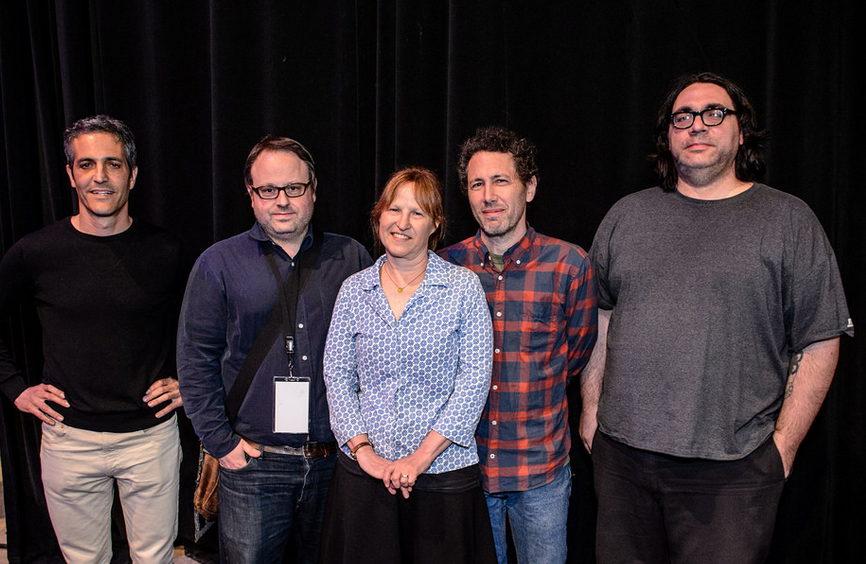