Tuesday night a collection of up-and-coming filmmakers joined The Montclair Film Festival and the In Conversation audience for an intimate discussion about their films, filmmaking, and the benefits of working at their craft in the Montclair area. 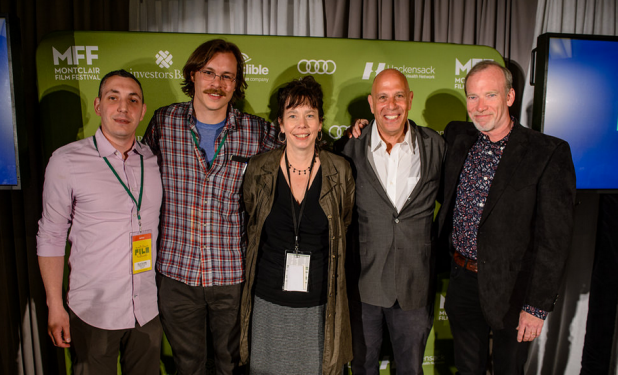 The crowd gathered early to chat with one another and to come and meet the Montclair Filmmakers panelists; Daryl Ferrara (Ceremony for Our Time), Charles Poekel (Christmas Again), John Block and Steve McCarthy (The One That Got Away).

Moderated by Susan Spoog, Professor of Filmmaking at our own Montclair State University, she immediately got down to the nitty-gritty and asked the panel the question that most of the filmmakers in the audience were wondering. How does being in the Montclair area affect you as a filmmaker? Both John and Steve cited the collaborative benefits that Montclair offers, the fact that the community is so creative and always willing to help. While Daryl and Charles both benefited from the educational aspects that are offered here, acknowledging that the artistic resources are excellent.

The genesis of a great many films hold an emotional place in their creator’s hearts and these filmmakers are no different. When asked about what inspired the creation of the Glenfield films featured at the 2015 Montclair Film Festival, these gentlemen told us how the Glenfield Middle School stories touched a chord with them. 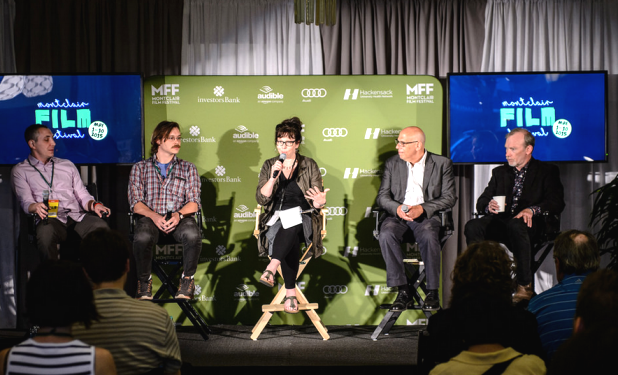 Mr. Ferrara had watched similar films previously and was astounded at what these young children were capable of, and after being able to interview these “kids” for his film Ceremony for Our Time his “jaw dropped” at how poised and how well these young adults handled themselves.

John Block and Steve McCarthy dealt with the darker side of the Glenfield School, a murder. John initially wanted to draw attention to this story, The One That Got Away, after seeing the subject’s mug shot and his story in the New York Times. Having children this individual’s age, both men wanted to approach this film as an attempt to save those who no longer felt a part of our society, these “lost children”. John’s skill at the “art of interviewing” came into play here as he and Steve interviewed the people affected by this tragic story.

Both films were very well received by the Montclair Film Festival and the community, probably because they both hit so close to home. People were on their feet with the emotional resonance created by each film. Over fourteen hundred people attended The One That Got Away, and were emotionally prepared for what they were about to see by Festival Founder Bob Feinberg, and for good reason.

Charles Poekel’s Christmas Again had a tremendous opening night reception from festival goers. The hometown crowd was fabulous and thoroughly enjoyed the story; they realized that there was something more than just a homeless man selling Christmas trees there. 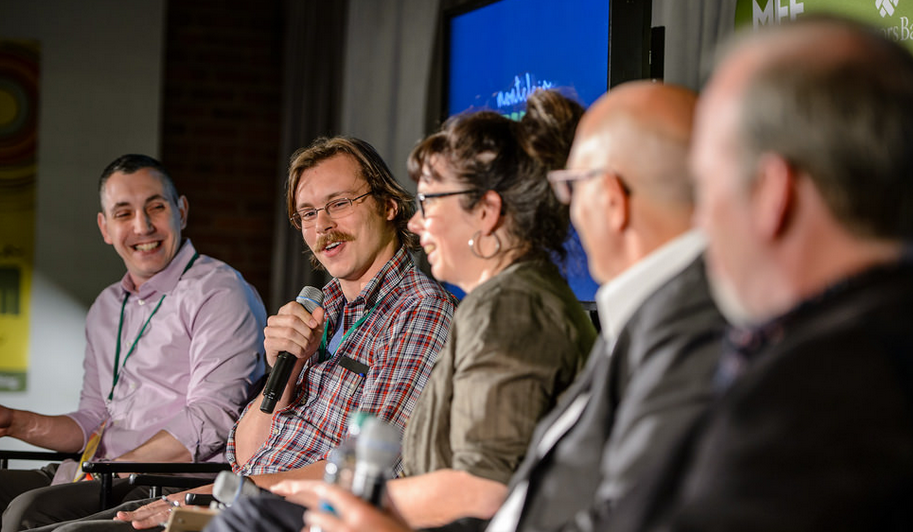 Turning to Daryl and Charles, knowing that they both are starting out in the field, Susan asked what they do when they aren’t making emotionally engaging films. Daryl revealed that besides being a father, he is also a graphic designer who handles a lot of his businesses “back-end” and that he is also working on his first feature film, a romantic comedy.

Charles told the audience that he is currently working as a cinematographer and set dresser. The conversation segued into the technical aspects of creating each film. Charles discussed the methods that he used, from the aesthetic decision to use a Super 16 film format to the way that he created a friendly, collaborative space for his actors to come in and rehearse. He found that this was the best way to get the most out of his crew.

Both Steve and John had other technical struggles, some of which actually worked well for them both. The fact that they were using an older camera and almost no crew gave the films a gritty, old style documentary look to it, something they both apparently wanted. Being a kind of do-it-yourself production very often puts interview subjects “at ease” and allowed John to draw more out of them.

The discussion about interviewing returned with the question, how do you get a truly intimate response? Asking this of John caused him to pause, and to continue with “Get them to feel comfortable”. Doing your research is important before approaching your subject, and doing so in a respectful manner is critical to not losing them. A good interviewer is a good listener.

Daryl was asked for some more detail about the most recent screening of his film. The screening was “Great”! The film is meant to advocate for the performing arts, and he hopes that it increases the recognition of the arts, that the arts are important, and that the film boosts the confidence of the kids.

What’s next? For Ceremony for Our Time, the film is shortly due to be screened at Glenfield for the students and the teachers.

Turning to Mr. Poekel, What is next for Christmas Again? The film has been sold, and will be due out by Christmas, hopefully. Originally premiering at Sundance (after it was supposed to premiere at Locarno), Charles thought there was “No way in heck it would get in”. The hustle and bustle has been great and the entire crew is looking forward to doing it again.

With The One That Got Away still being an unfinished film, what is next for Steve and John is to finish the film. They both have major networks looking at the film and are hoping it will be purchased soon. The original intention for the film is to have a positive impact on anyone who feels “disenfranchised or just left out and helpless”. The two gentlemen are hoping to take the film on tour to make real change a possibility.

Being in the industry, Susan has an interest in the editorial process that goes into making great films like these. She asked the panel to elaborate on this process.

All four men are fans of post-production, that is really where the magic happens. Advice that came out of this question was, “Don’t do it alone” and “Don’t rush into it”. It is important to understand both what is true and what is compelling, and be able to mold that into a story that grabs people. Don’t have any preconceptions of what the film should be, because it will be very different when you are finished.

The audience had some questions for the panel that reflected on some of what wasn’t covered in the discussion.

The question of the best method for funding projects such as Christmas Again, The One That Got Away, and Ceremony for Our Time was of particular interest to a number of the audience members. Education-based films such as the Glenfield film had the benefit of being applicable for grant funding. Ceremony for Our Time was actually subsidized by the Horizon Foundation after Mr. Ferrara approached them.

Crowd funding such as Kickstarter helped finance Christmas Again, as well as contributions from Charles Poekel’s family and friends. And, The One That Got Away was able to be made on a shoe-string budget because Steve and John had no real crew to pay–“It’s not easy”.

The extreme amount of interest in the Glenfield film generated the final question of the night regarding what is happening in this country with the disenfranchising of entire groups of people? Both Steve and John had a very emotional answer: “maintain an interest in the community because an opportunity gap informs the achievement gap. Please don’t drop the possibility of helping. The schools can and should be a part of the solution and Montclair can set the standard.”

Thank you gentlemen for joining the Montclair Film Festival for another great addition to the In Conversation series.