The Armor of Light is a documentary film directed by Abigail Disney. Disney puts into question the limitation to pro-life activism and gun rights. We are taken on an emotional and explorative journey of three steadfast individuals who connect through personal tragedy, advocacy and faith. 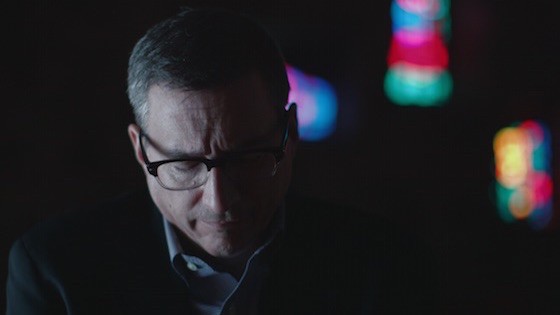 One of those individuals is Evangelical pastor, Reverend Rob Schenk, a pro-life activist and avid supporter of the second amendment, the right to bear arms who starts to question both of these beliefs. While struggling with his internal conflict, he is introduced to Lucy McBath, the mother of Jordan Davis, a seventeen year old high school student who was perceived to be a threat and as a result was gunned down outside of a Florida gas station, and John M. Phillips, her lawyer during the trial of Davis’s killer. Rev. Rob sits down with both of them and McBath and Rev. Rob speak on Christ and their parallel views on the sanctity and value of life. McBath captivates Rev. Rob as well as the audience with a tearful plea, “ it is vitally important you help and they will listen”… Rev. Rob is brought to the light and called into action. Through her tragedy, Lucy becomes a gun control activist. By her strong faith and zeal, together they start to do the work of gun control activism and  pro-life activism in different mediums. Rev. Rob speaks within the Christian walls, including the Evangelical Church Alliance (ECA) in which he serves as the Elected Chairman of the Board of Directors and brings forth the question of how Christians biblically and ethically view gun ownership and use. McBath speaks out against Stand Your Ground Law, in which she states “Stand your ground killed my son”… to media outlets, at peaceful protests, and to the U.S. Senate. She also becomes a national spokesperson for Moms Demand Action. Phillips, whose life is forever changed after representing Mcbath’s son, continues to represent crimes of discriminatory capacity.

As we watched footage from the NRA’s (National Riffle Association) convention, Rev. Rob’s discussions with the ECA, the simultaneous pain and great courage of Mcbath, and devastating news footage of national shootings (Sandyhook and the Aurora, California shooting), the audience was both riveted and frustrated with such quotes from gun right supporters as “the way to stop a bad guy with a gun is a good guy with a gun”. As a viewer you wonder, does Michael Dunn think of himself as a “bad guy”? Would my teenage brown son be considered the “good guy” or the “bad guy”. The film ultimately questions your own call to action to end senseless gun violence. 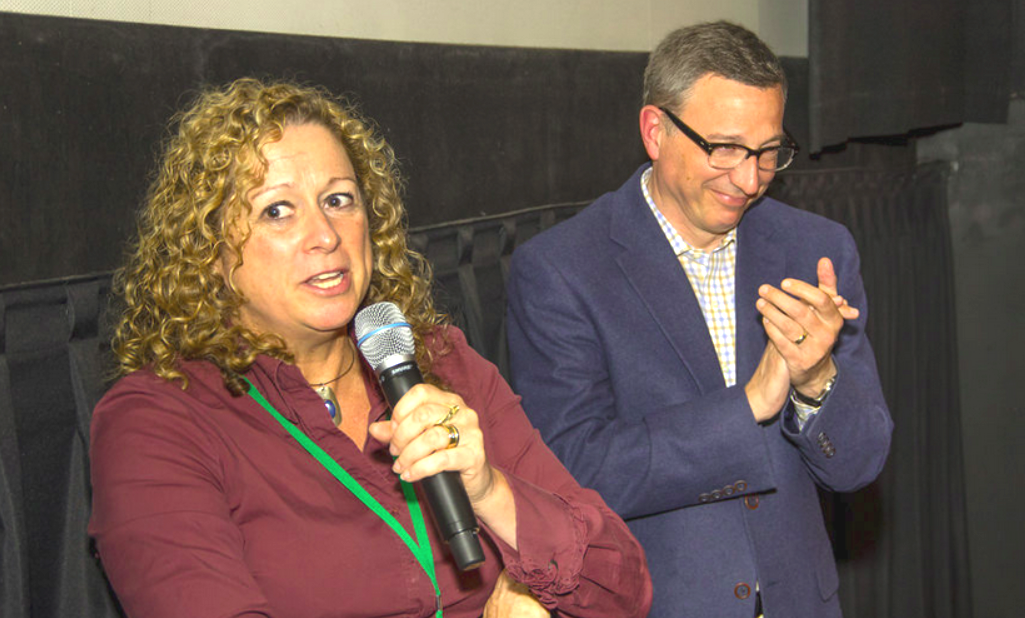 It was a special treat to have Reverend. Rob Schenck, as well as Abigail Disney both present after the film and candidly answered questions. Many people were curious on how Disney and Rev. Rob connected, it was surprising to know she spoke to four nationally known and well respected men of faith (pastors) who had similar views as Rev. Rob but feared being ostracized by their congregation and public. Rev. Rob spoke of Disney’s authenticity, so when asked what made him say yes to having his evolving beliefs and vulnerability of sharing those beliefs documented, he reiterated Disney’s authenticity and his faith in that she would create a safe space to have every voice heard and affirmed. Disney was asked, “how did the story come together”? She spoke of her conservative background and how she started to observe the NRA’s new culture of radicals and blood thirst of new members and their promotion of gun sales and to challenge the fact that pro-life activism did not include gun violence. Rev. Rob was asked what were the risks he feared and what actually happened since challenging gun rights, he openly expressed his fear of pull outs from donors (which has not happened), and being asked to step down from his position as Chairman of the Evangelical Christian Alliance. However, he was recently reelected as Chairman. He seriously joked and added that he gained acute anxiety. Unfortunately, he has received threats but he continues to speak out and encourage discussion. Answering a final question from the audience: “this is an everyone’s issue, why are you only speaking to Christians?”… Rev. Rob simply said, “Safety” and Disney added, “we have tried to have massive conversations about this issue and look where it has gone”.

After the film, the real magic was in the lobby of the Clairidge theater when continued discussion was had amongst Rev. Rob and three women who wanted to combine their churches (with different populations) to watch this film together and start dialog, prayer, and hopefully resolve.