Have you ever had an evil thought about someone? A friend? An enemy? Or co-worker? Have you ever wondered if that was a crime, and if you could be prosecuted for it? With the advent of modern technology these thoughts are often laid open for the world to see. And what happens when a person in authority, namely a police officer, has these kinds of thoughts and is assumed he might act on them? 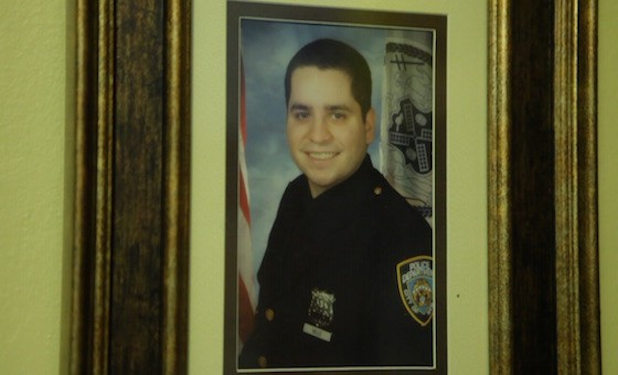 Directed by Erin Lee Carr, Thought Crimes describes just such a situation. “The Cannibal Cop,” Gilberto Valle was convicted of conspiring to kidnap, torture, rape and then eat several young women. However, Mr. Valle asserts that this was all just fantasy, that it was just an escape, that his intention in entering a Dark Fetish chat room and making inflamed statements about his aspirations toward cannibalism were never real. Should a man spend the rest of his life in prison with no real hard evidence, other than a thought? This is the question posed to the prosecution by this case.

Mr. Gilberto Valle was a NYC Police Officer who led a secret double life. By day he was a professional officer of the law, with a lovely wife and child, but by night he would enter the world of the cyber-fetish chat room and plan the grisly end to numerous women’s lives with his online friends. These were women he knew; he even planned the death of his own wife. After this second life was discovered, and his ‘fantasy’ unravelled into a legal situation, he was charged with conspiracy to commit kidnapping, and the illegal use of a police database. But would these charges stand with no evidence of the commission of a crime?

Thought Crimes follows the investigation into this situation and looks at a plan so chilling that it is more frightening than even the most disturbing horror movie. When an individual with as much authority as a NYC Police Officer can even think these thoughts, what is to prevent him or her from carrying them out?

Harkening back to George Orwell’s story 1984, and the Thought Police. Can any citizen be prosecuted from having a negative, “evil” thought that might bring harm to another? This movie poses a lot of questions that should be asked during the present day cyber-age. How much information is too much? When does a crime become a crime and not just a sick fantasy? 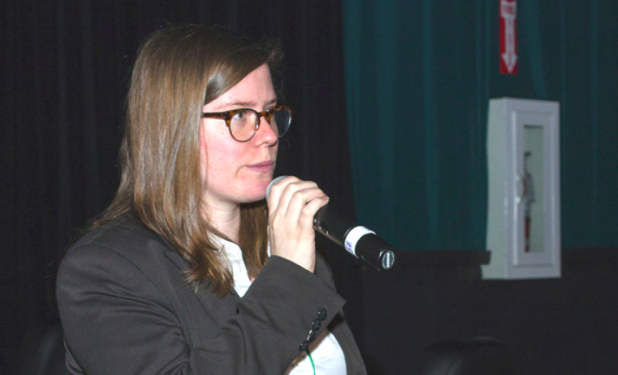 Erin Lee Carr joined the audience to a rousing round of applause, and stayed to answer a few questions about making the film, and what it was like being in the same room with “The Cannibal Cop”. Answering the question “How did you get involved with this subject, what inspired you: Ms. Carr had initially heard about this story through Gawker.com, and it terrified her. The fact that there are such people out on the streets, and that some of them may be police officers made the story compelling. She initially pitched the story to Shelia Evans at HBO, who told her to get down to the prison and interview this guy! This started a year and a half process with this film.

As with many films such as this one, the story doesn’t end here. These are issues that will be debated for years to come.