In an early scene in Elise DuRant’s Edén, bearded gringo John (played by Will Oldham) is showing various stones and fossils to his captivated young daughter Alma (played by Paula María Landa Hartasánchez). “It was a shell, but the forces of nature turned it into something completely different,” he tells her. “It’s a representation of what it once was.” So, too, are our memories—hazy, nonlinear flashes of places and faces, of moments, some vibrant and some spare, a mix of the marvelous and mundane. Some memories, especially those of our parents and our hometowns, take on mythic qualities and proportions, continually shaping and reshaping us throughout our lives. Now living in the United States, an adult Alma (played by Diana Sedano) sits in an office, surrounded by technical equipment, blankly staring at the wall. Her father has been dead for some time. When she gets home, she climbs into bed still wearing her pressed skirt and stockings. She is a stopped clock, but something inside her is adrift, anchorless. “Life must be lived forwards, but can only be understood backwards,” wrote Kierkegaard, and that is what spurs Alma to return to Mexico, the land of her birth, to uncover the truth beneath the myth and come to terms with the losses she has faced. 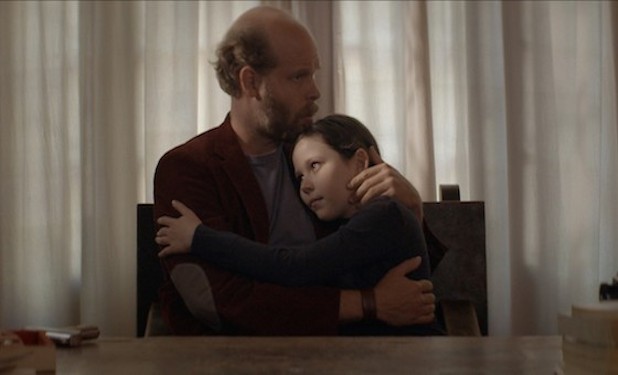 Edén unspools much like a memory, shifting seamlessly between present and past, some scenes vividly detailed while others are intentionally left threadbare, the way a wisp of perfume lingering on the wind might elicit a vague vision of something long since passed. In one scene, young Alma dances with her nanny to a tune beloved by her father; then, the scene shifts, and an adult Alma gazes wistfully out the window, a naked man asleep beside her, and the tune from her youth still plays, echoed slightly, as if it is being played live somewhere around the block, just within earshot. This blending of memories with present experience suggests the immutability of trajectories of loss and of love, and exhibits how our past colors and shapes our present and, simultaneously, how our hindsight is enriched or altered by our present experience. Deeply rooted in autobiography, the film’s themes are multifarious: a portrait of grief, a road movie, a reverse coming of age, a cultural exploration, and a love letter to director Elise DuRant’s Mexican homeland and deceased father.

In many ways, death, remembrance, and the exploration and evolution of grief form the backbone of Edén. “Oftentimes, death, especially in dreams, represents a new beginning. A man dies many times in his life,” John tells young Alma. She has had a nightmare about his death. “Letting go of past lives is part of the progress toward independence and freedom,” he continues, soothingly. “Maybe your pesadillas are telling you that your dad is dying in certain ways that you don’t need him anymore.” In a memory, young Alma dances whimsically with a Diá de los Muertos skeleton; in the modern day, grown Alma searches for the grave of her father’s lover. “If you don’t visit the grave after five years, they are taken to the common grave,” the caretaker tells her, gesturing toward a mound of dirt. A wrapped gift intended for Alma’s nanny, whose whereabouts are now unknown, is left behind atop a rock. “You can’t live in the past,” a man says. “We’re alive. If it rains today, tomorrow we’ll be better off.”

At the same time, DuRant’s motherland of Mexico is itself both a prominent theme and a character. There are long stretches with little or no dialogue—just the hisses, whooshes, buzzes, and chirps of nature, set against the bucolic backdrop of farmland and forest, babbling streams, and stoic mountains. Much of the film is shot with whatever sunlight was available, which lends a warm naturalism to the scenes. Stray cats and dogs wander in and out of frames; a car door gently wags and creaks in the wind.

With Edén, Elise DuRant has deconstructed the mythic paradise of her memories and revealed beneath it a journey through grief that feels authentically untidy and complex. The result is a moving, poetic, and deeply personal film, an altar of sorts, honoring the land and the father she dearly loves. 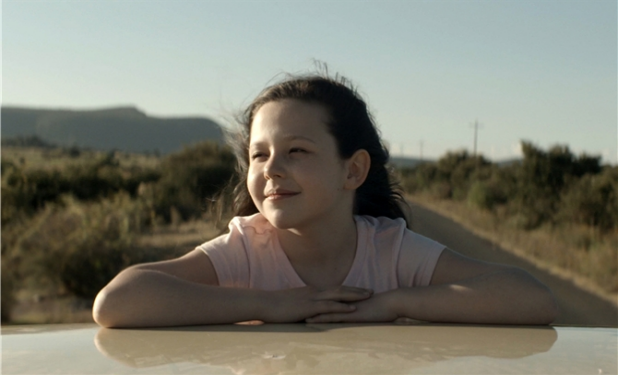 After the film, director Elise DuRant joined the audience for a Q&A. DuRant revealed the details of her own story—her father, an art dealer, was beaten by federal police on the side of the road and was ordered to leave Mexico within three days—and touched on the power of returning to her hometown of San Miguel de Allende in central Mexico, where the film was shot. “We left and never came back, until much later after his death when I was in my late twenties,” DuRant said. “When I went back and started to dig into this past, I just realized how strongly it had affected me that I had been torn away from this country that was a mother to me.”

Casting a young, bilingual Mexican actress to play Alma as a child proved challenging, but fortune smiled on DuRant. “[Hartasánchez’s] mother owned a theater company about 45 minutes away,”she said. “She grew up in the theater and around people who work at all hours of the day, so she really understood how to perform. She was a very bright little girl, so it was incredible to work with her.”

Of the film’s setting, DuRant said, “It takes place in the ‘80s, but it has a kind of ‘70s flavor. In my neck of the woods where I grew up in Mexico, I think time kind of stood still. Many of the people living down there at that time were trying to live this bohemian fantasy of ‘not going into the ‘80s,’ so I grew up around this ‘70s ideology.” 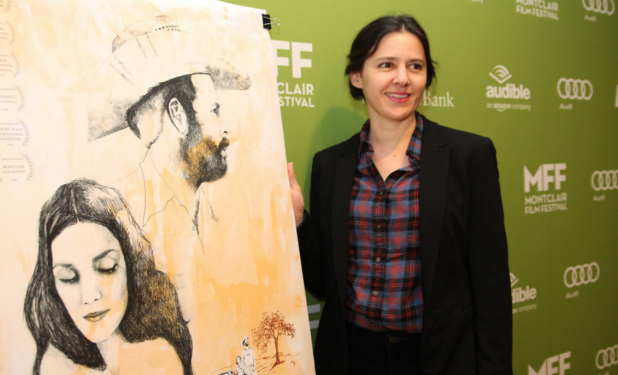 Several of the audience questions revolved around the filmmaker’s decisions with regard to plot and character. DuRant elaborated on some of these choices. “I love that everyone can take away from the film what they want,” she offered. “For me, the story is a lot about the young woman’s relationship to Mexico and the reconnection to the land. What is her place in all of this, in this romantic vision that her father has of this place, of this country, and of her within that dynamic?” DuRant explained more about the emotional root of Alma’s homecoming and its connection to her father: “It’s her bringing the god down off the pedestal and seeing [him] for the man that he was and, despite his foibles, saying, ‘Thank you for what you could give me. Now, I’m going to bury what doesn’t work for me and honor what does. Now, I can be okay in the world and have my own relationship to this place.”

Different audiences have reacted to different aspects of the film, but, according to DuRant, one of the most common is the absence of the mother. At a screening in Argentina, she recounted, a man in the audience stood up twice and very forcefully demanded to know where the mother was—both the filmmaker’s and the character’s. DuRant believes the fascination with the absent mother is indicative of our cultural attitudes about motherhood and fatherhood. “It’s funny because there are so many movies out there where the man isn’t present and it’s never like, ‘Well, where is the father? Who was the father?’” she observed. “We’re so used to seeing women taking care of their children.” For Alma, and perhaps for DuRant herself, however, there is a stronger mother figure: “To me, the mother is Mexico, the land that she returns to and the relationship that she creates with it,”she said. “Parents are part of our origin story, but the mother is not part of this picture. This is the father’s world, and in the father’s world the feminine is very starkly present, and I wanted to leave that very open.”

One audience member commented on the “mournful quality” of the depiction of Mexico. This was intentional on DuRant’s part: the palette and aspect ratio were a deliberate reference to old Westerns. “My father’s generation looked up to these men like John Wayne, the romantic notion of cutting into the frontier, into Mexico,” she said. “In a sense, I wanted the young woman to enter this landscape—her father’s vision—and start quietly peeling away at all of that, and reconnect in her own way.”