View photos from the day! 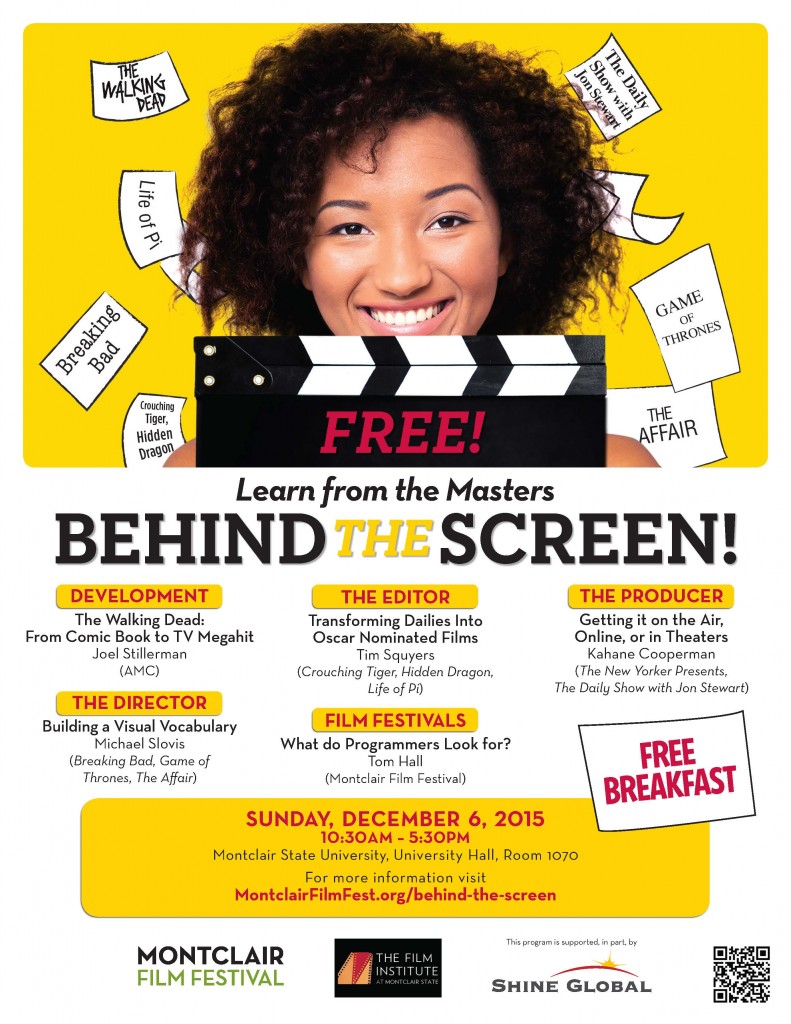 Development: The Walking Dead – from Comic Book to TV Megahit

Joel Stillerman, President of Original Programming and Development for AMC and Sundance TV discusses how the beloved comic book became the #1 TV show. Having overseen the process from inception, Stillerman will talk about adapting a niche comic book about survival in the zombie apocalypse to the worldwide television franchise that it is today.

The Director: Building a Visual Vocabulary

Michael Slovis, the acclaimed cinematographer and director on such shows as Breaking Bad, Game of Thrones, and The Affair, breaks down the visual vocabulary and the different choices and decisions that go into shooting and recording a scene.  From budget and scheduling considerations to the collective and creative collaboration among craftspeople, Slovis discusses the meaning and emotional impact that every decision can have in a scripted show.

The Producer: Getting it on the Air, Online, or in Theaters

Kahane Cooperman, Executive Producer and show runner for Amazon’s new docu-series The New Yorker Presents and formerly the longtime producer of the Emmy and Golden Globe winning The Daily Show with Jon Stewart as well as documentary filmmaker, takes us behind the scenes of what it means to be a producer and filmmaker.  Kahane will dissect the role of the producer and discuss what goes into getting a show on the air.

Tim Squyers is the editor of renowned films including Crouching Tiger, Hidden Dragon, Syriana, Life of Pi, Rachel Getting Married, and Gosford Park and many others. Having edited almost all of Ang Lee’s films and currently at work on their latest collaboration, Billy Lynn’s Long Halftime Walk, Squyers offers a unique perspective on how the editor pulls together a film to ultimately illuminate the director’s vision.

Film Festivals: Building Strategies To Get Your Film or Pilot Seen

Tom Hall, Executive Director of the Montclair Film Festival, will lead a discussion with leading film festival programmers about best practices and strategies for emerging filmmakers to get their films onto the festival circuit and in front of the industry, audiences, and beyond.