Montclair Film Festival 2016 is once again hosting a variety of informative, entertaining and engaging events as part of our signature “Conversation” series, presented by Audible. 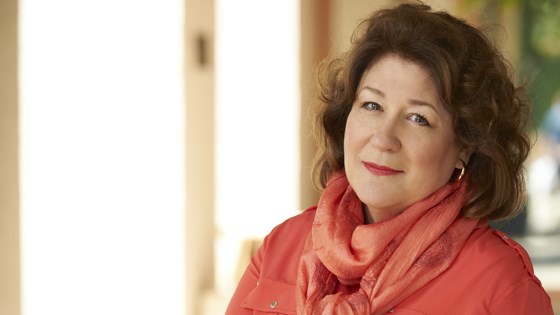 IN CONVERSATION WITH MARGO MARTINDALE

Margo Martindale has been seen in countless notable films of the past two decades including MILLION DOLLAR BABY, DEAD MAN WALKING, NOBODY’S FOOL, LORENZO’S OIL, THE HOURS, PRACTICAL MAGIC, and AUGUST: OSAGE COUNTY. Martindale’s work on The Americans most recently won her an 2015 Emmy for “Outstanding Guest Actress in a Drama Series,” and she received the “Outstanding Supporting Actress in a Drama Series” Emmy in 2011 for her portrayal of ‘Mags Bennett’ on Justified. Margo recently wrapped the final season of CBS’ The Good Wife and begins shooting her new Amazon show Sneaky Pete this summer. 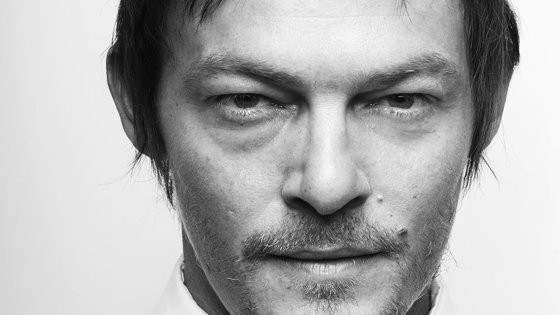 IN CONVERSATION WITH NORMAN REEDUS

Norman Reedus is one of the biggest stars on television, where his portrayal of Daryl Dixon on AMC’s The Walking Dead has made him a household name. But his career began with a bit part in the horror film MIMIC, with Reedus going on to capture critical attention as a creepy hitman in the independent black comedy SIX WAYS TO SUNDAY, which lead to key roles in films like DARK HARBOR and 8MM. His first leading role came in BOONDOCK SAINTS, which landed him as one of Vanity Fair‘s 1999 Stars To Watch. His career encompasses dozens of films and television performances which speak to his versatility as an actor. In this expansive conversation, Reedus will discuss his work in depth, sharing the stories that have shaped us unique career. 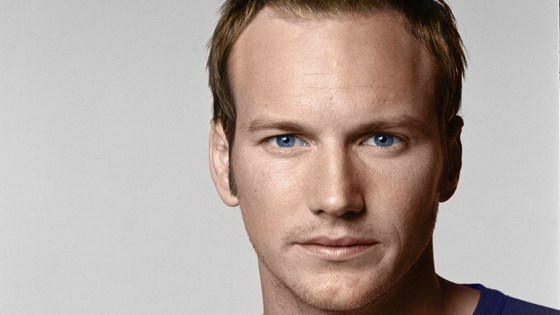 IN CONVERSATION WITH PATRICK WILSON AND FRIENDS

Patrick Wilson is one of our most versatile actors, with many memorable roles on Broadway and in film and television, including his brilliant, Golden Globe® nominated performance as police officer Lou Solverson on season two of FX’s Fargo. This year, Patrick returns to the MFF with another special guest for an in-depth look at the craft of building an on-screen performance. Join us for what promises to be another provocative conversation on the art of acting. 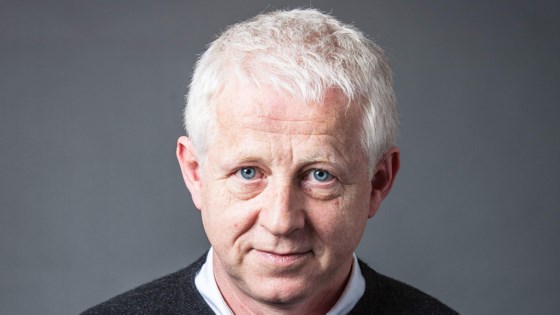 IN CONVERSATION WITH RICHARD CURTIS

Richard Curtis is a screenwriter and director, responsible for films such as FOUR WEDDINGS AND A FUNERAL, NOTTING HILL, BRIDGET JONES’ DIARY, and ABOUT TIME, among others. In the other half of Richard’s life he is the Co-Founder and Vice-Chair of Comic Relief, which he started after visiting Ethiopia during the 1985 famine, and the charity has now made over £1 Billion for projects in Africa and the UK during that time. Join host Stephen Colbert for a hilarious conversation as Mr. Curtis discusses his career as one of our most beloved filmmakers. 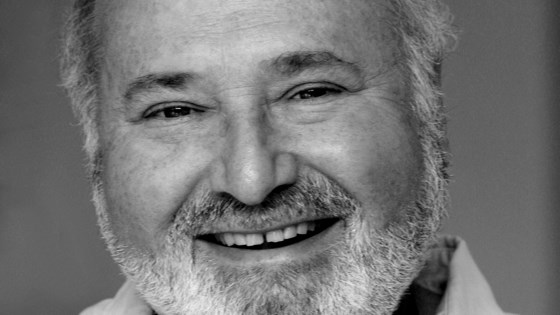 IN CONVERSATION WITH ROB REINER

Rob Reiner came to fame as an actor in the landmark television series All In the Family, but went on to become the acclaimed director of some of the most influential motion pictures of our time, ranging from the seminal comedies THIS IS SPINAL TAP, WHEN HARRY MET SALLY, and THE PRINCESS BRIDE, to classic dramas like STAND BY ME, MISERY, and A FEW GOOD MEN. Reiner is also a committed political activist, and he and his wife Michele helped form The American Foundation for Equal Rights. Join Rob Reiner and Stephen Colbert for what promises to be a fascinating discussion. 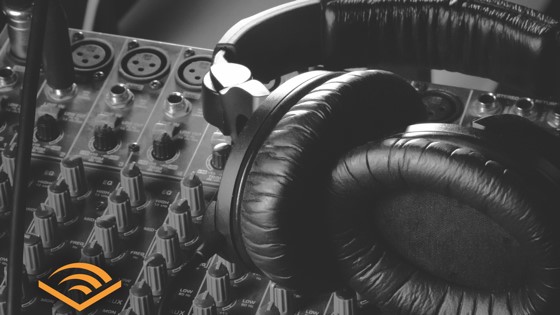 MASTERS OF THE SCORE: SOUND DESIGN FOR FILM, AUDIO, AND GAMES

The score is a narrative workhorse. It can establish mood, focus attention, illuminate the inner life of characters, and announce structure. In the hands of a master, it can be dazzlingly remarkable or utterly unnoticeable. This panel brings together master composers from different media to compare their techniques and principals and ask: sonically, what’s unique to each medium? Featuring: from film Nathan Johnson (BRICK, LOOPER), from podcasting Mark Phillips (Serial) and Dylan Keefe (Radiolab), and video games Caleb Epps (Dawngate and Rock Band versions 2, 3, Beatles, and Lego). 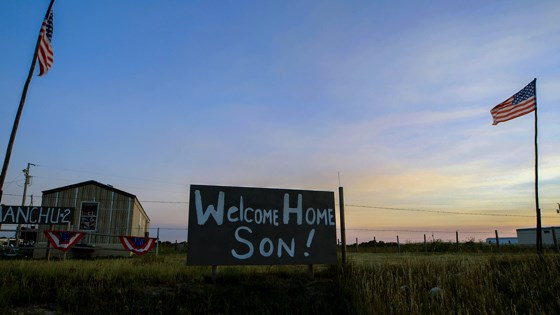 OUR NATION’S HEROES RETURN: WHAT’S NEXT? A COMMUNITY CONVERSATION

Following the festival’s screening of Tom Donahue’s THANK YOU FOR YOUR SERVICE, join us for a conversation about the needs of our returning veterans and their families. This community conversation will highlight the efforts of local organizations to provide services crucial to serving the veteran community. Are you a serviceman or servicewoman who has returned home from deployment? Do you have a friend, colleague, or loved one back from active duty? Interested in talking about the state of veterans services? Learn about community resources and discuss issues of concern to you with experts here to listen and help.

Co-presented by The Healthcare Foundation of New Jersey 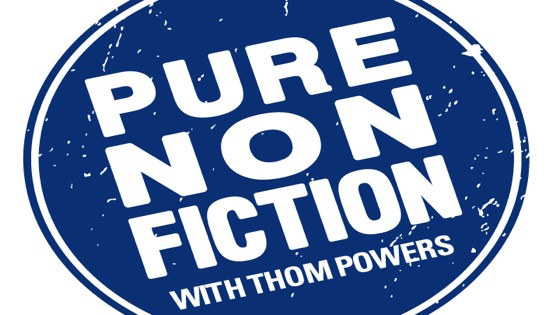 Join Montclair’s own Thom Powers, one of the founding directors of the Montclair Film Festival, for these recordings of his new podcast Pure Nonfiction. Thom will be joined in each session by one of the leading lights in the world of nonfiction filmmaking for a wide-ranging discussion of their careers, craft, and the stories they tell. Pure Nonfiction promises to be an engaging look at the best in documentary film, so be sure to be there for each recording, live from the Montclair Film Festival!

Please click here to let us know if you plan to attend these free events. 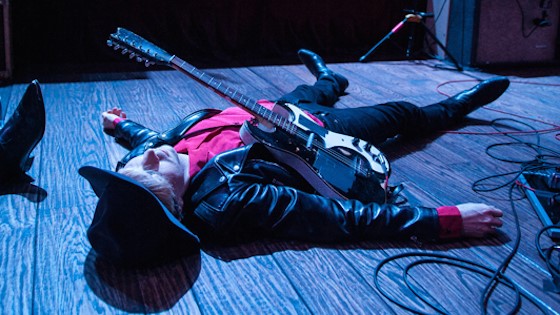 THE STORY OF AUSTIN CITY LIMITS

Austin City Limits is the longest-running music program in television history, the only television show to have been awarded the Presidential Medal of the Arts, and was recently recognized by Time magazine as one of the 10 most influential music programs of all time. It’s a show that’s presented a huge variety of musical styles and genres, hosting everyone from Willie Nelson to BB King to Foo Fighters. Join Executive Producer Terry Lickona as he discusses this historic program and shares behind the scenes stories with some of the great musicians of the past forty years. 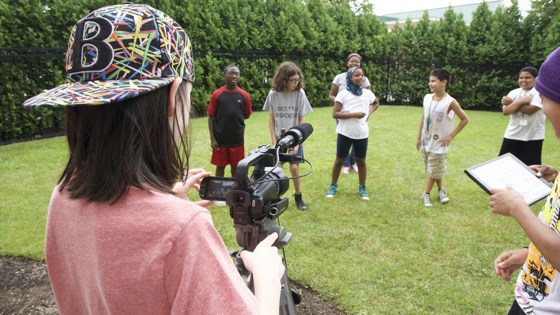 What do young people have on their minds today? The subjects that teens and pre-teens explore when creating films provide fascinating insights into their ideas, hopes, dreams, and deeply felt concerns. Using a selection of submissions to the festival’s Emerging Filmmaker Competition as a platform for discussion, this panel will give voice to the concerns of local youth and examine how our community can provide a safety net to support our children.

Co-sponsored by Partners for Health Foundation