In December 2012, billionaire hedge fund manager Bill Ackman announced that his company, Pershing Square Capital, had made a “billion dollar” short bet against the stock of the nutritional supplement company Herbalife. Ted Braun’s thrilling BETTING ON ZERO follows the incredible story of Herbalife’s battle with Ackman, tracing their conflict over the company’s business model and how that model affects communities around the world. But this isn’t just another Wall Street morality tale; like any great story, BETTING ON ZERO is one that weaves together uncertainty, deception, hubris, intrigue, and greed, creating an unexpected, deeply emotional impact on its audience. 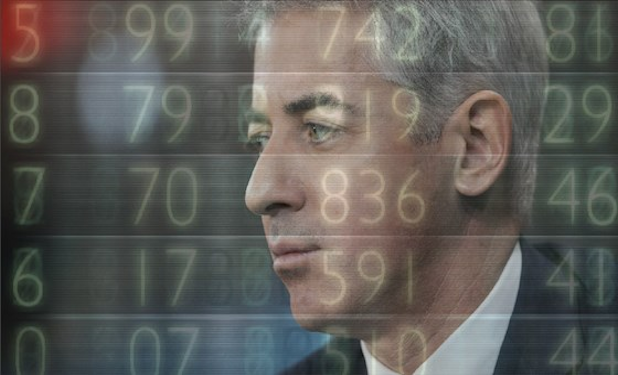 Producer Glen Zipper talked with MFF about his stirring documentary and passion for producing films with stories worth telling.

How would you describe the film to those not in the financial know?

Glen: Money, fraud and the American Dream are in play in this deep dive into a high stakes, billion-dollar battle over the future of global nutritional products company, Herbalife.

Glen: At Zipper Bros Films we ask two fundamental questions before deciding to get involved in a film: is it a story worth telling and is it a movie worth making? The questions may seem similar on the surface, but they speak to two very different criteria. The “a story worth telling” question asks if the subject matter at issue could, in some way, shape or form, contribute to a thoughtful, productive public discourse. The “a movie worth making” question asks, quite clinically, if we think people will actually come out and see the film. In the case of BETTING ON ZERO the answer was yes on both accounts almost instantly.

Director Ted Braun has been quoted as saying the film “has a lot of grey area.” Considering the zeitgeist surrounding the financial sector since 2008, was there ever any hesitancy on your part in getting involved in a story where a hedge fund manager is portrayed as a hero?

Glen: I’m not sure I would agree with the assessment that our film portrays a hedge fund manager as a hero. Rather, I think it would be more appropriate to say that BETTING ON ZERO tracks the story of a hedge fund manager on a moral crusade who aligns himself with a cause that most would regard as having heroic underpinnings. I’d rather leave it to audiences to decide for themselves if they believe this character is a hero or not.

What was your first impression of Bill Ackman?

Glen: As I’ve never met Bill Ackman personally, my understanding and impression of him was formed throughout our editorial process. So, to the extent I was able to form a “first impression” at a distance, I think it would be fair to say I found him to be a very driven, intelligent and complicated man. Which, as a documentary filmmaker, is exactly the type of character you hope to have when telling a story.

What would be the one piece of advice you would offer to aspiring filmmakers?

Glen: Making a film is like going on a crusade. If you don’t have religion for the story you’re telling, odds are you aren’t going to be able to see it through – and, even if you do have the necessary passion for telling your story, the odds are still stacked against you. That’s why it’s critical to be just as focused on the journey as you are on the destination. Even if your film doesn’t attain all your highest ambitions, there is so much to be learned, earned and enjoyed throughout the filmmaking process. Not the least of which are the friendships you make with your collaborators along the way.

Glen: The same thing I hope for with every film I make. First and foremost, I hope audiences enjoy the film and are happy to have given us ninety some odd minutes of their valuable time. Second, I hope the film sticks with them and contributes to a thoughtful social discourse going forward.

You will be attending the screening of your film at MFF. What are you most looking forward to about this Festival, and why did you choose to have your film screened here?

Glen: I am a proud New Jersey native, growing up not far from Montclair in Fort Lee, NJ. The opportunity to come home with a film and share it with my fellow New Jersey brethren was one I couldn’t pass up. Also, I’ve heard so many good things about the Montclair Film Festival; I’m very excited to finally experience it for myself.

Director Ted Braun will also be in person along with Glen Zipper at the showings below.