The Montclair Film Festival kicked off its fifth anniversary on Friday, April 29 with the remarkable documentary film LIFE, ANIMATED. Directed by Academy Award winner Roger Ross Williams and based on the best-selling book, Life Animated: a story of Sidekicks, Heroes and Autism by Ron Suskind, the film tells the story of Suskind’s son Owen, an autistic child whose affinity for Disney films becomes the key to opening up his world. 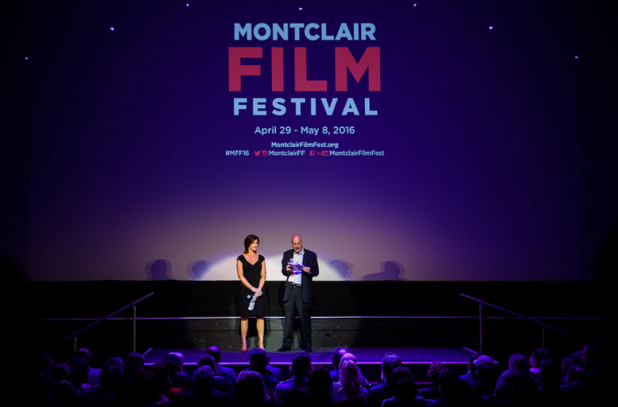 MFF Founder and Chairman Bob Feinberg welcomed a packed house and talked about the amazing growth and success MFF has had since its inception before introducing Board President Evie Colbert who announced MFF’s Capital Campaign for our new home at 505 Bloomfield Avenue. Executive Director Tom Hall then thanked everyone who makes the festival, running through May 8th, a success including hundreds of amazing volunteers before bringing out Williams and Executive Producer Julie Goldman. After pointing out that April was Autism Awareness Month, Williams announced that the Wellmont Theater was the largest screening of the film so far and happily took a photo of the crowd. 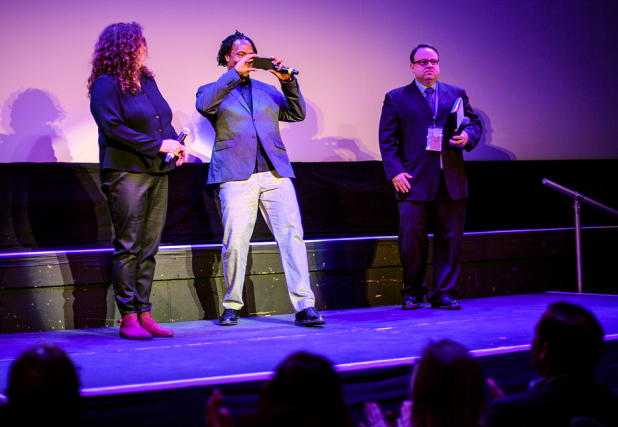 Following the film, Montclair resident Stephen Colbert took the stage with the Suskind family—Ron, his wife Cornelia, Owen, and Owen’s brother Walt—as well as with Williams, Executive Producer Julie Goldman, and special guest Gilbert Gottfried, who made an appearance in the film. Here are a few highlights from their conversation.

Williams: “Ron and I go way back. We worked together on Nightline 15 years ago . . . and I’ve actually been sort of making films about the Suskind family. I did about Owen for about a month. I did a film about Cornelia . . . ” 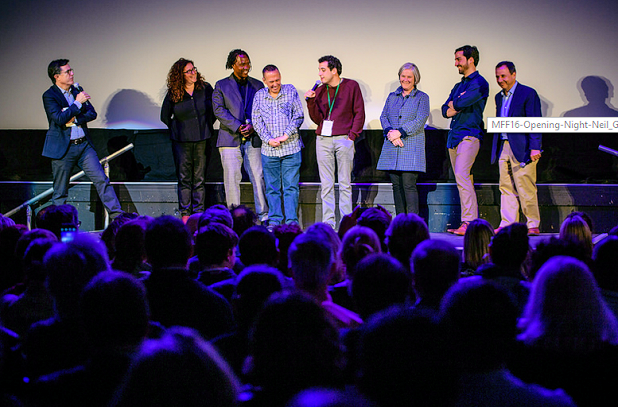 Owen about the Disney films: “When I was little, I lived within these animated characters . . . and now they live in me.”

Gottfried: “I just want to say that the reason this film was so important to me is I never knew that there were Jews in comedy. When did this happen? . . . I really hope that one day we’ll see Jews in accounting.”

Colbert: “Has this type of therapy been used in other schools?” Ron Suskind: “Yes. Since the book came out. We used to call it Disney therapy, but there were licensing issues so we decided to call it affinity therapy . . . It’s actually kind of beautiful to watch. People are doing this therapy around the world now.”

Gottfried: “Everything I know about autism I learned from Jenny McCarthy.”

Owen Suskind’s final words to the audience: “I feel a lot of love in the room tonight from the people who came.” 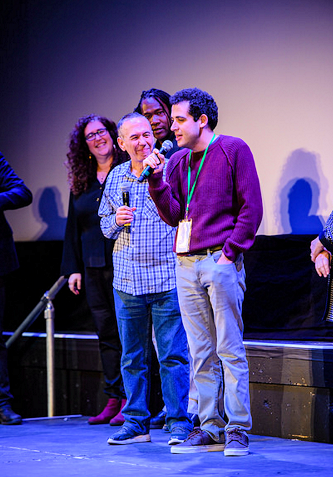 With that heartwarming statement, the downstairs of the Wellmont transformed into party central to celebrate a brilliant opening night and the start of Montclair Film Festival 2016. The crowd—which included visitors from several states and even outside the country—continued the discussion with the Suskind family and Roger Ross Williams, as well as other celebrity attendees like comedian Robert Smigel. 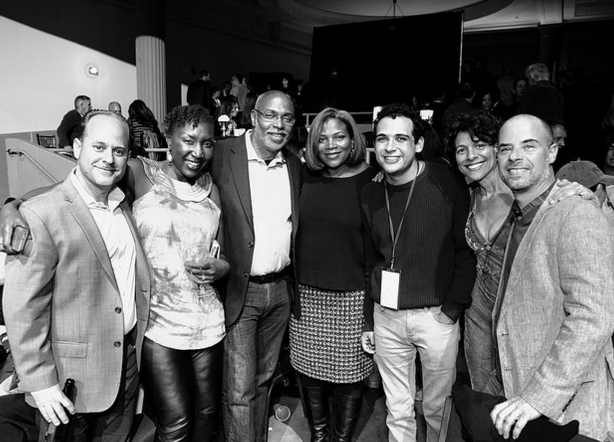 At the bar, craft beer from the New Jersey Beer Company flowed, along with wine and cocktails. The Festival’s official caterer, Events by Joni, fed the hungry crowd with delicious bites, as well as a variety of beautiful pastries from the Little Daisy Bake Shop. The happy buzz of excited chatter kept going and going—as party revelers toasted to another incredible MFF opening night! 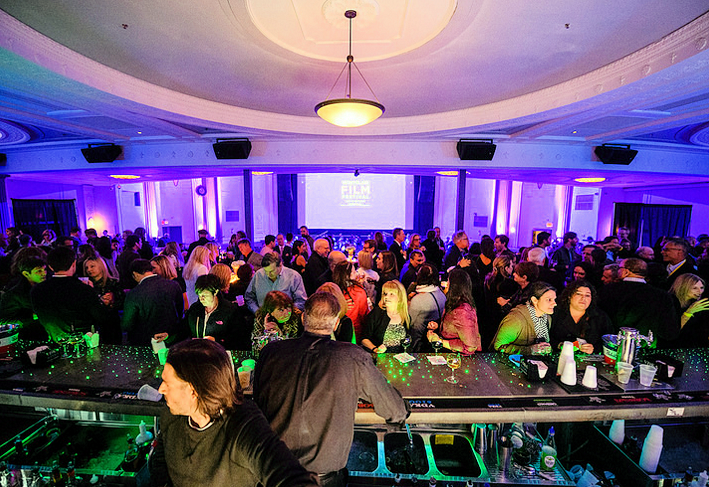 For more about LIFE, ANIMATED, visit the film’s web site.