Patrick Wilson is one of our most versatile actors, with many memorable roles on Broadway, including Tony Award nominations for his roles in Oklahoma and The Full Monty and in film and television, including his brilliant, Golden Globe-nominated performance as police officer Lou Solverson on season two of FX’s Fargo. PHANTOM OF THE OPERA, LITTLE CHILDREN, WATCHMEN, INSIDIOUS and THE CONJURING are among his film credits. 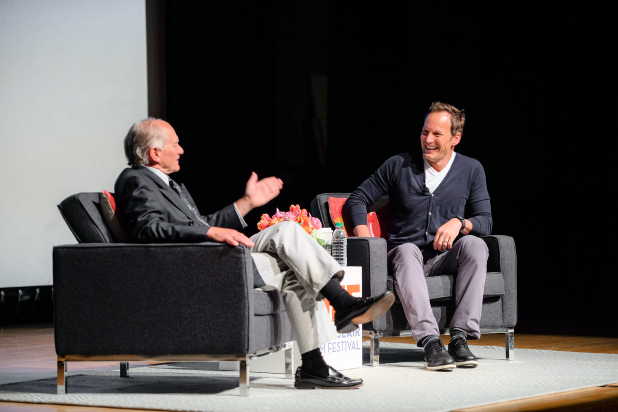 Here are some highlights from their discussion.

About being cast in the series Fargo: “A lot of people were clamoring to get the jobs. Luckily, they came to me. When you’re playing a guy who is very understated, I wondered, why are they making a play for me?”

On the development of his character, Lou Solversen: “Lou is a hell of a cop. Because of watching his wife go through cancer, he became a better cop.”

On keeping Lou’s persona deadpan: “We shot the first episodes and felt parts of it were too comedic. When you’re standing there in a big maroon outfit and a ridiculous hat with a brim, it doesn’t take much to be comedic.”

On perfecting his Minnesota accent for the role of Lou: “I never had to do that. I was born in Virginia. I love the technique of film acting. We had this amazing dialect coach, but even if he had to go, he would help out, certainly for the first episodes. He would always listen. Some actors don’t like that, but I felt if I don’t get it right on the first take… you don’t want to screw it up.” 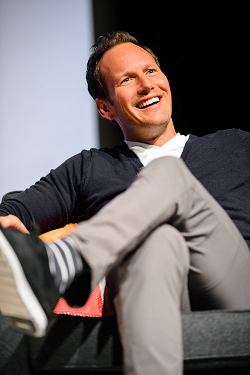 On balancing his personal life with filming the series: “The show had to work with my life… two weeks here [Montclair] and two weeks there…”

About his theatrical career and going back to Broadway: “It’s the complete opposite lifestyle of being in films. I don’t look that far ahead. With a Broadway show, when I want to go back, I want it to be something great, and my resume speaks to that, so if I want to go back, I want to do a great musical. I did a reading a couple of weeks ago, but for a musical, they want a big commitment. When I do a show, I’m all in. That’s a long answer. I should have said, yes, I’m looking.”

About resume building and not just being in musicals: “I remember leaving a musical to do a play. My agents weren’t supportive of it. I remember early on, I don’t want to be the musical theater guy. It’s opportunities you are given. It’s not necessarily about the money that I get. It’s about getting people to see it so I get more opportunities. But then you give everything you’ve got for a role, and you say, well, that felt good for me.”

About his upcoming movie: “It’s THE FOUNDER with Michael Keaton. He was really one of the reasons I became an actor. I waited until about day four [of making the movie] to tell him that.”

About what the making of Angels in America meant to him: “I can say I would not have a film career without Angels in America. Mike Nichols called me. He had seen me in The Full Monty. It took Mike to see me. To a lot of people, that was the pinnacle of my career. To watch how Streep and Pacino worked was a gift but also a real lesson.”

About advice for young actors on interacting with directors: “I think I would tell young actors not to be afraid to talk to directors about how to cover a scene. I think the more knowledge you have about how a scene should be shot, that only comes from a conversation with the director. I think you need to be proactive.” 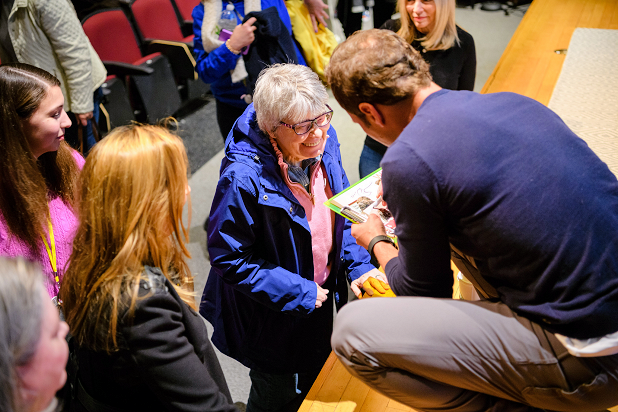 View more photos of our conversation with Patrick Wilson!