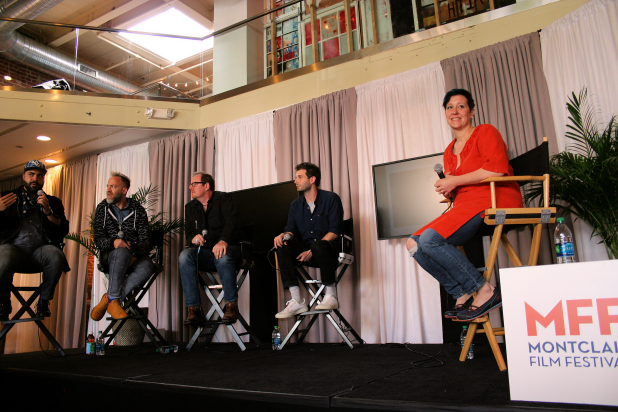 The score is a narrative workhorse. It can establish mood, focus attention, illuminate the inner life of characters, and announce structure. In the hands of a master, it can be dazzlingly remarkable or utterly unnoticeable. Moderated by Ellen Horne, Executive Producer, Audible Original Content, panel guests included:

Here are some highlights from their conversation.

Ellen Horne kicked things off by asking, “What are some of the things that you hate the most when it comes to sound design, what are your ‘pet peeves’?”

Nathan Johnson: “The general direction towards perfection bothers me. I don’t like slick, perfect sounds. There is after all something to be said for the imperfections… life after all isn’t perfect.”

Dylan Keefe: “When a sound designer constantly adds sound as exposition—to explain how you are supposed to be feeling—is a prevalent and unnerving problem that I adamantly try to avoid, because it is a cheap workaround.”

Mark Phillips: “I hate bad acoustics, in life as well as professionally. I feel that it detracts from the feeling and experience in the moment.”

Dylan Keefe on the unique experience of creating a visual through sound and pacing on podcasts: “Since sound designers are used to designing to pictures it is not easy. It involves creating atmosphere and environment by sometimes leading with sound, but at times following, it depends on the kind of mood you are trying to generate.

Usually it is not the pacing that makes the difference, it is usually just the selected music and sounds used that change the overall feeling and the imagery that it creates it a person’s mind. After time and time again, a host or narrator will pick up a conscious rhythm that fits the show that is being produced. It takes practice and time.”

Nathan Johnson on how he gets into the director’s brain to understand the characters how the budget of a film effects sound design: “It often just involves reading through the character descriptions and trying out different traditional melodies using out of the ordinary sounds. The budget doesn’t really have that much of an effect on sound design, other than the fact that I can use more sophisticated sounds, field recordings, keyboard influences. I get to play around with more city sounds as I will wander around the area while on location picking up local sounds.”

Caleb Epps on how sound design for video games is different than sound design for film and podcasts: “Video games are exceptionally broad, there is every type of game imaginable out there and sound is an extremely important part of the gaming experience. As a sound designer you must approach video games very carefully, you are after all feeding information to the player so that they can play the game… and play it effectively. It is a conversation, and you are always being asked something, and you are always telling something to the player.

I am working with six different elements; focus, timing, density [of sound], dynamics, music, and the mix. The problem is that while in a film, the director and producer have complete control over all the element in the film… for me, the player has control over the focus and the timing, and they are constantly changing!

Fortunately I have algorithmic systems that help with those uncontrolled variables. These systems work according to what the player is doing; it helps create a responsive environment that gives the player that realistic experience.

There are a lot of sounds that are going on in our everyday lives, but it is my job to bring out the important sounds, those necessary to accomplish the task or tasks necessary in the game.” 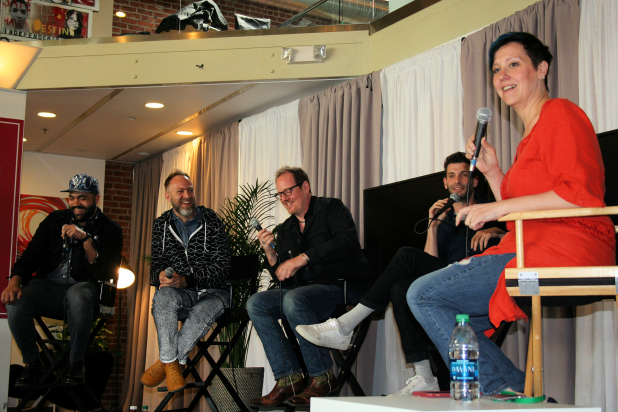 Dylan Keefe on how the pace of everyday life has effected his art: “It is a motivator. You have to get the work done, and you have to live your life too. New technology tends to change your whole workflow and anything that speeds up work is helpful.