Montclair Film Festival 2016 was thrilled to welcome the inimitable Rob Reiner last Sunday, May 1, for a laughter-filled and memorable discussion with Late Show host Stephen Colbert as part of our In Conversation series, presented by Audible. 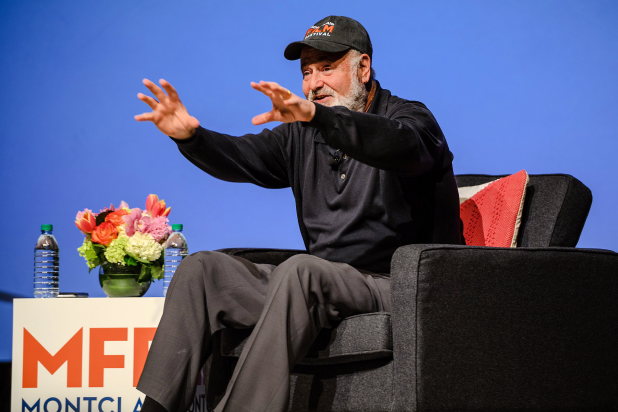 THIS IS SPINAL TAP. THE PRINCESS BRIDE. WHEN HARRY MET SALLY. STAND BY ME. MISERY. A FEW GOOD MEN. All Rob Reiner films, each one becoming a favorite filled with unforgettable quotes (“I’ll have what she’s having!”) that fans re-watch obsessively again and again.

Reiner delighted the MFF16 audience by sharing tidbits about these classics, reminiscing about his childhood, time as a comedy writer, improviser and actor, transition to acclaimed director, and his other passion, political activism. (Reiner and his wife Michele helped form The American Foundation for Equal Rights.)

Here are our favorite highlights from the conversation.

MFF Executive Director Tom Hall, as he prepared to read out a list of Reiner’s accomplishments before introducing him: “I was going to say to hold your applause for the end. But why?”

Stephen Colbert, after quoting Director Richard Curtis (FOUR WEDDINGS AND A FUNERAL, LOVE ACTUALLY) as saying that Reiner had directed the two greatest romantic comedies on screen, asked Reiner which two he thought they were and Reiner replied: “MISERY.” 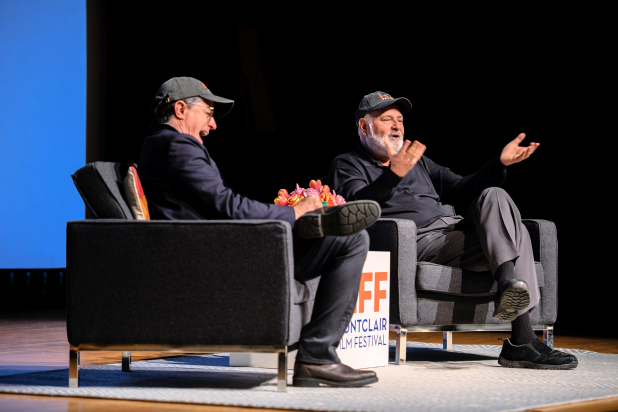 On where Reiner’s lifetime of political work comes from: “Well, it did come from the family. When I was growing up, the Vietnam War was going on . . . I was raised in a very political atmosphere. . . . [Also] my wife, Michele. I can honestly say the reason I’ve done as many things in the political sphere is largely because of her. . . . She is my Bunsen burner that lights the flame in my ass.”

Colbert mentions that Rob’s father is the great Carl Reiner and he’s never met him, and Rob quips back: “Really? Funny enough, neither have I.”

On whether anything in The Dick Van Dyke Show was taken from the Reiner family: “When he [Carl Reiner] did Van Dyke . . . he would write all the shows. And I always knew when he was struggling because he’d come in and say ‘Anything interesting happening?’”

Reiner on The Smothers Brothers Show, where he had his first writing job at 21 years old, working alongside another comedian named Steve Martin: “It was at the time a very edgy show. We were way beyond the edge of the envelope . . . . we were doing anti-war stuff, there was racial tension, Harry Belafonte was on. Before we even got to shoot, they [CBS] would say, ‘We’re not doing the sketch’ . . . But we [Martin and I] did write the very first fart joke ever done on national television.”

Reiner on All in the Family: “We knew we were making a good show. We knew it was real, it was honest. But we didn’t know how the audience would take to it. And the network was scared of it. They put a big disclaimer at the beginning of the show . . . We don’t know how it got on the air . . . This was the first thing that really showed a real blue-collar family and dealt with real issues of the day . . . Norman [Lear], to his credit, he pushed us even further.”

Colbert: “I remember my parents’ reaction to it at the time. My mom and dad were supposed to be going someplace . . . and they were late because they were sitting on the edge of the bed, saying, ‘What the hell is this television show?’”

On his character’s nickname: “What I always found funny was that I was a meathead based on the perception of a guy who was a bigot. An ignorant bigot was calling me Meathead!”

Colbert: “What would you call him [Archie Bunker] today?

On being a director: “Everyone thinks you’re a schmuck at some point. There’s a lot of good directors who are actors . . . if you’re telling a character-based story about the human condition, it’s better if you know what you can do.”

On directing BEING CHARLIE, the autobiographical film written by his son: “This was the most emotional creative experience I’ve ever had.”

On LBJ, his just-completed film: “[When I was younger], as far as I was concerned, Johnson was the devil. But as I’ve gotten older, I’ve had greater and greater respect for what he got done. He’s almost Shakespearean.” 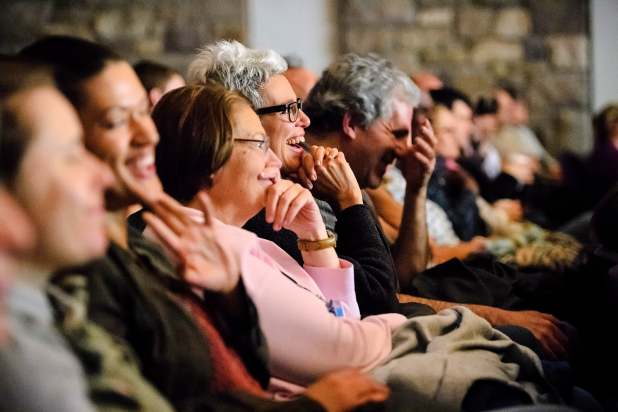 On the current presidential race and whether Reiner’s feeling the Bern: “At some point, you have to look at reality and say, ‘Do you want Hillary Clinton or Donald Trump?’” 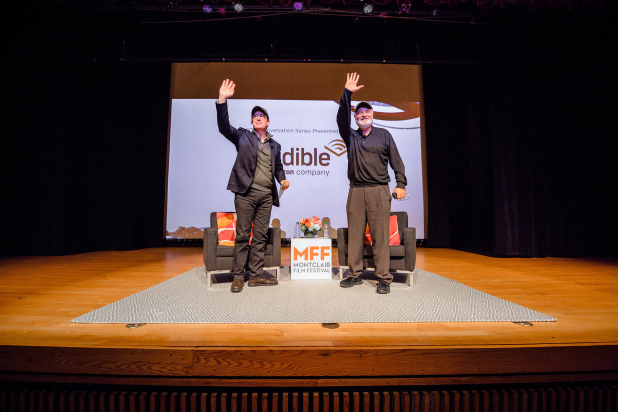