A warm and heartfelt thanks to everyone who participated in the diverse slate of educational programming at the 2016 Montclair Film Festival, which reached thousands of area students and families! 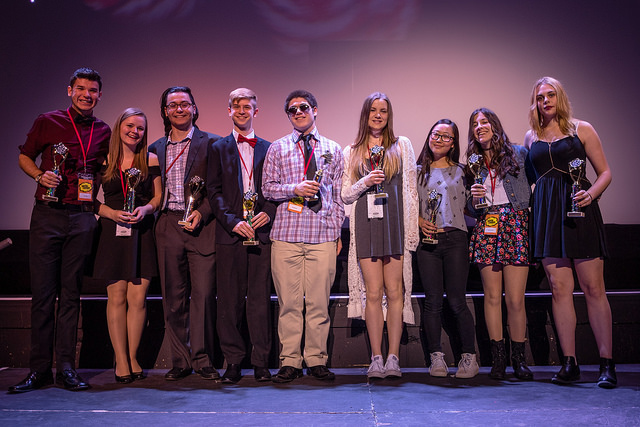 The MFF’s Emerging Filmmakers Competition celebrates the work of filmmakers from our region in the 4th-12th grade. These films, adjudicated by a jury of local film professionals, represent a wide-range of styles and voices that showcase the diverse talents of young people who are using cinema to tell their stories. Categories include Narrative, Comedy, Documentary and Experimental films, and awards were given in each of these categories, as well as for films that make a social impact. This screening was open to the public and all ages were welcome as we celebrate these outstanding films!
Co-presented by Gelotti. 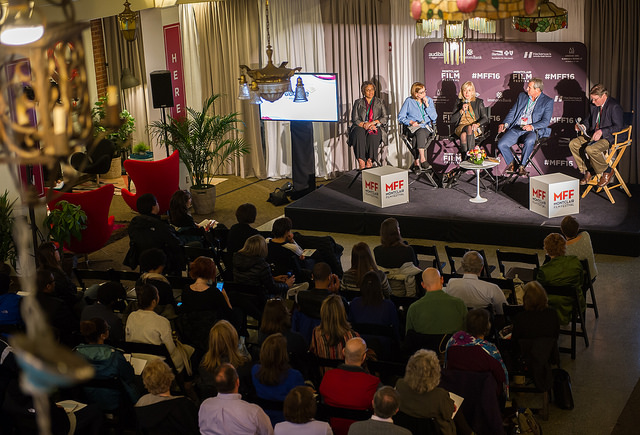 What do young people have on their minds today? The subjects that teens and pre-teens explore when creating films provide fascinating insights into their ideas, hopes, dreams, and deeply felt concerns. Using a selection of submissions to the festival’s Emerging Filmmaker Competition as a platform for discussion, this panel gave voice to the concerns of local youth and examined how our community can provide a safety net to support our children. 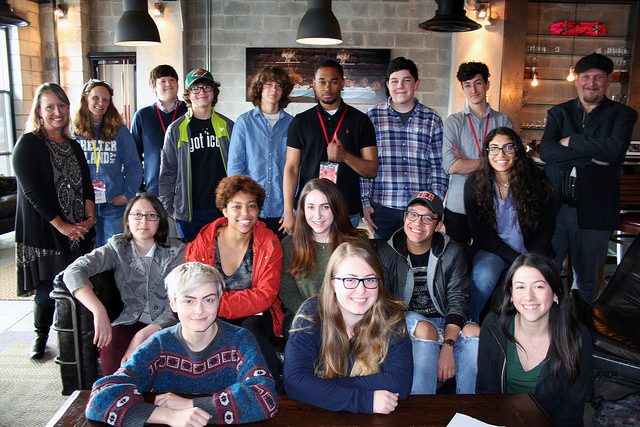 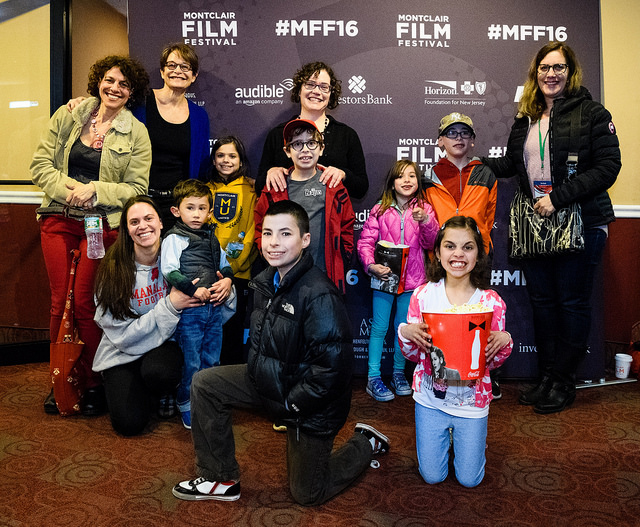 The MFF offered two free sensory-friendly screenings for children and families. With the lights up and the sound lowered, the theatrical experience of watching a film was made accessible for children and students with autism and other disabilities, allowing audiences the freedom to be themselves at the movies! This program was co-presented with SEPAC (Special Educational Parents Advisory Council) and featured a screening of AN AMERICAN TAIL and FAMILY SHORTS, featuring JOE’S VIOLIN and a Q&A with Director Kahane Cooperman and Producer Raphaela Neihausen. 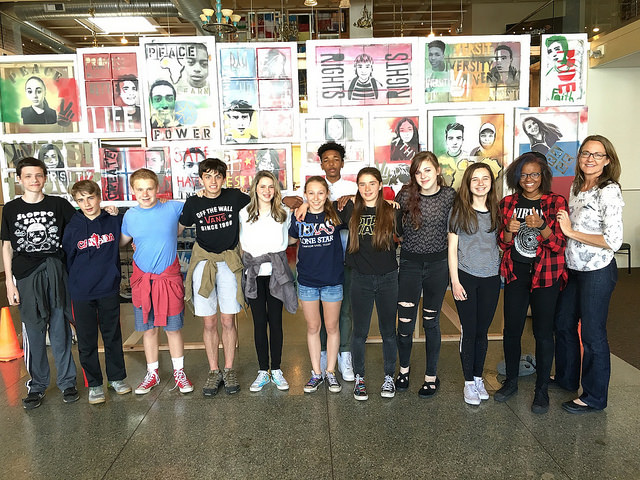 In November 2015, the Montclair Cooperative School, in conjunction with the MFF and Rutgers University’s Newest Americans Project, held an immigration event as part of a global initiative designed to spark conversation about this hot button topic. Students from the Montclair Co-op and Montclair High School screened the movie ELLIS, directed by the artist JR, followed by a powerful discussion led by prominent immigration experts and activists.

Inspired by the discussion Co-op art teacher Debbie Harner envisioned an Immigration Art Installation designed to visually represent who we are as a nation. Utilizing street art techniques such as stenciling and pasting, students from area high schools created imagery to represent their own immigration story and words that reflect the diversity of the American experience.

A public reception to celebrate the artists took place on Sunday, May 1, and the immigration conversation continued at screenings and events throughout the festival. Students’ art was on display in the Audible Lounge, located at 544 Bloomfield Avenue throughout the festival, and their work was sold via silent auction, with proceeds benefitting Comic Relief’s Red Nose Day, which seeks to create lasting change by tackling the root causes of poverty and social injustice. 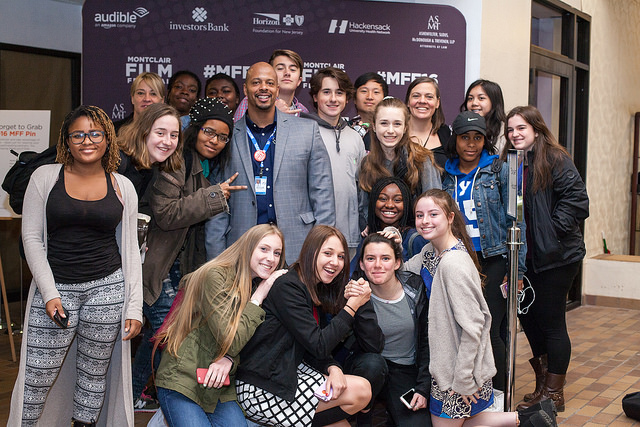 Students In The Cinema

In support of MFF’s Spotlight On Immigration, hundreds of students from Montclair High’s Global Studies, Center for Social Justice, and Women of the World programs, along with students from East Orange Campus High School and Montclair Immaculate Conception High School visited the MFF and attended free screenings of the film SONITA during school days. The screenings were co-presented by Shine Global and followed by a conversation with Erin Williams, Program Officer for International Women’s Health Coalition, and Shine Global co-founder and Executive Director, Susan MacLaury.