Registration is now closed. Walk-ins will be welcomed if there is space available. 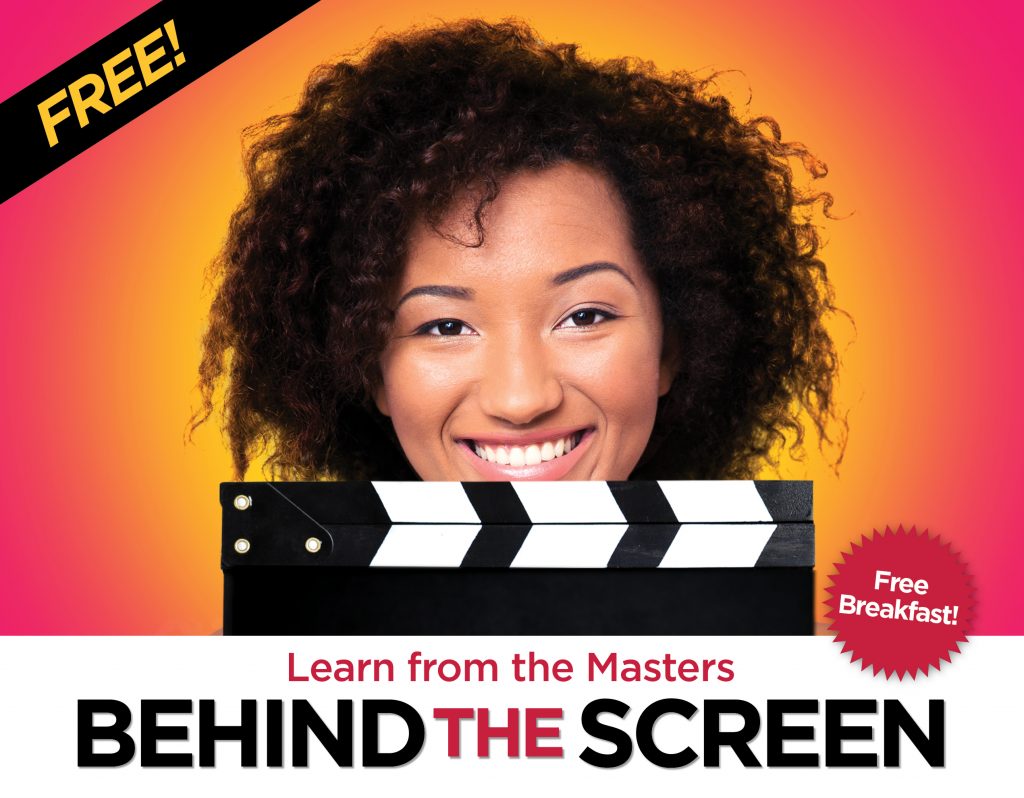 We are very excited to announce this year’s line up:

The BTS program is designed for students and adults from all backgrounds to discover the process for building a career in film and television through engagement with leading industry professionals. This year’s program focuses on television production, virtual reality, interactive storytelling, and strategies for crowd funding film projects, marking the first time that careers in interactive disciplines have been highlighted at BTS.

Susan Skoog, the Director of Programming for the Film Institute at Montclair State said, “Once again, we are thrilled to partner with MFF to bring Behind the Screen to our campus. BTS has become a much anticipated, annual event for our students and the community. This years hands-on opportunities and master classes are particularly exciting for the students and faculty.”

“Behind the Screen gives students and film lovers of all ages an opportunity to learn about the nuts and bolts of the creative process from leading voices in the industry. In addition to our traditional Film and TV Master Classes, this year’s program allows students to explore, interact, and experience exciting new forms of visual storytelling,” said MFF Education Director Sue Hollenberg.

Thanks to generous support from The Horizon Foundation for New Jersey, Behind The Screen 2017 is free and open to the public.